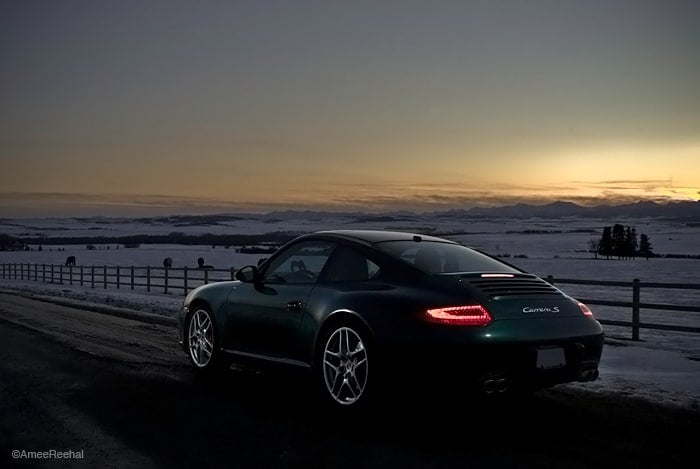 Look closely and memorize the subtle changes to the exterior. Otherwise, you may overlook the new 2009 Porsche 911 when it appears on American roads this September.

Porsche refers to it as a new generation, even though the internal chassis code 997 remains unchanged. We see it as more of a mid-term facelift with some significant technological changes. Notably, the water-cooled flat-six engines get direct-injection technology, and a seven-speed, dual-clutch transmission replaces the previous five-speed Tiptronic automatic while the shift-it-yourself option remains a six-speed.

Let’s describe the changes to the exterior as inoffensive. The front end looks slightly more Boxster-like, with a thin glass strip above the air inlet. It houses LED daytime running lights—which can be switched off—and traditional turn signals. Engineers wanted LED turn signals as well, like those on the 911 Turbo, but there was not enough room for the complete unit above the daytime-running lights. The rear lights have a slightly more complex shape than before and are fully LED, including the turn signals. [via]