Men vs. Women – Who Takes Care of the Car? 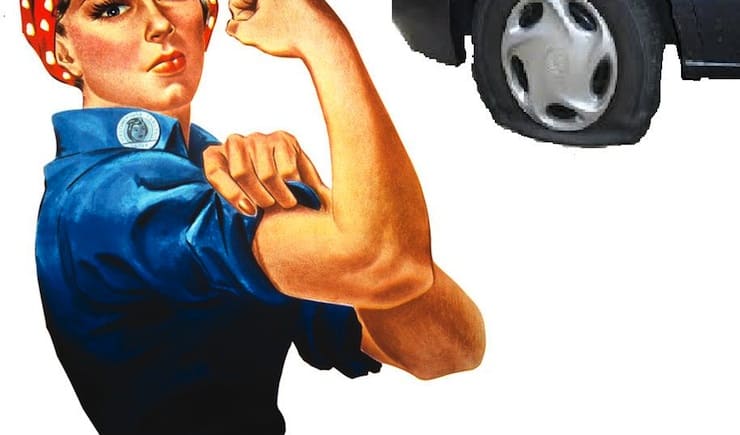 A recent study breaks down the Men vs Women car maintenance question. Yes, it’s a question worth asking.

A study about women, men and cars recently crossed the desk.

After reading it, I’m left wondering what my women’s studies professor from my college days would think about it.

Now, we’re not necessarily talking about getting under the hood and turning wrenches. No, this is more about who is making decisions such as when a car or SUV should be looked after and where it goes for said attention.

“In my house with two cars, I look after my own car, and I am also making decisions about my wife’s car,” says Michael Hsu, Ipsos Reid vice president. “In my situation, I just don’t think my wife is that interested – perhaps thinking, ‘It’s a car, it’s greasy, you look after it for me. I’ll go as far as pumping gas, and that’s it.’”

Keeping a vehicle on the road and extending its longevity comes down to proper and consistent maintenance; something where there is again a difference between female and male trends. The CAAM study reveals a gap between how often women and men bring a vehicle in for service.

So, just what parts of an automobile are getting attention? First and foremost is engine lubrication – oil changes — at 90 per cent. Wheels and tires are the next most common service at 50 per cent, air filters at 36 per cent, brakes at 32 per cent followed by engine tune-ups at 29 per cent.

“Generally speaking, I think car maintenance is still something females are not comfortable looking after for themselves,” Hsu says during a telephone interview from his Toronto office. “(This study shows) 59 per cent of women are looking after their own cars – but that means 41 per cent have a husband or partner, dad or brother, or a sister who is mechanically inclined, looking after their car.”

Hsu says much of the information gathered by CAAM is used by some of the big name oil companies and suppliers to understand just how they’re doing in the market, and to learn where and how Canadians service their vehicles.

The study, which is performed online, asks 3,500 everyday Canadians aged 18 and over about recent vehicle services they’ve had performed, where it was done, and how satisfied they were with the work. If the vehicle owner did their own servicing, the study asks what items were purchased to complete the tasks.

“There were some interesting findings,” Hsu says, and apart from the female/male statistics, he adds as an example: “I always thought people doing their own oil changes were doing it for economic reasons, that they could do it cheaper (than having it done at a dealer or other service provider).

“But those do-it-yourselfers are spending more money on premium products like synthetic oils. Why is that? I think it’s simply for the love of their vehicle. They like to tinker. They’re doing it for themselves and they’re putting in good quality motor oil – that was one finding I didn’t expect.”

Greg Williamshttp://gregwilliams.ca/
After graduating from the Journalism program at Mount Royal College in 1995, Greg Williams set out to write about powered vehicles, and more specifically motorcycles – and has been doing so ever since. This isn’t a part time gig for him. Williams has written for every major Canadian motorcycle magazine, and spent ten years with Inside Motorcycles where he penned the Western Perspectives column. He now contributes the New Old Stock column to Cycle Canada, the Pulp Non-Fiction column six times a year to the Antique Motorcycle magazine, and feature articles appear regularly in American Iron Magazine and Motorcycle Classics. His On the Road column runs weekly in the Calgary Herald Driving section and also republished Modern Motorcycle Mechanics — the motorcyclist’s bible. Greg is also the recipient of the Julie Wilkinson Motorsport Journalism Award.
FILED UNDER:
Culture

Disintegrating Part II: Artist Fabian Oefner is Back With More

One more reason the Jaguar XE SV Project 8 puts other...