The Moke International: Built for the war. Now belongs in your garage. 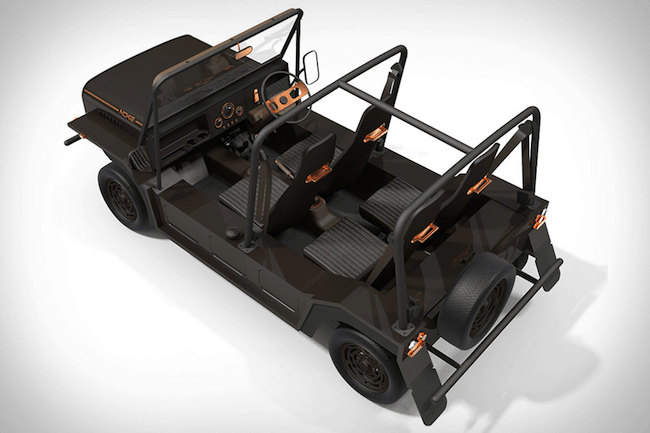 The MOKE, a cool mode of transportation that came alive in 1960, was initially planned to be used as a military vehicle. As a light and compact vehicle, especially with the windscreen down, the MOKE was packed in crates to be dropped off from the sky by parachute. Its original design was built with two engines and transmission but when the war ended it was decided that they would be sold to the public; even in its only color, Spruce Green, it was still a hit.

Six years later, the first MOKE to be produced away from Portugal was in Sydney, Australia. They called it the BMC Mini MOKE. But this would change in 1970, and would now be known as BMC MOKE. Before long MOKE was in a song, then soon the word MOKE was formed into SMOKE and it was not by the water but on the water. Then the years continued on and tradies had to have their own kind of fun when MOKE Utility was launched in 1974.

MOKE kept moving along, entering in 1977 when MOKE Californian made its debut; with its denim seat covers, updated comfortable seating that concealed the same type of basic frame, spoked wheels and complex tubular bumpers known as ‘roo bars’.

There was a never-ending desire to make MOKE better than before and in 1979, MOKE got a makeover; a new hood with zippered side screens, a larger fuel tank, rear seat belts, a larger front grill badge and the new ‘MOKE’ logo on mud flaps. It was a sight to behold.

Then MOKE moved…from Sydney to Portugal, proving there would only be so much life left in this brand of vehicle. In 1986, the MOKE was revamped once again only this time it meant using standard mini parts; with the revamp, the following additions soon followed in 1989, MOKE began to offer:

And sadly, only a few short years later, in 1992 productions of the MOKE came to a halt. But this would not be the end of a great name and vehicle. An all-electric boat isn't out of the question for Tesla Motors. But until that actually happens, Moroccan designer Belkharmoudi Aziz gives us a glimpse of what the company's future battery-powered watercraft could look like.
Read more