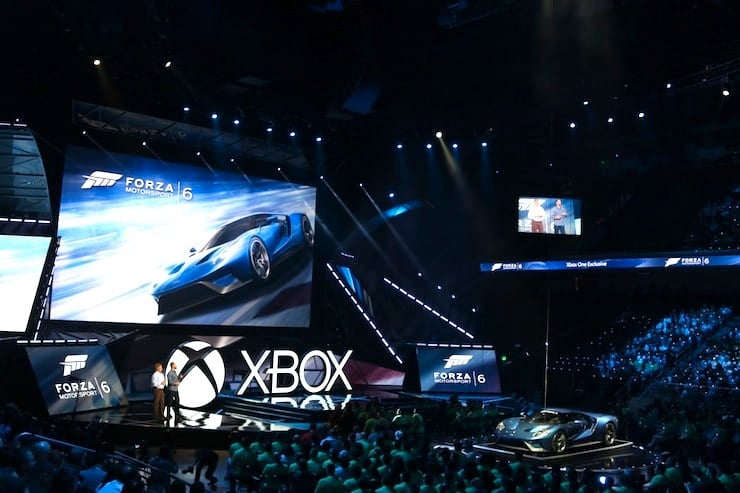 The Bad News: Only a few of the world’s top professional race car drivers will get to pilot the Ford GT in the GTE-Endurance Pro class at Le Mans next year.

The Good News: The rest of us will get the chance to sit in the cockpit (in our underwear) of the all-new Ford supercar when the popular Forza Motorsport 6 hits shelves and online gaming stores this September 15.

Debuting at the Electronic Entertainment Expo (E3) earlier today in Los Angeles, Ford debuted their ultra-performance GT in stunning fashion – descending from the rafters at the E3 2015 inside the Galen Centre.

More news about Forza Motorsport activities at E3 2015 is available at forzamotorsport.net. Amee Reehalhttp://www.ameereehal.com/
Shooting cars professionally since film was a thing, Amee's work has appeared in various outlets including NBC Sports, Chicago Tribune, SuperStreet, GlobeDrive, MotorTrend, and others. He's the managing editor & founder of TractionLife.com. Find him travelling, spending time with his kids and family. Or golfing, poorly.
FILED UNDER:
Culture2-Door CoupesFord Coupes