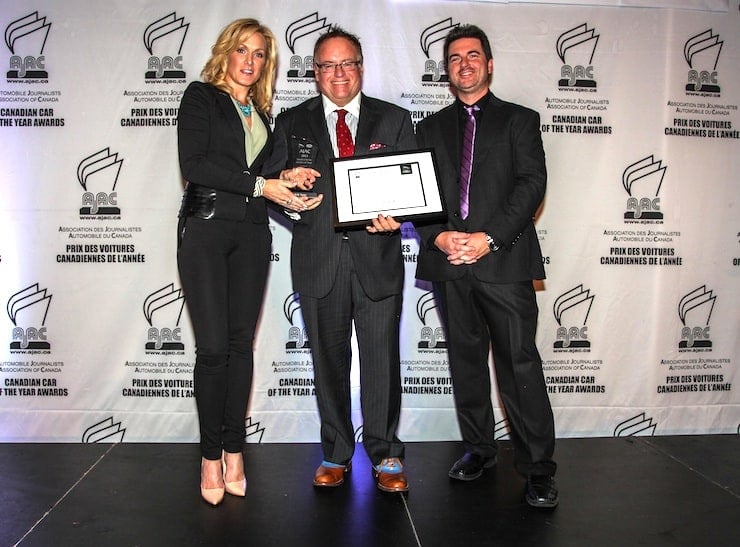 We take huge pride working with a small group of respected auto writers and photographers that continue to provide our readers with high-quality, credible auto reviews and content. So when we win a few awards, we’re going to shout it out! Our regular contributor Chris Chase from Ottawa, Ontario was honoured for his work on environmental issues as they pertain to the auto industry, and publisher/editor Amee Reehal from Calgary, Alberta won a runner-up Pirelli Photo Award for this shot of the 2015 Chevy Colorado shot earlier this year in Squamish, BC.

When we win, you win. Rock on.

2015 Award for Environmental Journalism presented by Volvo Cars of Canada:

Our regular writer Chris Chase went home with the Volvo Cars of Canada 2015 Award for Environmental Journalism which seeks to support journalistic reporting on the environmental issue of personal transportation including, but not limited to, design, manufacture, maintenance and recyclability. Each year’s entries may be recognized from any medium in the media including print, broadcast and digital. When making their selection, judges consider objective analysis of the subject, the ability to succinctly present the content to the reader, the clear and verifiable impact of the subject on the environment as well as the overall writing style of the piece.

The Pirelli Photography Awards are presented to AJAC members each year honoring the best in automobile photographs taken by auto journalists. Tractionlife.com publisher and editor Amee Reehal wins another photo award in 2015 for runner-up in the Best Un-published category. The Awards are presented in two categories: Published and Un-published work. Pirelli has sponsored this award honouring the best of Canadian auto journalism photography since 2005.

If you’re looking to buy a new vehicle this year, here’s a shortlist of cars and utility vehicles to keep on your radar.
Read more
Auto News