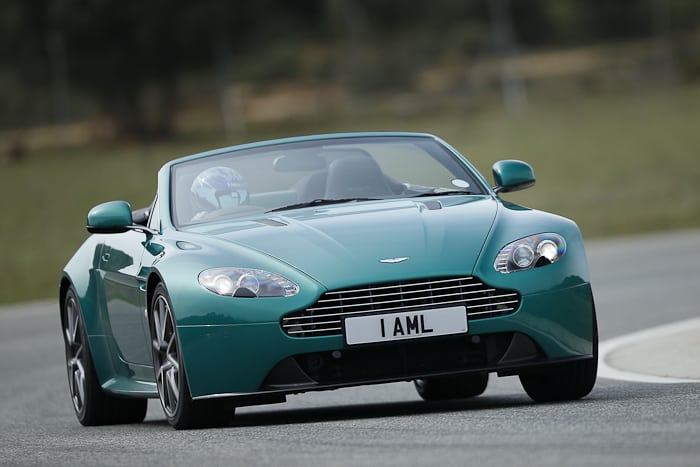 Ronda, Spain / Nürburg, Germany — Late last year, yours truly kicked off his test drive debut for this very website with an article on the Aston Martin V12 Vantage. The car was thoroughly, completely and utterly thrilling to drive—yes, the three adjectives are necessary.

The drive experience, which saw us take to the notorious Nürburgring Nordschleife racetrack at high speed, was the icing on what was already a very tasty cake. At the time, I thought I might have to call time on my career as a car writer, figuring that any subsequent experience would pale in comparison.

But I was wrong.

You see, I later had the chance to race the brand new Aston Martin V8 Vantage S around that self-same racetrack in a round of the Veranstaltergemeinschaft Langstreckenpokal Nürburgring (VLN for short, mercifully) series, which runs every two weeks from March to October.

The series highlight is the punishing and prestigious 24 Hours Nürburgring, staged each summer. Aston Martin is a fixture in this race—believing that it’s the best way to prove the inherent quality of its admittedly very pricey vehicles—and they use the other VLN races to tune up for the big show. Late last year, yours truly kicked off his test drive debut for this very website with an article on the Aston Martin V12 Vantage.

This past year, one of the cars to be featured was the Aston Martin V8 Vantage S, a higher-performing version of their least expensive 2+2 sports coupe. This car is powered by a 4.7-litre V8 engine that produces 430 horsepower and 361 lb-ft of torque—some very serious numbers that serve to catapult this British bulldog down the nearest open road with genuine alacrity.

The Vantage S employs the company’s new 7-speed automatic Sportshift II transmission; it’s been calibrated to ensure that you’re never in one gear for long, particularly if you want to explore the nether regions of performance. The Aston is available in coupe or convertible form; these two versions bring the total number of Vantage models on the market to an even dozen. Of course, I was eagerly anticipating my chance to drive the race version of the V8 Vantage S coupe, but my first taste of the car took place at a press event held at the Ascari Race Resort in southern Spain. It was here that the easy-to-drive nature of the car revealed itself; despite the fact that the Vantage was exactly the same as you would find in your local Aston Martin showroom, it was clearly capable of being thrashed around a racetrack until the Spanish cows came home.

The power of the car was impressive, but not overwhelming. The guttural roar of the V8 was urgent and oddly fulfilling, particularly when driving the roadster with the top down. The brakes, which felt as though they were fading after repeated abuse at the end of the track’s longest straight, ultimately did not fade at all. But the true strength of the car was its balance; around the Ascari circuit’s wide variety of turns, the Aston proved to be nimble, adaptable and downright fun.

If anything, the race version of the V8 Vantage S—dubbed the GT4—takes these qualities and simply amplifies them.

…there’s nothing quite like racing an Aston Martin around the Nürburgring, even when that race doesn’t quite go according to plan.

The engine has been tuned to produce more power and torque; the manufacturer shies away from revealing exact figures, but I’d estimate about 50 more horsepower and an additional 30 markers in the torque score. The suspension system—already a strength of the road-going version—has been revised to offer more adjustment options to deal with the many bumps and humps of the Nürburgring. A completely revised braking system has been fitted, so any sign of brake fade, even a false sign, has been eliminated. The interior has been stripped and fitted with a roll cage and a single racing seat. Although this process has removed a lot of the naturally racy features of the Vantage V8 S (including the full-grain leather interior), it was a necessary move to make the race car as light as possible. This weight-savings regimen has been applied to the wheels and various body panels as well.

Even with the many changes need to prepare the V8 Vantage S for racing, the car still proved to be easy to drive when it came time to race. Painted orange and nicknamed “Smurf,” the Aston was immensely forgiving as this track novice worked at learning the 73 different turns in the heat of battle.

Ultimately, that battle got the better of me; in the second hour of the four-hour race, Smurf was struck from behind by a black Porsche, causing the right rear wheel to flatten and leaving me some 16 km away from the pits. I drove the car around on three wheels in the hopes of making it back for service, but the Aston eventually ground to a halt and could be driven no further.

Lessons learned: First, that the 2012 Aston Martin V8 Vantage S is a very desirable car that might break the bank, but won’t obliterate it completely; pricing for the coupe starts at $159,000, while the roadster adds a further $15,000 to the ticket. Second, that there’s nothing quite like racing an Aston Martin around the Nürburgring, even when that race doesn’t quite go according to plan. 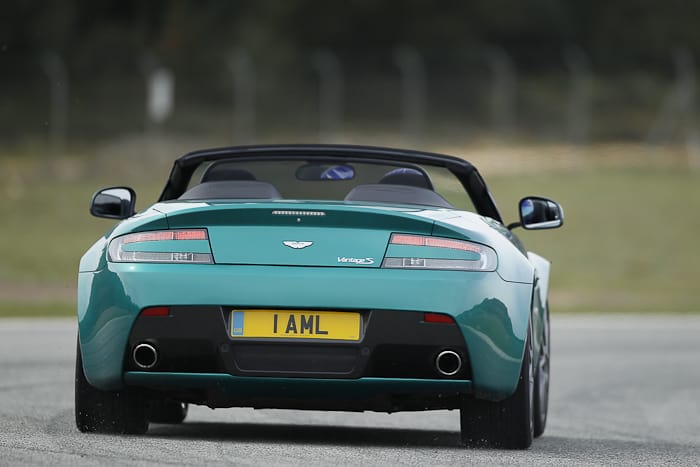 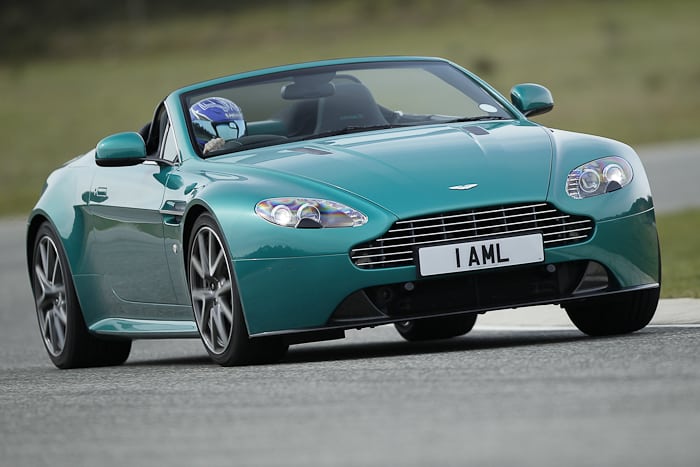 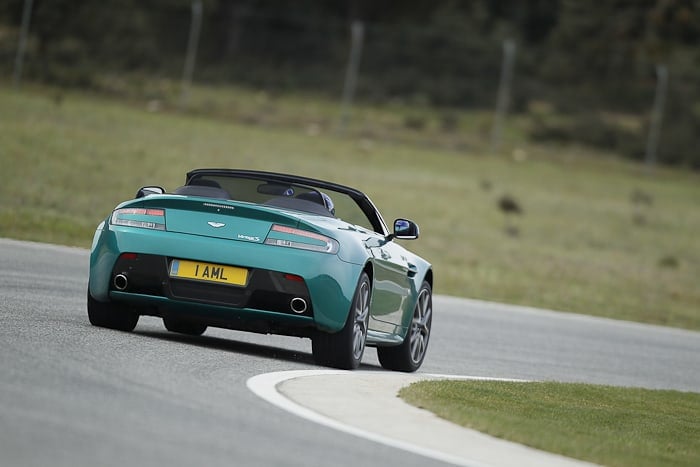 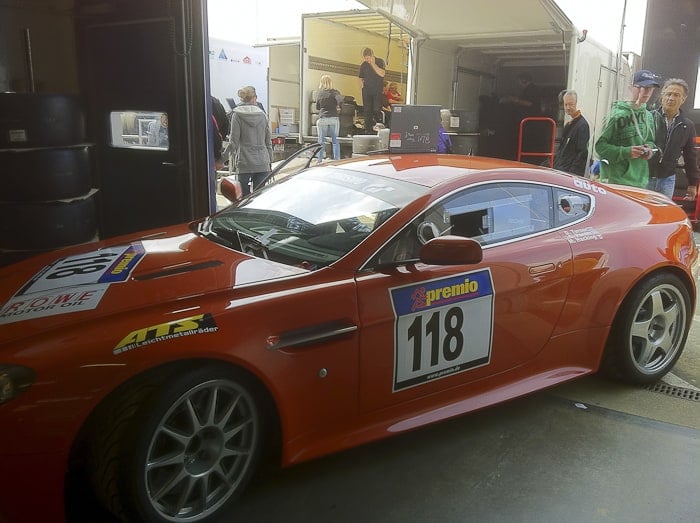 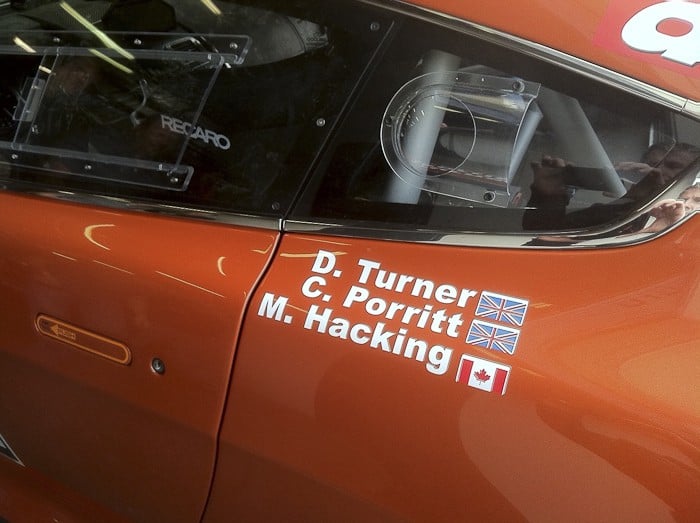 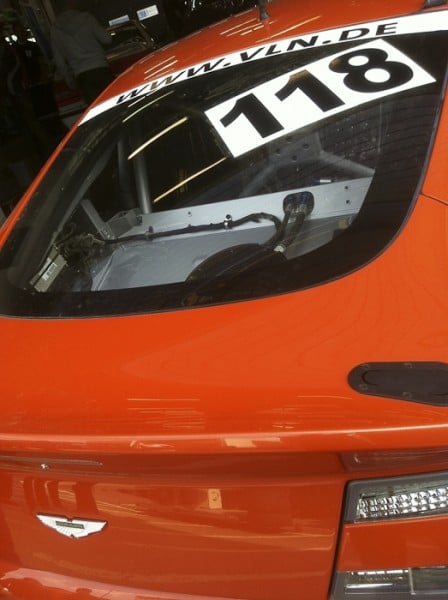 Mark Hackinghttp://www.markhacking.com/
Mark Hacking is an award-winning car, motorcycle and motorsports journalist whose work has appeared in Azure, enRoute, Intersection, NUVO and Toro, among many others. He is the former editor of Performance Racing News, the former managing editor of DRIVEN, and a member of both the Automobile Journalists Association of Canada and the Motor Press Guild of California. An avid racer, Mark is a three-time podium finisher at Targa Newfoundland and, this past season, raced in the VLN Series at the Nürburgring with the factory Aston Martin team. His motto in life: Drive fast, take chances.
FILED UNDER:
Aston MartinCar ReviewsAston Martin ReviewsNew CarsConvertible ReviewsCoupe Reviews

Aston Martin's first SUV makes its global debut in Bejiing Nov. 20, but the brand has released pricing for the 2020 DBX to get the party started early.
Read more
Hyundai

The N brand launched in Europe with the i30 hatchback and comes to North America with the mechanically similar Veloster N, now in its 2nd-generation.
Read more
Ford Mustang

For 2018, Jaguar has pushed the F-Type performance envelope into the stratosphere by unleashing the 575-hp F-Type SVR.
Read more
Aston Martin

The iconic James Bond car from the classic Goldfinger film is being recreated - working gadgets and all. Sporting 282-hp but not road-legal.
Read more
Mercedes-Benz

The Mercedes-AMG GT-C Roadster is the third offering in the company's four AMG GT model range. We put this 550-hp Mercedes cabrio to the test.
Read more
Nissan

20-years later, the new Porsche 718 Boxster finally matures into the coupe it was meant to be.
Read more
2018 SUV and Crossover Reviews

Here's a closer look & full review of the new 2018 Stelvio Ti - the mid-range offering of the mid-size sport SUV. But is 280 horsepower enough to compete?
Read more