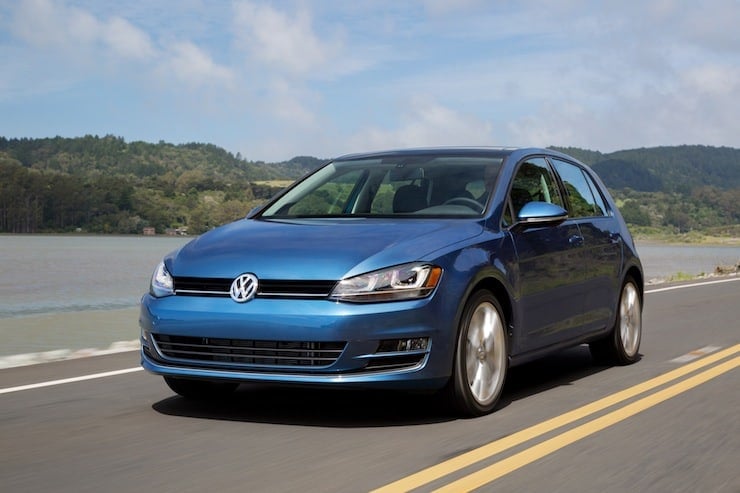 As we’ve seen from such cars as the Honda Fit or Mitsubishi Mirage, getting a car with fuel economy in the 7.0 to 8.0 litres per 100 km range isn’t impossible. Getting it in a car that’s an absolute blast to drive? That’s a bit more challenging.

Then along comes the Volkswagen Golf 1.8 TSI. It’s powered by a 1.8-litre turbocharged four-cylinder gas engine. In the tester, it was mated to a slick five-speed manual.

The fuel consumption? It ended its stay in my control with an average of 7.8 l/100km. And, as is usual for any time I’m driving a press car, that’s without heroic (or stupid) measures to conserve gasoline. I try to drive the way I normally would, putting my foot into it the odd time and having an average pace of acceleration at others.

My ‘normal’ might be a more conservationist than most drivers’, but I make sure I’m never someone else’s rolling roadblock and I never sacrifice commute times at the altar of conservation. The official numbers for the Golf are 9.3 city and 6.4 highway with the manual transmission.

So you can imagine how impressed I was the fuel consumption average never nicked above 8.0, even with largely city driving. (Given the change in fuel-consumption testing methods for 2015, it’s not surprising to meet or even beat the official numbers any longer.) The engine is, essentially, a destroked version of VW’s popular 2.0-litre turbo, which till now, was my favourite inline four-cylinder engine (I’m still torn between the VW mill and Subaru’s H4 turbo boxer engine, which, of course, isn’t an inline).

The 1.8 shares many parts with the 2.0, and, like the 2.0, is built in Mexico. Best part, according to Thomas Tetzlaff, VW Canada’s public relations manager, is it runs on regular fuel.

The engine is part of what Tetzlaff says is VW’s modular family of engines, which means it shares common mounting points with a variety of VW engines, allowing for easy interchangeability on the production line.

Because it’s a small engine with a turbo, when you don’t have your foot into it, you’re basically cruising with a small engine, helping the fuel mileage. Spin that turbo a lot, however, and you will start to burn fuel at a prodigious rate. It isn’t just the acceleration that makes the Golf fun to drive, however. The steering is tight, with good feedback and precise turn-in. Despite the electric power steering, it’s not numb.  (Put it this way, it felt good enough I had to ask…)

The four wheel independent suspension (coil springs front, multilink rear) give the car lots of grip in corners and torque steer is well-controlled.

The brakes clamp down hard when you need them, but are controllable, too. Most importantly, the car stays true as it comes to a stop.

As I alluded, the gearbox uses a slick shifting mechanism that’s easy to shift and precise. You won’t be hunting for third, as the shifts are almost intuitive. If you’ve been resisting manual transmissions because you think they’re difficult to learn, try this one. The clutch has a progressive but certain engagement that makes it easy to get the hang of.

From a safety perspective, there’s a lot to be said for driving stick. It forces you to pay attention to driving. Automatics tend to make it almost too easy.

The Golf continues its packaging as a hatch, in either three- or five-door configurations. It’s a classic, sharp-looking design that is so much more attractive than most of its sedan competitors. The hatch also offers decent cargo volume.

Kelly Taylor
Kelly Taylor has been writing about cars since 2000. His favourite ride has been the Audi R8 from Thunder Bay to Winnipeg, where he nearly traded the car for a Ford Ranger, a Greyhound Bus and the Blue Heron Gift Store in Kenora, Ont.
FILED UNDER:
Compact SedansVW Golf Reviews & News