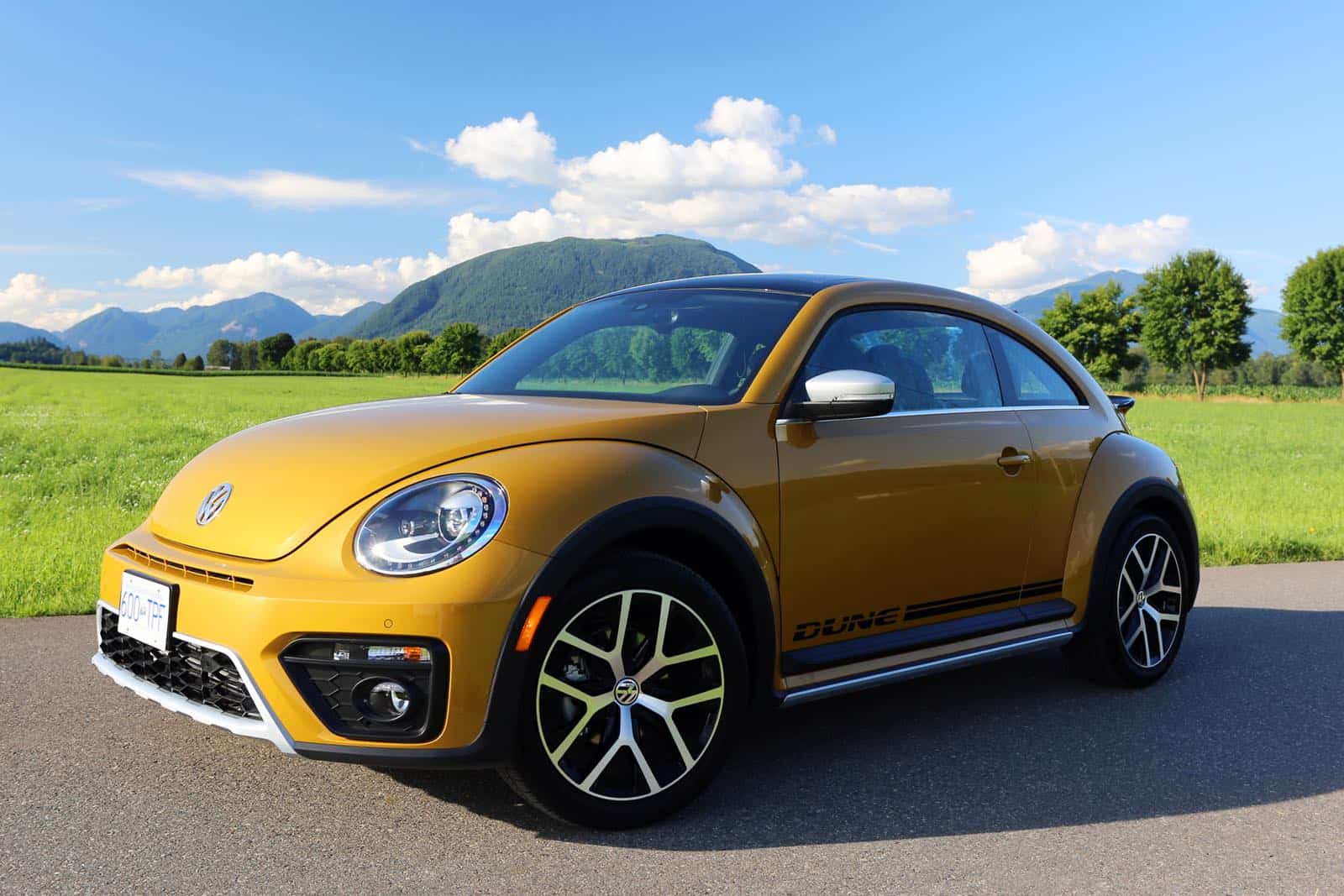 The Volkswagen New Beetle arrived for model year 1998, and the curvaceous compact commuter proved so popular that consumers were willing to pay hefty premiums to get their hands on them. However, after a few years interest started to wane, even with a mild Beetle facelift in 2006, but increased competition from more modern and more stylish rivals lead VW to pull the plug on the model in 2010.

Soon afterwards a downturn in the economy and a surge in gasoline prices lead consumers to seek out smaller and more efficient automobiles, so the decision makers at Volkswagen decide to reverse their decision and develop a new model which would be introduced in 2012. The car now shared it platform with the venerable Jetta, and to signify the fact that this car was significantly different than its forebear, it rolled into showrooms as the Beetle.

Flash forward to 2016 and the product planning folks have decided to broaden the model range of the reborn Beetle offering, and with the arrival of the bold Beetle Dune model, I suspect the stalwart German auto maker might lure some new buyers into company showrooms.

This is good news, particularly after the diesel debacle that hammered the VW name and left the company’s reputation a little bruised and battered.

The Dune is a special-edition Beetle that has been designed to serve as a reminder to folks that  the iconic little runabout used to be a favourite with imaginative owners who sought to give their cars a little extra personality. Early Beetles provided a solid foundation for the mechanically inclined to create their own rolling masterpieces, many of which took on a “Baja” theme evoking the look of off-road racers and reflected the carefree beach culture lifestyle.

To accomplish this, the all-new Beetle Dune features extended fenders, unique front and rear fascias, and a wider track. All of this new attitude is suspended on oversized 18-inch signature Canyon alloy wheels that raise the car 0.4 inches of extra ground clearance over that of other Beetle variants.

The end result is the car has the aggressive all-wheel-drive look of a cross-over, but remains a front-wheel drive vehicle. Many, including myself, will feel that this is unfortunate, as VW’s 4Motion all-wheel-drive system is well sorted and would really help make this car truly special. However, I suspect that the decision was made to remain a two-wheel drive platform to keep costs down and reduce maintenance.

The car’s styling is bold enough to give it plenty of curb appeal, and our tester attracted lots of attention due to its concept-worthy Sandstorm Yellow metallic paint. Dune models can also be ordered in either Onyx White or Deep Black.

Motivation for the Dune comes from a turbocharged 1.8-litre, inline  four-cylinder engine that produces a healthy  170 -horsepower (@6,200 rpm)  and 184  lb.-ft of torque (@1,500 – 4,750 rpm). This peppy performer is mated to a six-speed automatic with manual shift capabilities, although no shift paddles are offered. The rate of acceleration is decent as the car will hustle to 100 km/h in about  7.5 seconds.

While the Beetle Dune may not be the off-road marvel you were dreaming of, it’s wide track, capable suspension (strut-type front and multi-link rear), and communicative speed-sensitive steering help give the car a stable feel when driven enthusiastically into corners. The disc brakes are firm, and fade free, and  Electronic Stability Control and a full complement of other electronic nannies will keep things in check.

The interior is attractive, and with many of the panels painted to match the car’s exterior there is a retro feel that works to make it very appealing to the eye. Supportive, manually adjustable leather /leatherette bucket seats with contrasting Curry stitching  greet the driver and front passenger, while the tidy rear compartment features two seats best suited for nimble smaller adults and children.

All the car’s controls fall readily to both hand and eye, and simplicity is the recipe for success in this department, leaving the dash and console uncluttered and very functional. Our car was fitted with the optional technology package which includes Blind Spot Monitor with Rear Traffic Alert, satellite navigation, and the Discover Media radio and  Fender Premium Audio System. This is a $1,570 upgrade that seems like a bargain when compared to similar offerings in the same segment.

Visibility isn’t great rearward, but there is a backup camera concealed within the rear VW badge that swings into action as soon as reverse gear is engaged, and the dash-mounted monitor is well placed up high on the centre stack. Excellent power-operated mirrors and bumper mounted proximity sensors (front and rear) will help take most of the stress out of manoeuvring the Dune in confined spaces.

While the Beetle Dune may not be the off-road marvel you were dreaming of, it’s wide track, capable suspension (strut-type front and multi-link rear), and communicative speed-sensitive steering help give the car a stable feel when driven enthusiastically into corners.

Takeaway: is this special edition bug worth it?

The Beetle Dune provides budget conscious consumers with a well equipped, nicely priced and very unique looking car that proved entertaining to drive. A convertible variant is currently available south of the border, and Volkswagen Canada plans to also offer the open car in the near future.

Russell Purcellhttps://www.flickr.com/people/autoexposurecanada/
Russell Purcell is an award-winning automotive journalist and photographer based in Vancouver, B.C. His passion for automobiles was sparked at the tender age of six, when a family friend gave the wide-eyed first grader a ride to school in a track prepared Porsche 911 RSR. He continues to fan the flames by building an impressive library of automotive related books as well as a vast collection of interesting automobilia and motoring artefacts. Russell is a member of the Automobile Journalists Association of Canada, and is active on Twitter as RoadTestRuss.
Array