Updated Ninja ZX-10R with a new rider behind the bars 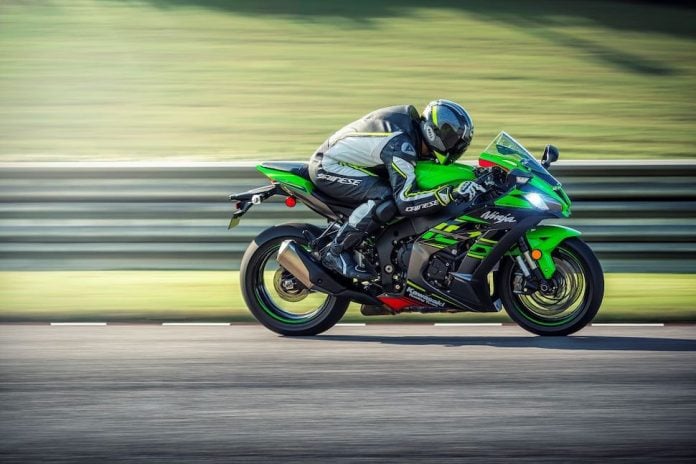 Jordan and Amy Szoke have both signed an exciting deal with Canadian Kawasaki Motors and Blackfoot Motosports for the 2019 Mopar Canadian Superbike Championship season. The name Szoke should be recognizable to even the most casual observer of motorcycle racing in Canada.

Jordan Szoke has the honour of being the winningest rider in Canadian Superbike history. With the help of a perfect season in 2010, he’s won more races and championships than any other racer in the series. His wife Amy is no stranger to racing either. Among the top female racers in North America, she returned from a hiatus last season to pilot Jordan’s championship-winning BMW S1000RR, finishing 8th overall in the amateur superbike season.

Jordan Szoke has signed a two-year deal to run his Mopar Express Lane backed super bike team for the next two seasons. He will defend his Mopar Canadian Superbike National Title aboard the 2019 Kawasaki Ninja ZX-10R backed by Blackfoot Motosports. “I am really excited about this new venture,” grins Szoke. “I started out my super bike career on a Kawasaki, so it just seems fitting to finish it on Team Green.”

Szoke explains that he started his Superbike career on a 1993 model Kawasaki Ninja ZX-7RR in 1997 at Atlantic Motorsports Park, bringing home his very first National Superbike Championship in 1998. Szoke and Kawasaki had one of the most successful runs in Canadian History with a 4-year winning streak, sweeping both the Superbike and Pro 600 titles from 2006-2009.

“We are excited to have Jordan back on a Ninja, the bike that helped launch his superbike career back in the late 90’s,”says Brad Goodbody of Canadian Kawasaki Motors. “With the global racing success of the Kawasaki Ninja ZX-10R, and the improvements made on the 2019 model, we are really looking forward to seeing what Jordan and his Wanzie Racing Team can do in the CSBK Championship.”

Following her season competing in the Superbike class, Amy will be returning to CSBK on a Kawasaki Ninja 400 in the Lightweight Sportbike Class. She cites the switch in class to financial and scheduling constraints as she also works as a stunt rider in television and film, but doesn’t rule out the bigger bikes again in the future.

Backing Kawasaki with their new venture is Calgary-based Blackfoot Motosports, one of Canada’s largest powersports dealers. They have a rich racing heritage both on and off road winning multiple championships both on the asphalt and the dirt.