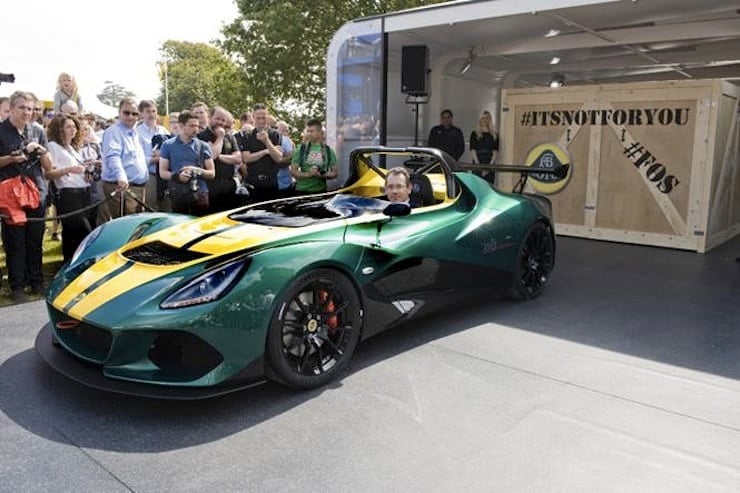 The Lotus 3-Eleven is the company’s quickest (and most expensive) series production car, unveiled at the 2015 Goodwood Festival of Speed.

Two versions of the quickest production Lotus 3-Eleven road car to date, including the Road and Race, were unveiled today at the 2015 Goodwood Festival of Speed in Europe, both versions developed through the automakers Motorsport division.

The new 3-Eleven lapped the Hethel track in 1 minute, 22-seconds; powered by a supercharged and charge-cooled 3.5-litre V6 engine — an engine first shown in the Evora 400, which includes a supercharger with integrated water-to-air charge cooler.

The exterior finds lightweight body panels using new resin infusion composite technology while the cockpit is expectedly racer-focused with a new race spec colour TFT instrument cluster that can be switched between road and track modes. If you’re looking to buy a new vehicle this year, here’s a shortlist of cars and utility vehicles to keep on your radar.
Read more
Auto News

The 2016 Kia Sportage Debuts in Germany? It Makes Sense