The bespoke motorcycles rolling out of London-based Auto Fabrica’s garage manage to blend just enough conceptual design with next-level craftsmanship — basically, gallery-worthy custom bikes you can actually ride. Brothers Bujar and Gazmend Muharremi started the company back in 2013, and we’re glad they did.

Project Type 11 pushes the builder’s design and production to another level with three gorgeous prototypes kicking things into action. But it’s the Type 11: Prototype Two based on the Yamaha 900cc Triple — a road going version of the first Type 11 — that caught our attention.

Bespoke cafe racer unlike the others

A stripped down XSR900 built from the ground up in limited numbers and to client specs, Type 11 Prototype Two rolls on BST Carbon Wheels wrapped in Diablo Supercorsa V2 tires. Paired to Brembo brake callipers and Ohlins front/rear forks and shocks, the Auto Fabrica team made sure this progressive bike could handle real-world riding dynamics. The result? A Yamaha sculpture on wheels, really.

First thing that’ll hit you is that smooth, futuristic, bullet-shaped front fairing inspired from the 50s and 60s, with a singular, simple headlamp which the builder states “became a character feature, highlighting and enhancing the classically inspired form language in this radical and progressive design.”

A super short foam seat wrapped in Alcantara leads to a set of rear taillights shaped like rare crystals literally protruding out the back. Aluminum grips and yokes, carbon-nylon radiator covers and components, and a body handmade and formed round things out for this stunner first introduced last April. 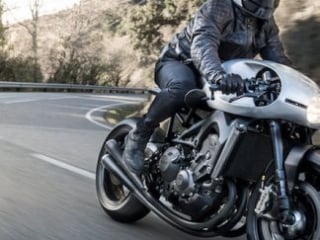 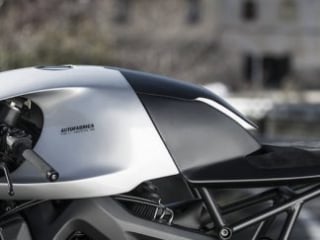 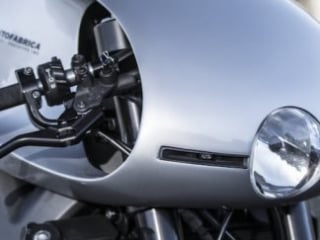 Up Next: Concept Motorcycles