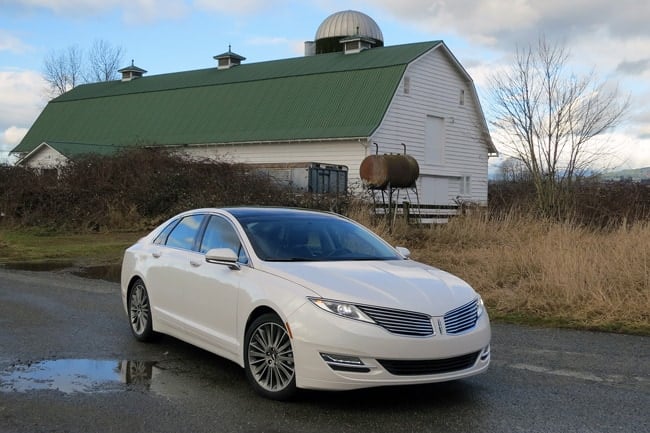 Luxurious & Economical, The 2014 Lincoln MKZ Hybrid is Priced Just Right for buyers getting into the premium segment

When I was a young lad, if you drove a Lincoln, you were viewed as someone who had made it. You might be a captain of industry or a sports hero, or if the car rolled by in stretched limo form, you were obviously a rock star.

Unfortunately, the luxurious Lincolns of the past are long gone, as the brand lost much of its lustre with the arrival of more dynamic competitors from both Europe and Japan. Even GM’s Cadillac division was leaving Lincoln in its wake.

With the downturn in the world economy North American automakers were struggling to survive. Drastic measures were needed to ensure fiscal stability, so the Ford Motor Company decided to sell off Jaguar, Aston Martin, and Volvo in an effort to right the corporate ship and focus on its domestic offerings. This left Lincoln as the company’s lone premium brand, but the storied  marque had become stagnant over the last decade, as the Navigator, an over-sized SUV, and the seriously outdated Town Car were the company’s only offerings.

A concentrated effort was made to return Lincoln to its former glory, and the resulting product lineup now includes a number of new models that have been designed to attract a new wave of customers to the once proud nameplate.

One look at the Lincoln MKZ and it is obvious that the design team has worked hard to differentiate these new models from their sister offerings at Ford. While shared platform designs represent the bricks that give the modern car company a solid foundation to upon which to build, it is equally important that the different brands establish their own identity. Available in three flavours, the MKZ is a mid-sized, front-wheel-drive sedan that Ford officials hope will help re-establish the Lincoln brand. It has been penned to be elegant, luxurious, and chock full of technology. An aging customer base is a killer, so the MKZ is aimed at bringing a much younger consumer into the Lincoln family.

There are two gasoline engine choices available. Entry level cars are fitted with Ford’s 2.0-litre EcoBoost four-cylinder engine which produces 240-horsepower and 270 lb.-ft of torque. For those consumers that appreciate the smooth running of a V6, Lincoln offers the MKZ fitted with a 3.7-litre unit good for 300 horsepower and 277 lb-ft. Both of these models feature a six-speed automatic transmission, and all-wheel-drive is available as an option.

The subject of this review is the MKZ Hybrid, which is fitted with a 2.0-litre, Atkinson-Cycle inline four-cylinder hybrid engine and an Electronic Continuously Variable Transmission (e-CVT). This ultra-efficient power plant generates 188 combined horsepower and 129 lb-ft of torque, and is only available in front-wheel-drive form.

Lincoln Drive Control is standard, which is an automatic system which intuitively integrates a variety of systems – engine, transmission, steering and chassis- to reduce noise, refine the ride, and improve driving dynamics. It seems to work, as the car is a precise handler, and overall ride quality was smooth and serene throughout my test period. I found acceleration to be very linear, as the car surges forward quickly and quietly with surprisingly little noise from the e-CVT. In fact, the MKZ Hybrid is one of the quietest cars I have ever driven.

The spacious passenger compartment features excellent seating and good visibility. All controls are within easy and the dash and console look very modern. Gear selection is made via a vertical strip of soft touch buttons, while touch sensor controls are used to operate the climate control system.

An aging customer base is a killer, so the MKZ is aimed at bringing a much younger consumer into the Lincoln family.

The MKZ is luxuriously appointed and a variety of trim levels allow you to make it quite opulent.  Features such as perforated leather seats, real wood and alloy trim, full LCD instrumentation, a THX certified sound system, and heated and chilled front seats create a very pleasant environment. Optional safety equipment packages include a suite of advanced driving aids such as Lane Keeping Aid, Lane Keeping Alert and Driver Assist, as well as Adaptive Cruise Control and Collision Warning.

The MKZ model lineup is distinctive and offers a nice mix of technology and style. All three variants should sell well, but the hybrid version may prove to be the star, as it represents an attractive package at a very competitive price. Welcome back Lincoln. 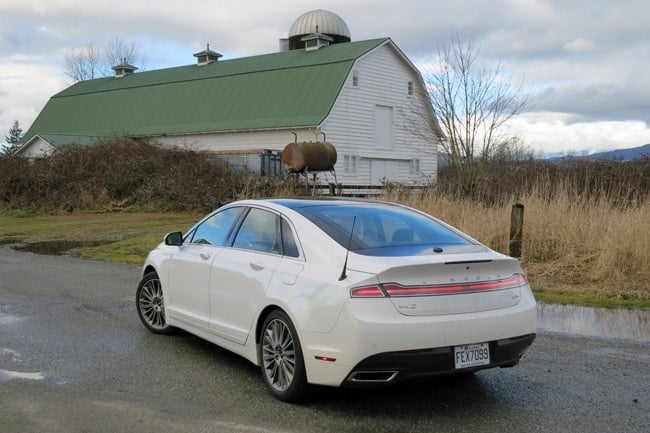 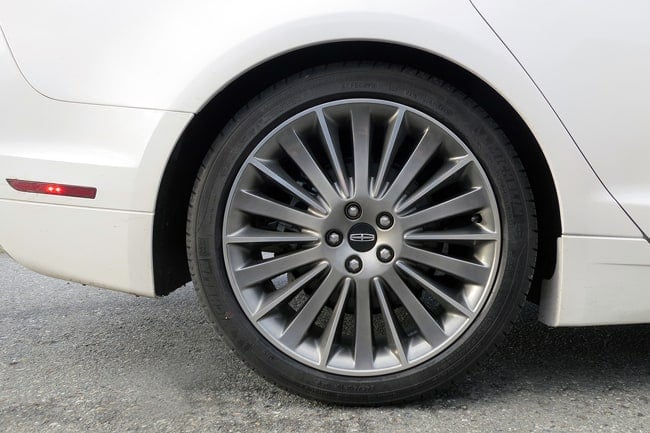 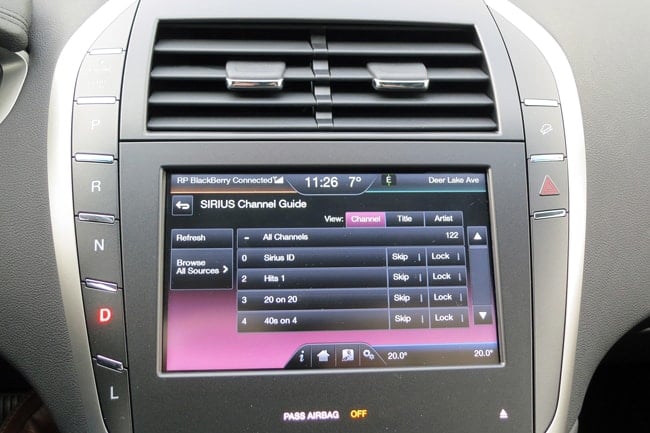 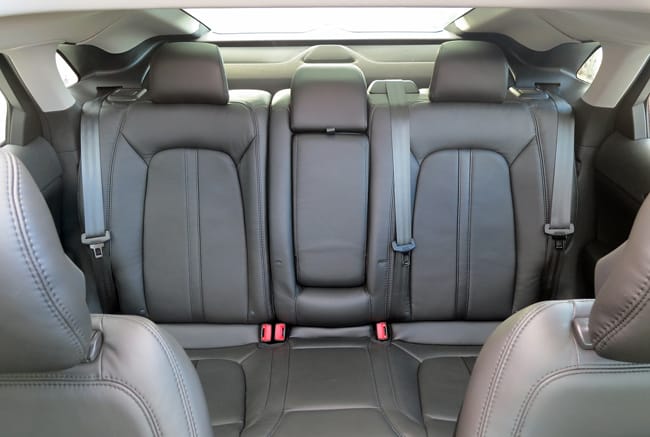 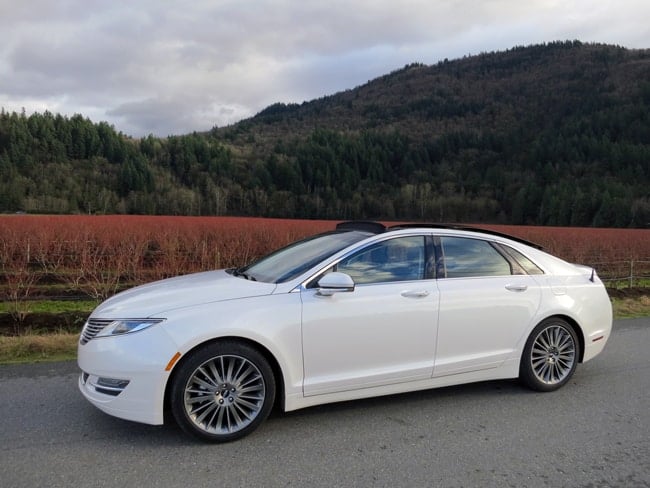 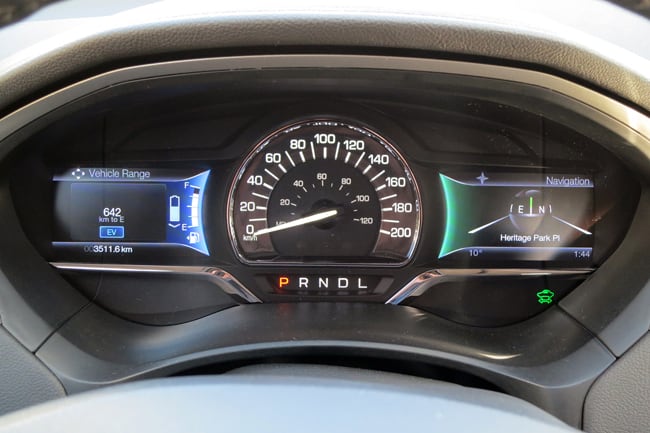 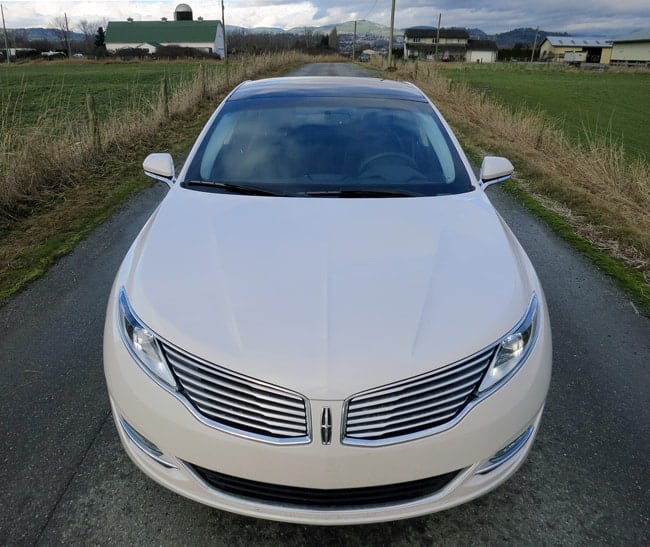 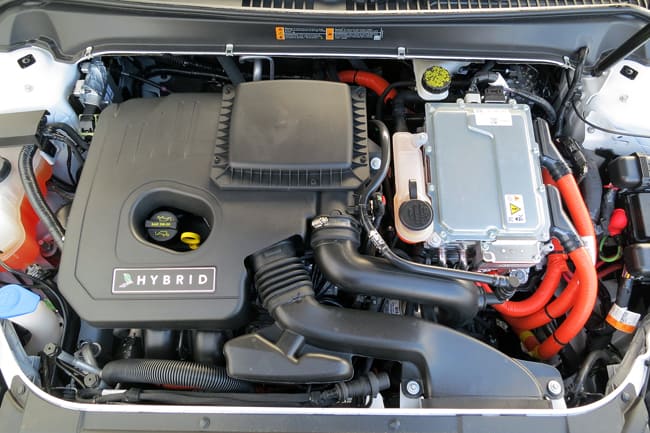 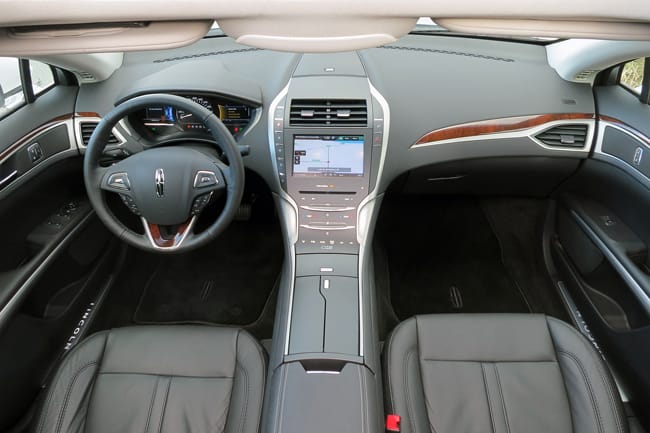 Russell Purcellhttps://www.flickr.com/people/autoexposurecanada/
Russell Purcell is an award-winning automotive journalist and photographer based in Vancouver, B.C. His passion for automobiles was sparked at the tender age of six, when a family friend gave the wide-eyed first grader a ride to school in a track prepared Porsche 911 RSR. He continues to fan the flames by building an impressive library of automotive related books as well as a vast collection of interesting automobilia and motoring artefacts. Russell is a member of the Automobile Journalists Association of Canada, and is active on Twitter as RoadTestRuss.
FILED UNDER:
New CarsCar ReviewsHybrid and Electric Car ReviewsLincoln ReviewsSedan Reviews

Does the 2021 Acura TLX A-Spec SH-AWD offer the engagement at everyday speeds that you'd expect from a 'sports sedan?'
Read more
Subaru Legacy

No question, the 2020 Corsair enters a competitive field of luxury compact utilities. But Lincoln's MKC replacement holds its own with style, power & tech.
Read more
Porsche

Kia ramps up its stylish compact 4-door with a new sporty GT model putting down 201-hp from a new 1.6L turbo engine. Not quite a Stinger, but getting close.
Read more
Honda

Pros Familiar styling, inside and outSeamless powertrain integrationFuel economy Cons Engine is noisy under loadPrice premium in CanadaIrritating walk-away auto lock The Honda Insight is back for a...
Read more

What is Apple CarPlay?

Automakers are integrating Apple CarPlay into new vehicles with aftermarket head units available for older cars. But what is CarPlay? The apps? We explain.
Read more
Ford F-150