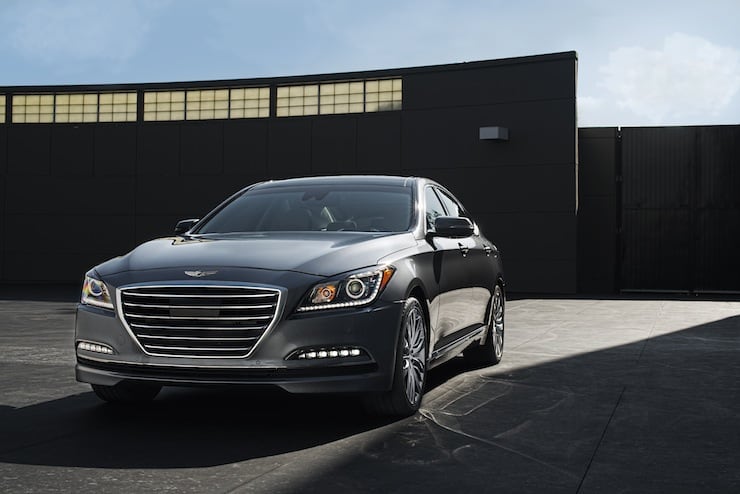 The German-fighter from Korea, we review the 2015 Hyundai Genesis 3.8 Tech model powered by the V6

EDITOR’S NOTE: Genesis is now its own brand. Check out our Genesis page here.

At its introduction in 2009, the Hyundai Genesis was intended as a credible alternative to established luxury sedans from BMW, Mercedes and Lexus, among others. On paper, it earned all the credibility it could stand, equipped with more standard kit than its competitors. It was less believable in the flesh: its driving dynamics were far from perfect, and inside, there was a bit too much in common with the brand’s usual budget-priced offerings to let it be taken seriously.

Styling: Improvements in all the right places

It’s a different story now, as Hyundai takes its second shot at the luxury sedan segment. The new car looks less generic, particularly the blunt, pedestrian impact-friendly nose. The winged Genesis logo prompted two people to ask if this was “some kind of Bentley;” that’s the kind of reaction any car company should be after.

Unlock the car and the power-folding mirrors unfurl and shine the Genesis logo on the ground. A bit much, really, but classy. As before, Hyundai offers six- and eight-cylinder power; my test car was the 3.8 (V6) Tech model, as well-equipped as can be had with the smaller engine. The good news is you don’t need the V8 to drive away in a capable big sedan: the six’s 311 hp and 293 lb-ft of torque is perfectly suited to moving the Genesis swiftly, if not outright quickly.

If this engine has to work harder to get the Genesis up to speed, that only gives you more time to enjoy the lovely exhaust note, one of this car’s most pleasant surprises from a performance perspective.

The eight-speed transmission is a smooth piece, making flawless upshifts and proving eager to downshift when acceleration is called for. Three driving modes – eco, normal and sport – let you tailor the drive to your liking. Sport mode follows through on the promise of its name better than eco: against estimates of 14.4 L/100 km (city) and 9.4 L/100 km (highway), my test car averaged 12.6 in mixed driving. Handling is also much improved over the outgoing Genesis. Steering feel still isn’t great, but the car responds more willingly to quick steering inputs, and decent chassis balance means it’s actually kind of fun to throw the car around. That’s a bit of a surprise, given the car’s compliant suspension.

All-wheel drive is standard (the old Genesis was RWD-only), and that’s better for putting power to the ground in hard charging, but more importantly, it’ll make for improved foul-weather performance. It’s at least $10,000 nicer in here than my test car’s price would suggest. The front seats are lovely, if a bit hard, with standard 12-way adjustment, including lumbar and thigh support.

Navigation is part of the basic package; ventilated front seats, heated rears, heated steering wheel and auto-dimming side and rear view mirrors are included from mid-range Luxury trim on up. Rear seat legroom is good, but not much more generous than the roomier of family sedans (Hyundai’s own Sonata included). You might be more impressed by the wood trim on the dash which, if it isn’t real, is a very convincing fake.

Note the short greenhouse, which looks great from the outside, but limits visibility from the inside. The real problem are sightlines to the left and right in making turns: the wide A-pillar and large side mirrors combine to create big blind spots in which it’s easy to lose a pedestrian crossing the street you’re turning onto.

Contributing to the plus side of the luxury ledger is how little noise gets inside at speed. This Genesis rivals the Lexus ES (one of the quietest reasonably-priced cars I’ve driven) for the hushed manner in which it goes over the road. Pocket the proximity key fob, stand next to the trunk for a few seconds, and watch it motor itself open. It’s a handy feature, and avoids the indignity of waving your foot around under the rear bumper, a common method of hands-free cargo access. There is a downside in certain situations, like having the trunk pop open while I’m trying to strap my bike rack to the trunk lid. That’s easy enough to avoid: the auto-open trunk can be turned off via the car’s main control menu.

The Genesis falls into the common Asian luxury sedan trap of not offering a folding rear seat. There’s a small pass-through for skis and the like, but if you wind up at IKEA​ or your favourite antique shop, you’ll have to have that bookshelf delivered.

At C$53,000, the Genesis remains a compelling car on paper, but Hyundai has turned a new page by putting that price on a car that feels and drives like one that could command much more money.

If there was any doubt that Hyundai could do a well-executed premium sedan, this Genesis erases it, presenting the kind of solidity and confidence that will earn Hyundai serious respect among luxury shoppers. 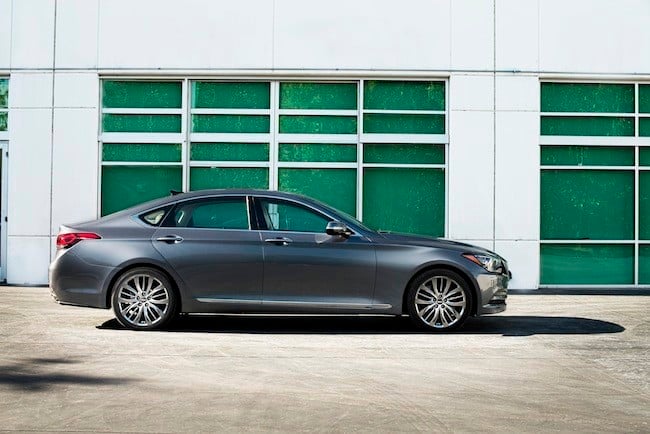 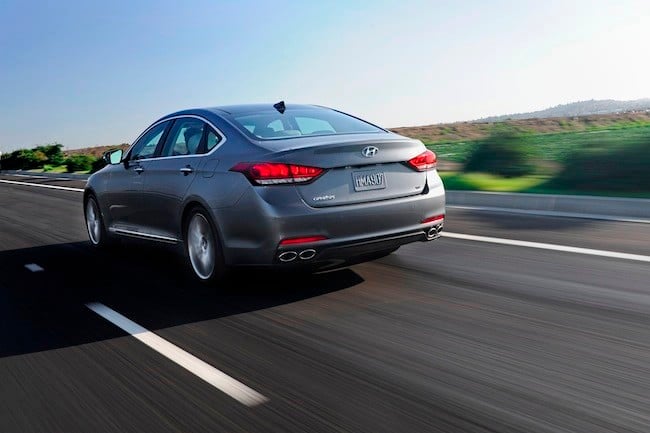 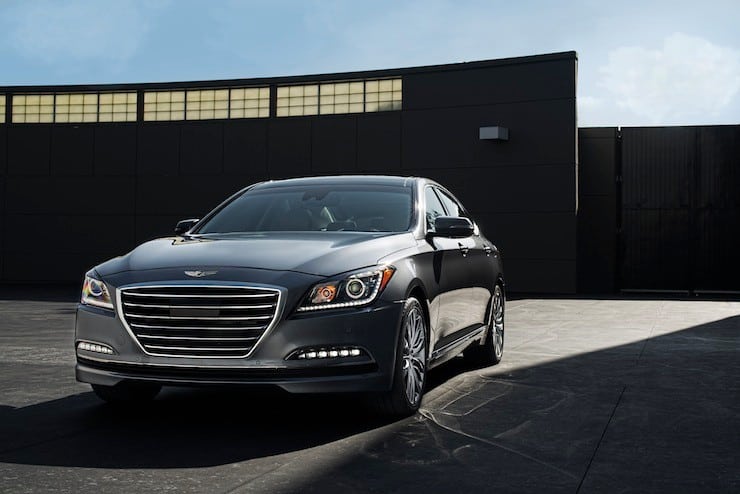 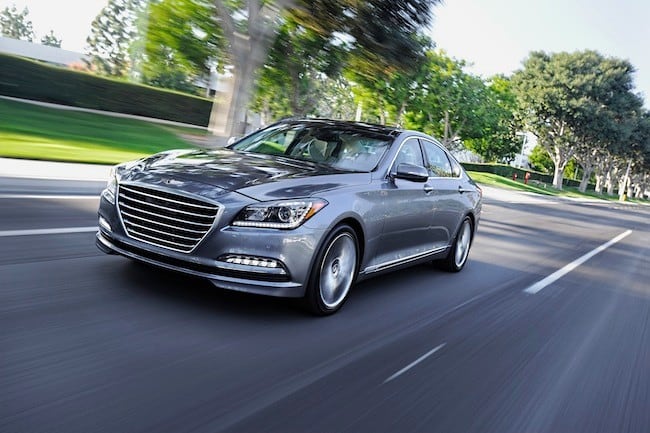 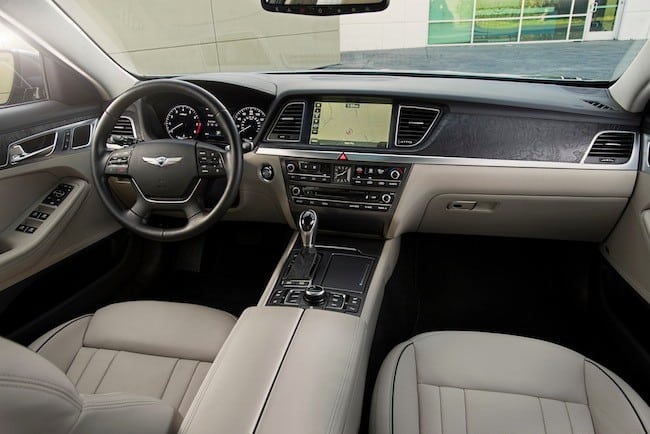 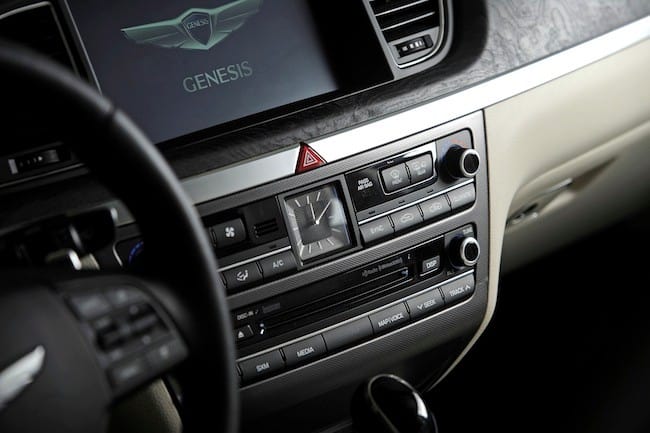 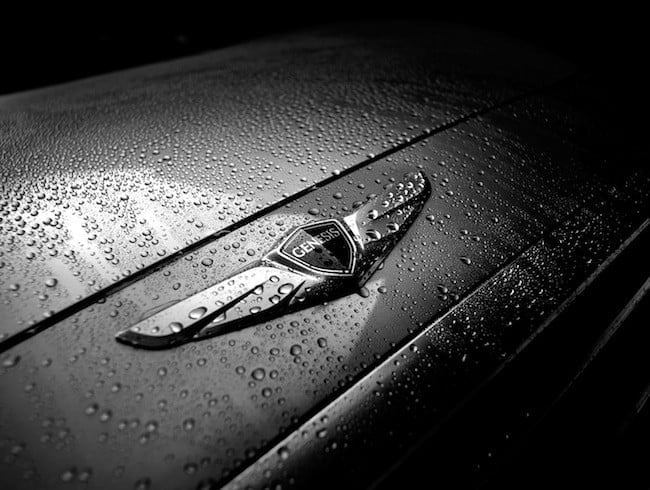 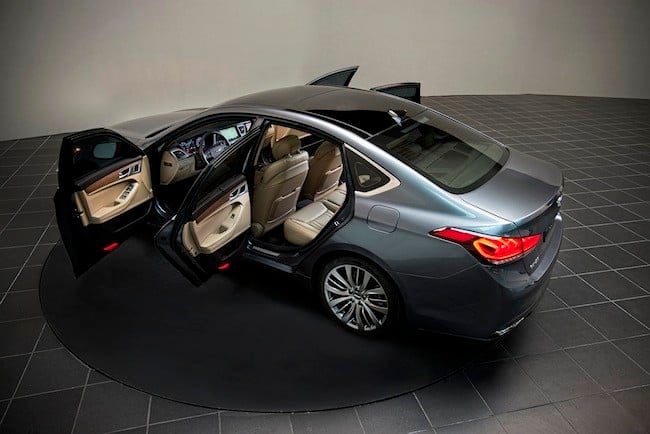 Chris Chasehttps://chrischasescars.com/
Chris has been writing professionally about cars since 2004, in print and online. He lives in Ottawa with his wife and two feline tyrants. In rare quiet moments, he can be found travelling or playing one of his way-too-many guitars. Chris is also a journalist member of the Automobile Journalists Association of Canada (AJAC).
FILED UNDER:
New CarsCar ReviewsHyundaiHyundai ReviewsSedan Reviews

If a 2020 Hyundai SUV is on your radar, know the difference between all 5: Venue, Kona, Tucson, Santa Fe & Palisade. We profile each with photos & features.
Read more
Subaru Legacy

Kia ramps up its stylish compact 4-door with a new sporty GT model putting down 201-hp from a new 1.6L turbo engine. Not quite a Stinger, but getting close.
Read more
Hyundai