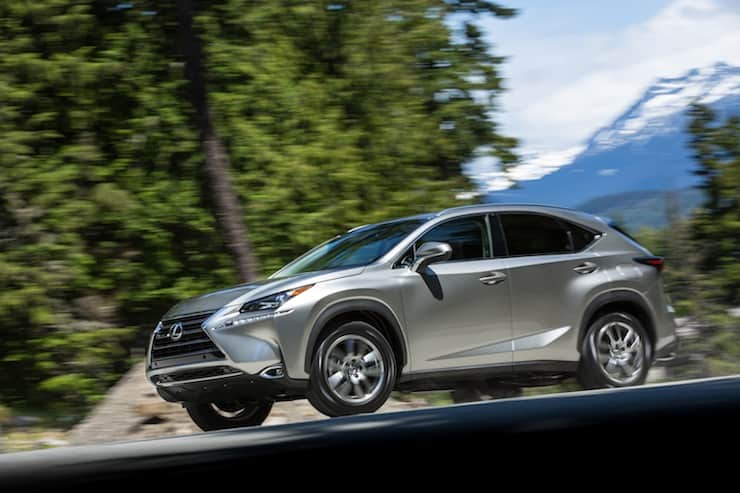 The origins of Toyota’s luxury brand date back to 1983, but most of the cars turned out over those 32 years — including the first, the LS in 1989 — focused on providing the Toyota mantra of ultimate reliability, if not necessarily driving exhilaration, in a leather-wrapped, wood-endowed, impeccably painted luxury package.

So with few exceptions, most of the Lexus vehicles I’ve driven have been very nice, very luxurious and very well-built. Only a few I’d say were really fun to drive.

Every variation of the IS are the exceptions to that rule. I particularly enjoyed the first model, with the boxy edges and chronograph-watch instrument panel. Especially when it later came out with a stick.

Still, between the early RX and ES and GS models, none really left me thinking ‘Wow. That was one fun ride.’ But in the past three weeks, I’ve driven two models that prompt me to ask the question: Who are you and what have you done with Lexus? And it all seems to be following from the Toyota president’s mandate to stop building mere appliances.

First was the RC 350, a brilliant, sexy coupe with power and handling to match. Today’s subject, the NX 200 T crossover, is the other. I can hardly wait for the next.

The NX is one of the most-fun-to-drive small crossovers on the market. The 2.0-litre turbo engine is both thrifty and powerful, able to save fuel when you need and burn rubber when you don’t. It gains a lot of its driving enjoyment from the use of a conventional automatic rather than a CVT, of which even the best aren’t exactly thrilling.

Lately, Lexus has done an excellent job of making sure models don’t come off as warmed-over Toyotas. There was, previously, a lot of truth in Robert DeNiro’s line from Analyze That: “That’s like a Toyota.” (To a couple who just said they drive a Lexus.)

Like the other Lexus models, the NX starts in the front with the spindle grille. Behind that is a pleasing contrast of sharp lines and curvy parts, leading to a raked windshield and a roofline that tapers at the rear.

Inside, the NX also looks like no Toyota that has come before.  The new design language of long, shallow air vents, aluminum trim and accent pieces that mimic the spindle grille continue from other models. It’s one of the classier interiors in the business. The lack of any contrived woodgrain trim means it’s elegantly minimalistic, too. The NX starts with the 200T at $41,450. The 300h, a hybrid, ups the price to $59,450 and offers, in Lexus’ words, V-8 performance with hybridesque fuel economy. The tester was the F Sport Series 2 at $53,550. The F package adds toys such as rear cross-traffic alert, blind-spot monitor, heated steering wheel, 10-speaker sound system, paddle shifters, navigation, a G-meter, sport-tuned suspension and 18-inch alloy wheels, among other options.

The engine is a 2.0-litre turbo with 235 horsepower and 250 pound-feet of torque. It’s mated to a six-speed automatic transmission and all-wheel drive. Heated seats, back-up camera, LED headlights and smart key with push-button start are standard.

That engine offers some pretty decent fuel economy given its excellent acceleration: my calculated mileage, 326 km and 36 litres of fuel, works out to 11.2 litres per 10 kilometres for about a 50-50 mix of city and highway. I burned just a hair more than a half tank in my week in the NX. The official numbers are 10.8 city and 8.8 highway for the F Sport as driven and 10.6 and 8.4 for the non-F Sport models.

There was, previously, a lot of truth in Robert DeNiro’s line from Analyze That: “That’s like a Toyota.” (To a couple who just said they drive a Lexus.)

The steering is electric, and while it isn’t the most tactile, it’s no video game, either. The feel is one of tautness, with no overboosted power-assist to feel disconnected from the road and there’s some feedback from the wheels.

Suspension is independent all around and that gives the NX excellent grip. It holds the line around a descending-radius cloverleaf even when pushed, and transitions from grip to no grip predictably without the squirrelyness of some other crossovers. Best of all, it feels as though there is very little chassis flex.

The only sour bits are very minor: Toyota and Lexus touch sensors for the keyless entry are often rendered in inoperable by gloves, meaning you have to take your glove off to unlock or lock the door. Kinda defeats the purpose of keyless entry. In the NX, the optional head’s-up display projects a handy display of speed on the windscreen: the only problem is the cover is laid on top like an afterthought.  Perhaps in future models this could be addressed. 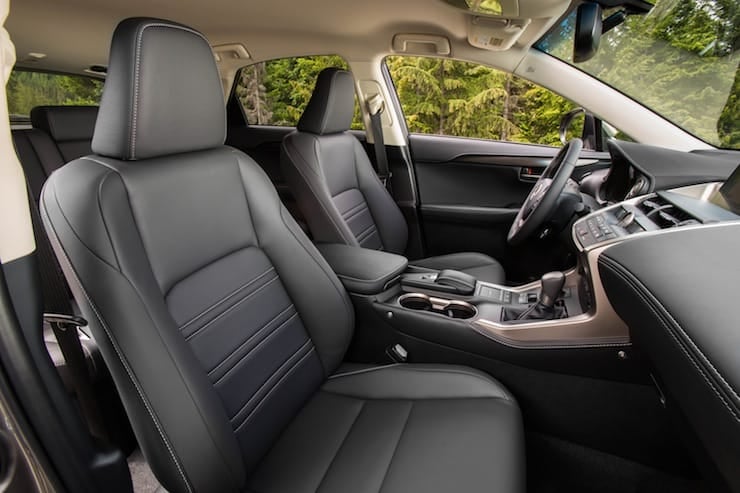 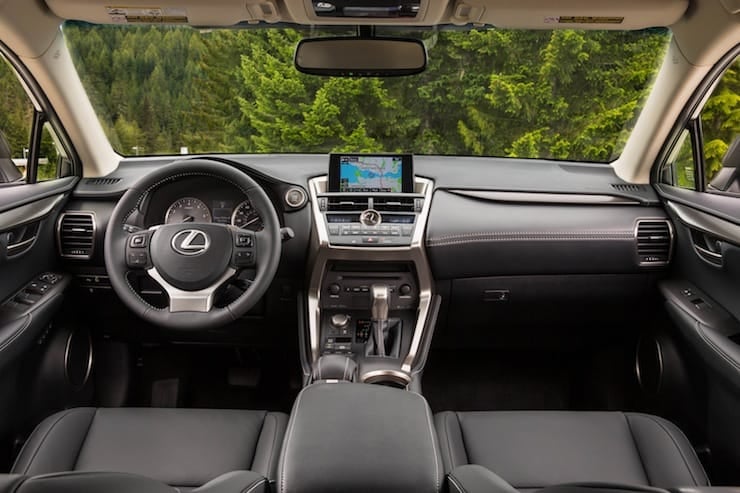 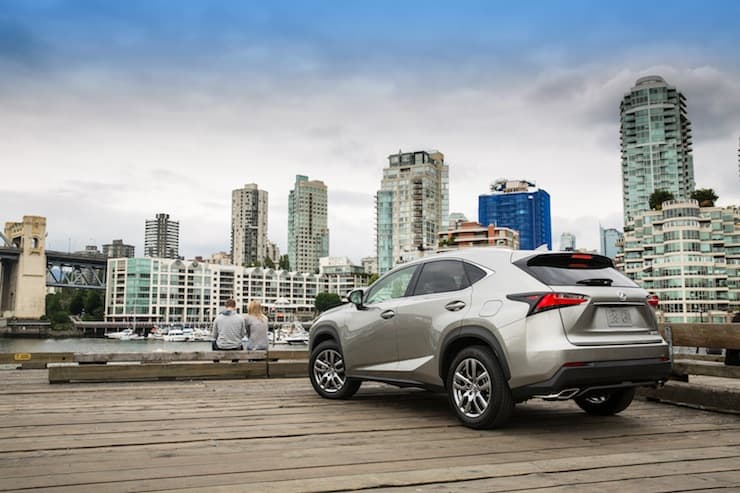 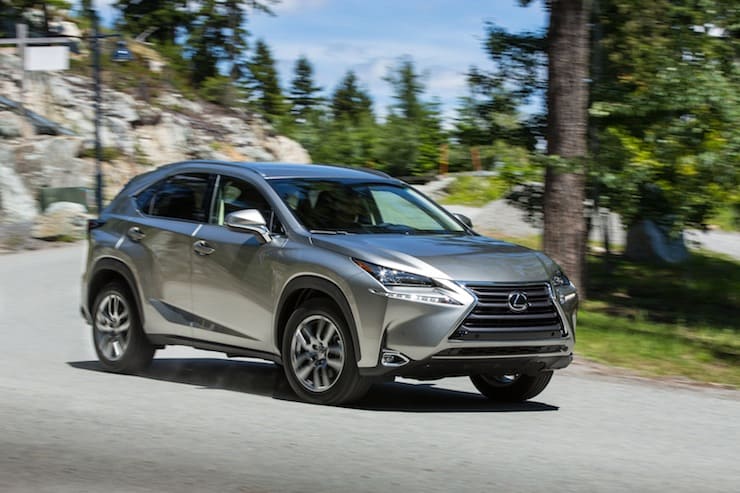 How I’d order it: I’d stick with the gas model, but I’d upgrade not to the F Sport Series 2 on the tester, but rather to the Premium at $44,900. That adds a heated steering wheel, heated and ventilated front seats, driver seat memory, aluminum roof rails, compass, power liftgate, powered sunroof and memory mirrors with auto-dimming.

What's the difference between the Telluride and Sorento SUVs? Kia's two big sport utiities offer cargo, capability, and tech but are not alike in many ways.
Read more
Lexus

Designed to bring the Lexus brand message and ethos to the masses in a contemporary setting, INTERSECT BY LEXUS opens doors in New York with concept debut.
Read more
Lexus

We review Lexus' best-selling sedan. The 2019 ES 350 is priced well compared to German rivals, has more curb appeal than ever, but AWD would be nice.
Read more
Jeep Cherokee

Sure, it's a crowded segment but Cadillac's new 2019 XT4 subcompact luxury crossover is a bold contender boasting the most size & horsepower in its class.
Read more

In Pictures: 2015 Ford Edge in Arizona