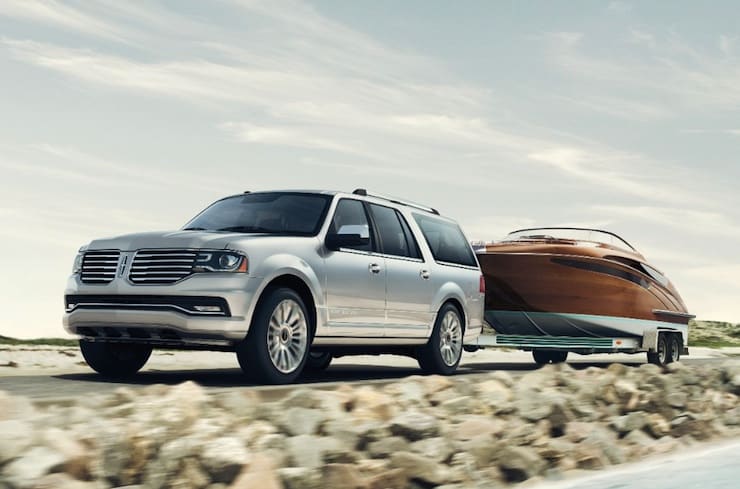 Lincoln has over the years taken a fair bit of heat in the automotive media for shameless badge engineering: changing a logo here, adding some baubles there and charging a stiff premium for, basically, a fancy Ford.

And we journos can’t take the credit, but it seems Lincoln has been listening.

It might seem to still be the case between the $49,000 Ford Expedition and the $76,000 Lincoln Navigator, but dig deeper and the gap closes considerably.

The most comparable level of Expedition is the $67,099 Platinum, to which you have to add self-levelling rear suspension ($1,000) to approach the equipment in a standard Navigator. So instead of nearly $30,000, the upcharge to the Linc is $7,400.

To be sure, underneath the baubles, the two are almost identical. They both have a 3.5-litre V-6 EcoBoost engine, though in the Navigator, it’s tuned for 380 horsepower and 460 pound-feet of torque vs. the Expedition’s 365 hp and 420 lb-ft. Both come with six-speed automatic transmissions, have independent rear suspension and both come out of the same Kentucky Truck Plant in Louisville, Ky. And while there are some body panel differences here and there, the overall shape makes the relationship between the two impossible to miss.

So, what do you get for your $7,400? Well, the more-powerful engine is a start, and in the Linc, the EcoBoost is the Jekyll and Hyde engine, able to be a sleepy, fuel-efficient mill with judicious use of the accelerator and a rocket motor when you stick your foot into it. Do that too much, however, and your fuel economy goes south in a hurry.

Here’s what I liked most about the Navigator’s engine: Even though I didn’t take any extraordinary measures to save fuel, but only put my foot down a few times to test the acceleration — which was startlingly fast, by the way — the average never rose above 14 l/100km. It would stay typically at 13.6, which is on par with our minivan.

At its mid-70s price point, the Lincoln is up against some heady competition, not the least of which might be the Mercedes-Benz GL, which comes with a diesel engine, a few inches more length and a price of $78,500. Is the cachet of a Benz worth $2,700?

That’s on a largely city-only loop, too. Get it out for a highway drive and it would be even better.

The interior is quite different, too. While the Expedition’s interior feels very 2014 F-150-ish, the Navigator goes for a more upscale look, with the upper dash featuring twin cowls (a reinterpretation of the Mustang dash) clad in leather with contrasting stitching. A matte-finish browny grey surround for the controls is an attractive choice. And while the instrument panel with twin TFT display wings on either side of a large, round speedometer is no stranger to Ford products (it’s in everything from Fusion to Expedition), it doesn’t look out of place in the Lincoln. It’s one of those crossover features that elevates the look of the lesser products rather than degrading the look of the higher-end models.

The handling of the Navigator is significantly improved from previous models, as well. Independent rear suspension and the optional continuously controlled suspension damping do a decent job of taking down the level of truckiness to the handling. It doesn’t completely eliminate the truck-like feel, however, so this does feel more truck than car.

Exploring the limits of handling, I found them at the end of a descending-radius off-ramp. The rear end just started to break free at about 80 km/h, but it felt more as though the Nav was running out of tire than running out of suspension. This was much harder than any average driver would push it, and with 22-inch wheels on the tester, I can’t say I’d argue for anything larger.

Even though I didn’t take any extraordinary measures to save fuel, but only put my foot down a few times to test the acceleration — which was startlingly fast, by the way — the average never rose above 14 l/100km. It would stay typically at 13.6, which is on par with our minivan.

The cargo area with the third row down is fairly large, though as with most crossovers, it will never approach the space of a minivan. If you need more space, for an extra $3k, you can have the Navigator L, which adds almost 15 inches in length to the body.

Here’s what I found a pleasant surprise: the third row is actually serviceable. It’s a little complicated to get into (you have to fold the headrest before you can flop the second-row seat forward), but it has decent legroom. The only thing that would make it uncomfortable for an adult on a long trip is the height of the seat cushion relative to the floor. You sit with the backs of your thighs elevated from the front of the seat cushion.

Another thing you get access to in the Lincoln is a greatly improved execution of seat-back video monitors. The option is $2,100 in Expedition and $2,350 in the Nav. In the Ford, the monitors have a clipped-on, temporary look to them. In the Linc, they are nicely integrated into the headrests.

As to the keyless entry, I really like how the Navigator doubles up on the existing numbered keypad, so keylessly unlocking the vehicle happens by pushing on the number 9 (with the fob on you, of course) and locking happens by pushing 7 and 9 simultaneously.

One niggling little bit: vehicles with keyless entry are supposed to be able to prevent locking the keyfob in the car. Found out the hard way this isn’t the case with the Navigator. ’Nuff said.

At its mid-70s price point, the Lincoln is up against some heady competition, not the least of which might be the Mercedes-Benz GL, which comes with a diesel engine, a few inches more length and a price of $78,500. Is the cachet of a Benz worth $2,700?

What the Navigator represents, however, is a credible domestic alternative for those seeking a luxury SUV. The fuel mileage won’t be as good as the Benz, but given the added cost of diesel fuel and the added cost of the vehicle, it probably comes out as a wash.