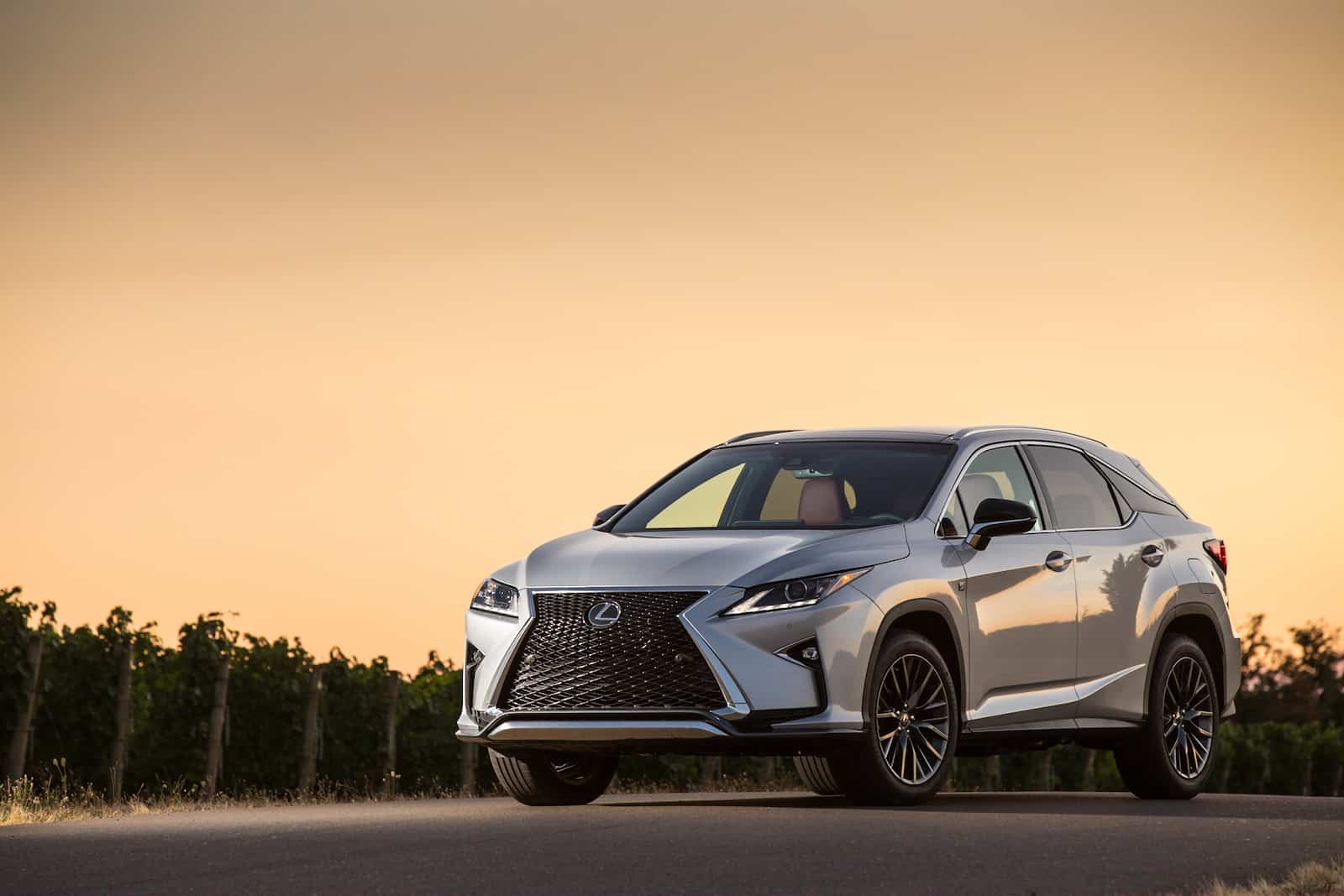 Lexus is counting on the 2016 RX 350‘s strong comfort and value factors to win over buyers who are on the fence about this crossover’s face.

In the late 1980s, Toyota put its knack for quality control to good use and created the upscale Lexus brand, a range of cars that quickly put the Japanese company on an equal footing with more established luxury automakers like BMW and Mercedes-Benz.

It didn’t hurt that Lexus’ first model was the LS 430, a beautifully appointed full-size sedan that remains the brand’s flagship, competing with cars like the BMW 7 Series and Benz S-Class. But even a luxury brand can’t survive on super-fancy cars alone, so Lexus filled out its lineup with more affordable models.

Roughly a decade after the brand’s inception, Lexus added the RX 300 to its ranks, where it initially competed for attention with the BMW X5 and Acura MDX in a then-new upscale crossover segment. Lexus launched the fourth-generation RX for 2016, sporting a new and edgy look the brand hopes will help distinguish its best-selling model in a segment that continues to grow in popularity.

What you think of the new RX’s styling will likely depend on what colour it’s painted. My tester’s metallic brown shade hid some of the bodywork’s many creases and made that massive spindle grille (as Lexus calls it) easier to digest. No matter whether you like it, that grille makes the RX easy to identify from afar, and that’s important for a vehicle that competes against recognizable brands like BMW and Mercedes-Benz.

If you’re like me, though, you spend more time inside the car than looking at it from the outside, and Lexus has done well to create an environment that is both comfortable and easy to live with.

The RX’s straightforward interior design is a sharp contrast to the outside, with a pair of easy-to-read analog gauges in front of the driver and a nicely-designed centre stack topped with a high-resolution display. My tester’s 12.3-inch screen is part of an optional executive package, which includes navigation; the big display allows a split screen function so you can use the nav system and see climate control or audio information simultaneously. For the executive package’s $14,050 price tag, you could literally buy another brand-new (small) car, but in the RX that cash goes toward making your experience more comfortable and convenient. Among many other things, it adds upgraded seats with power adjustable lumbar and thigh supports, a touch-free power tailgate, 360-degree camera setup, radar cruise control, and a pre-collision system with automatic emergency braking.

If you find the standard RX’s setup too soft, an optional air suspension (it comes with the F Sport package) takes its cues from the drive mode selector to tighten up the ride in sport mode.

There’s also a 15-speaker Mark Levinson stereo that sounded so good, my wife and I had some words over the volume control. As usual, I wanted it louder.

Comfortable rear seating is augmented in executive-trimmed models with an electric recline function that also powers the seats down flat when you need extra cargo space.

At first glance, the angle of the new tailgate’s rear glass looks more aggressive than on the previous generation RX, but there’s actually not much difference at all. It gives the rear end a dramatic look, but the more upright tailgates of the BMW X5, Mercedes-Benz GLE-Class and the just-redesigned 2017 Acura MDX provide more practical interior space use.

Lexus’ remote touch interface is the brand’s answer to systems like BMW’s iDrive and Benz’s COMAND, but uses a joystick to access infotainment controls on that big screen, instead of the rotary controllers favoured by the Germans. In theory, I prefer Lexus’ idea, but the controller is sensitive and makes it easy to overshoot your target For a driver in the car alone, it requires diverting too much attention away from watching where you’re going. The German cars’ rotary controllers also have a touch-sensitive top surface you can use to “write” the letters and numbers of an address you want to navigate to, a function I missed in the RX. The RX’s 3.5-litre V6 engine (295 hp; 267 lb-ft of torque) is carried over from last year’s model, but it’s paired with a new eight-speed transmission that makes a noticeable difference in the RX’s performance. In my tester, it shifted flawlessly to keep the engine on the boil in quick acceleration, and otherwise did its work so smoothly it went unnoticed. Three selectable drive modes (normal, eco and sport) alter throttle and transmission response to suit the situation and the driver’s mood.

Ride quality is fantastic, striking a nice balance between comfort and control. If you find the standard RX’s setup too soft, an optional air suspension (it comes with the F Sport package) takes its cues from the drive mode selector to tighten up the ride in sport mode.

From the start, Lexus undercut its German competitors on price, but the brand has more recently amped up the value of its vehicles even further. While many of my tester’s most desirable features were part of that pricey option package, the $54,000 base model comes standard with intelligent keyless entry and push-button start, power steering column adjustment, blind spot monitoring with rear cross traffic alert, auto-dimming side mirrors, rain-sensing wipers, and ventilated front seats.

Of the RX’s European competition, the Volvo XC90 is the least expensive at $61,300. Prices go up from there for the X5 and GLE-Class, and my RX tester’s $68,000 as-tested price is nearly a thousand bucks less than the Porsche Cayenne’s point of entry. Only the Acura MDX challenges Lexus on price, with its top-end Elite model coming in at less than $66,000.

The RX’s relaxed drive is at odds with its extroverted styling, which is a better fit with the performance-oriented F Sport models. In the case of this more relaxed base model, however, Lexus is counting on the RX’s strong comfort and value factors to win over buyers who are on the fence about this crossover’s face – a gamble that I think will pay off.

Chris Chasehttps://chrischasescars.com/
Chris has been writing professionally about cars since 2004, in print and online. He lives in Ottawa with his wife and two feline tyrants. In rare quiet moments, he can be found travelling or playing one of his way-too-many guitars. Chris is also a journalist member of the Automobile Journalists Association of Canada (AJAC).
FILED UNDER:
SUV and Crossover Reviews2016 SUV and Crossover ReviewsNew CarsCar ReviewsLexusLexus ReviewsLexus RXLexus RX 350 Reviews

As far as proper, RWD sport sedans go, the Lexus IS has been a front-runner for two decades now. But it's the 2021 IS 350 F Sport you should care about.
Read more
SUV and Crossover Reviews

What's the difference between the Telluride and Sorento SUVs? Kia's two big sport utiities offer cargo, capability, and tech but are not alike in many ways.
Read more
Lexus

Designed to bring the Lexus brand message and ethos to the masses in a contemporary setting, INTERSECT BY LEXUS opens doors in New York with concept debut.
Read more
Lexus

We review Lexus' best-selling sedan. The 2019 ES 350 is priced well compared to German rivals, has more curb appeal than ever, but AWD would be nice.
Read more
Jeep Cherokee