Sporting a new grille and a 10-speed auto transmission, the top-end 2018 GMC Yukon Denali still accounts for over half of all Yukon sales. 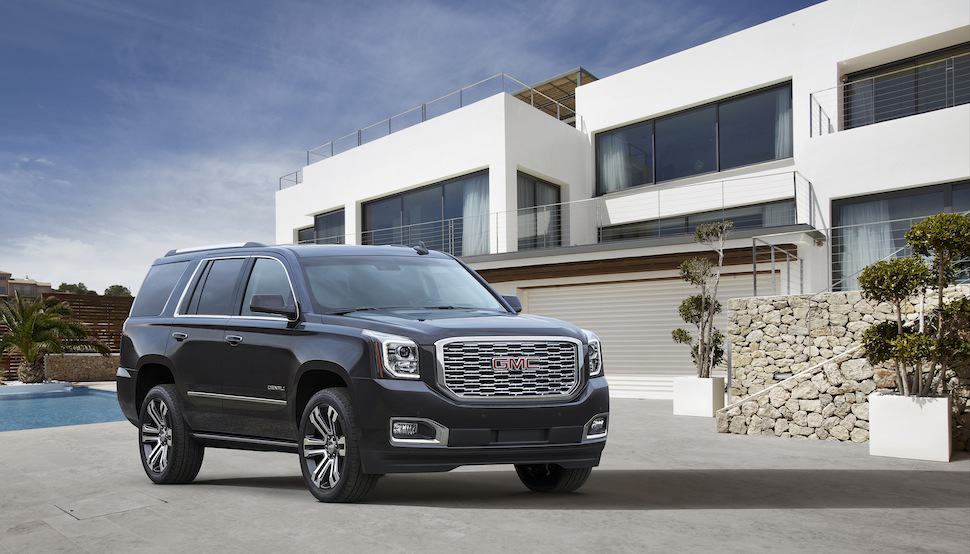 Ten years since the top-model Yukon Denali was introduced in 1998, GMC’s long-running sport utility is still going strong — and seeing as the Denali version accounts for over half of Yukon sales, this isn’t exactly a shocker.

The Yukon entered its fourth-generation with an all-new model released in 2014, and for 2018 the popular SUV’s Denali trim gets a worthy refresh.

The major exterior styling change for the 2018 Yukon Denail is the new, sculpted grille design; while the cabin finds new Mastique Ash real wood trim throughout.

Flanked by the HID headlamps and LED lighting, the new grille helps distinguish the higher-end Denali flavoured Yukon from the lower trims. In addition to a more sophisticated appearance, the new grille offers greater airflow to the radiator. Active aero shutters behind the grille close in certain conditions on the highway to reduce aerodynamic drag and enhance efficiency. We’re seeing this trend towards a 10-speed transmission growing; first with the 2017 Ford F-150, and now with the 2018 Yukon Denali. The Denali’s transmission offers optimized gearing and proprietary controls allowing the 6.2L V-8 engine to deliver a better combination of smooth operation and precise response.

Other Yukon Denali features for 2018