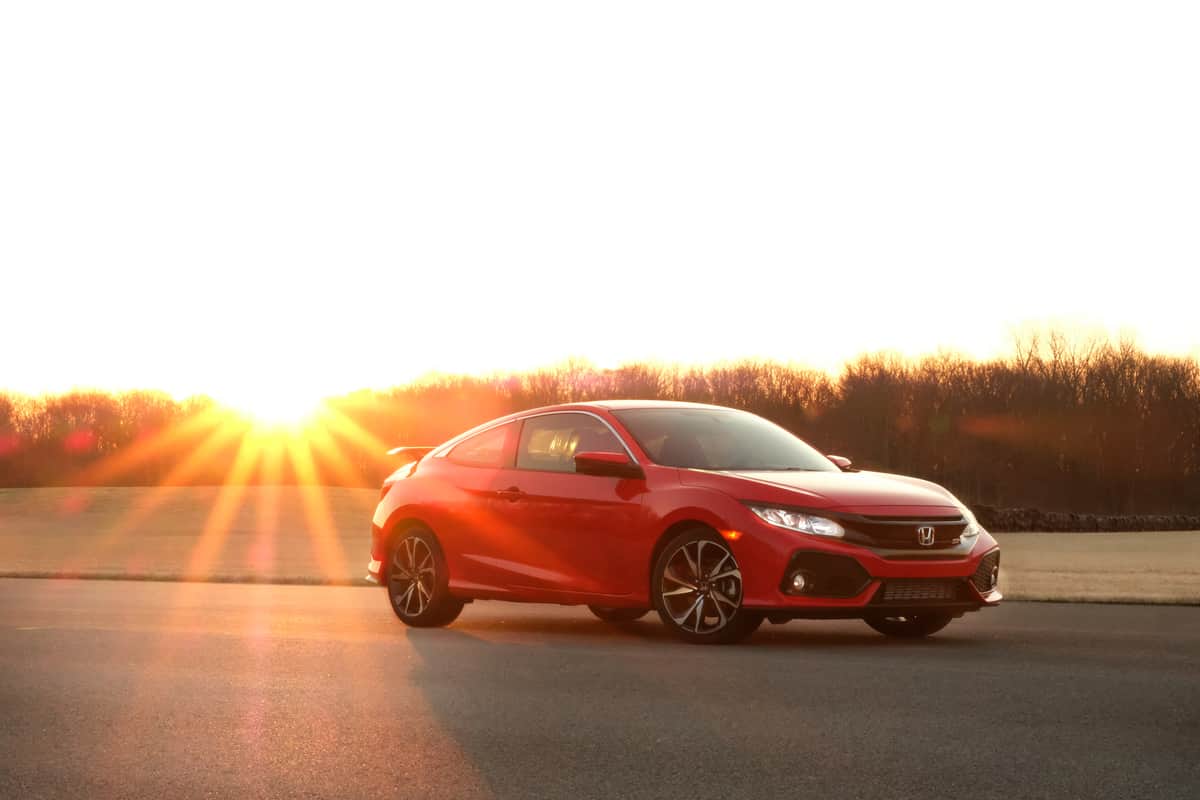 We put the new Civic Si coupe with the manual stick shift to the test.

We gearheads can’t help but cheer whenever an automaker declares its belief that there’s still a market for the manual transmission, a bit of technology that will soon enough be rendered obsolete — if not by a future of autonomous vehicles, then by a simple lack of demand.

One of the latest auto manufacturers to win the praise of driving enthusiasts is Honda, which last year began offering its excellent 1.5L turbocharged engine with a manual in the latest Civic. After driving the Civic Si coupe with that drivetrain combo, we’re really happy Honda has stuck by the stick shift.

A little background: Honda has long used the Si label to set sporty versions of the Civic apart from more economy-minded variants. Under the hood of this latest Si lives a version of Honda’s little turbo four-cylinder that is, mechanically speaking, nearly identical to the one used elsewhere in the Civic range, but tuned for an extra 31 hp and 30 lb-ft of torque, for totals of 205 hp and 192 lb-ft. As a throwback to previous generations of the Civic Si, this one can only be had with a six-speed manual.

In the past, the Civic Si has been powered by high-revving motors that only displayed their true potential when driven flat out. While there was a certain charm to that, the latest Si’s appeal lies in that turbo engine’s generous torque, at its peak between 2,000 and 5,000 rpm and eager to work. Chirping the front tires from a stop is no problem even at part throttle: in fact, the challenge is in harnessing this eager drivetrain so that you can pull away without looking like you’re trying to set a new record quarter-mile race time.

It’s one thing to get excited about a car manufacturer sticking by a transmission type abandoned by so many other car makers. It’s another to discover that car offers such a high level of driver engagement in a time when that very concept is under threat by the impending arrival of vehicles that will do the work for you.

The thing is, the Civic Si is best enjoyed when you roll with its zippy nature and drive it as it was apparently designed to be driven: we found ourselves wishing traffic lights would turn red on us just so we’d have to scoot up to speed one more time. Couple that fun-loving feel with this car’s sharp handling and firm ride, and this car feels like Japan’s answer to the previous-generation Mini Cooper S, before BMW watered down that model’s personality in a bid for broader appeal.

But just as Mini now offers a full slate of models to suit a wider range of practical needs, the new Civic Si is offered both in the coupe body style we tested and as a sedan, whose nearly full-size interior makes a four-door Si a compelling option. There’s no Si hatchback, but there is a Sport-trimmed hatch with a smidge more power than the standard turbo model and, of course, a manual transmission. The only way to get more performance in a Civic is the extreme Type R hatchback, a track-ready, 305-hp monster.

Not everything about our test vehicle was great. The Civic has yet to adopt the latest generation of Honda’s infotainment system, so it still features the touch-sensitive volume control that is incredibly frustrating to use when the car is moving. And if you plan to use the back seat at all, consider the sedan: adults relegated to the rear of the coupe will find their heads under (and probably touching) the rear window, and the standard sunroof cuts into front-seat headroom. That latter fact will especially annoy anyone interested in enjoying some closed-course fun, where a helmet is required.

Much easier to live with is the Si’s fuel consumption, which averaged about 8.0 L/100 km in a week of city driving and looked good against the car’s estimates of 8.4 and 6.2 L/100 km for city and highway driving respectively. For comparison’s sake, a base model Civic coupe we drove last year, with its 158-horsepower, non-turbo engine, averaged 7.4 L/100 km.

The Civic Si coupe starts at US$24,100 and C$28,990, so both its price and performance line up nicely against cars like the VW GTI (C$30,600) and Mini Cooper S. The latter is less expensive to start at C$26,490, but Mini charges extra for a variety of comfort and convenience features that Honda includes as standard.

It’s one thing to get excited about a car manufacturer sticking by a transmission type abandoned by so many other car makers. It’s another to discover that car offers such a high level of driver engagement in a time when that very concept is under threat by the impending arrival of vehicles that will do the work for you. Now that’s something to cheer about.