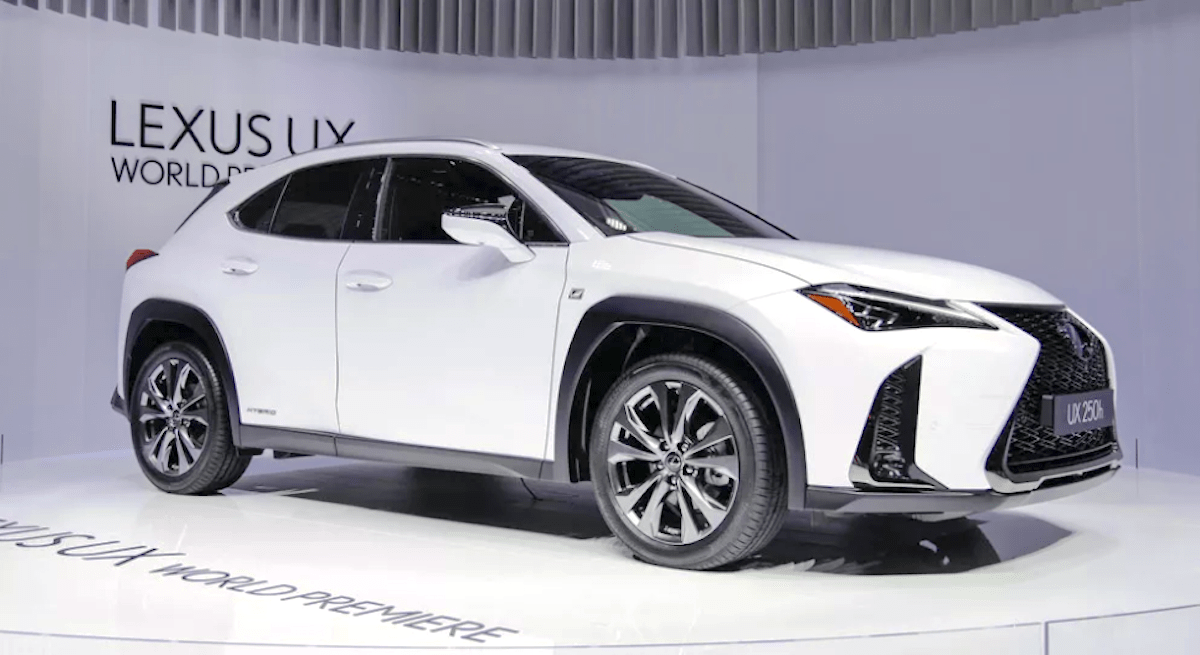 The first-ever Lexus UX is the latest addition to the sport utility lineup, featuring the company’s first Direct Shift-CVT and a completely new platform.

We got a 2019 Lexus UX teaser last week, with a proper look now during the official unveil at the 2018 Geneva Motor Show. The muscular little UX is the company’s first-ever compact luxury crossover, joining the family of GX, LX, NX, and three-row RX sport utilities.

Production begins this fall then expect the UX 200 and UX 250h to arrive at dealerships this December 2018. Pricing isn’t announced yet but we’ll have that closer to sale date later this year.

It’s all about smaller crossovers these days, targeting urbanites with active lifestyles. The UX crossover is no exception but plays in the luxury segment for those willing to spend a bit more.

The UX will sit on a completely new platform with a focus on better handling via a more rigid design sporting a lower centre of gravity. Lexus calls it the GA-C platform (Global Architecture – Compact), and the UX is the first in the family to be using it.

Despite its compact size, this smaller utility flosses a more muscular look from the bold haunches and high beltline to that oversized, in-your-face grill we’re familiar with across the Lexus lineup.

Rolling on new 17-inch and 18-inch aluminum wheel designs exclusive to the UX, the five-spoke 17-inch wheels feature a world-first aerodynamic design, according to Lexus.

A new Lexus signature feature includes the full-width taillights with a distinctive nighttime signature formed by a sequence of 120 LEDs and tapering toward the center, measuring 3mm thick at its narrowest point.

Making parking duties in those tight spaces a little easier, the UX finds a best-in-segment 34-foot turning circle paired to the  103.9-in. wheelbase and 177-inch length.

Inside, the cabin combines a highly focused driver’s cockpit with a wide and inviting passenger space; the instrument panel and cabin trim offer a choice of two different grain patterns and four colours.

The idea here is to blur the boundary between a home’s exterior and interior. We’re not entirely sure what that means but if you like the spacey Lexus look, you’ll be a fan of the UX’s interior focusing on a more seamless feel. Not everyone is a fan of this type of tranny but it’s making its way into the majority of vehicles these days. Why? Because it focuses on adding more efficiency by combining the smooth, fuel-efficient performance of a conventional continuously variable transmission with a more direct driving feel.

Because the gears reduce the need for the CVT’s pulleys and belt mechanism to be used in the low range, more of the CVT’s ratio spread can be dedicated to the higher range, maximizing efficiency.

You can’t have a new Lexus without a hybrid in the mix – the Japanese automaker was the first brand to introduce a luxury hybrid 15 years ago.

The 2019 UX 200H sports a new-generation hybrid powertrain with a projected output of 176 total system horsepower. This model also benefits from an all-wheel drive setup by using an additional electric motor on the rear axle.

2019 Lexus 200H F SPORT Photos – check out these shots from Geneva of the hybrid version UX with some F SPORT love at Lexus Enthusiast.

For good measure, Lexus throws in the F SPORT treatment for both the UX 200 and the hybrid 200H, opening up the new crossover to better driving dynamics.

Of course, you get some cosmetic updates with the UX F SPORT including a mesh version of the spindle grille, 18-inch alloy wheels, jet-black trim on the front and rear moldings, an instrument meter with a moving outer ring, an F SPORT steering wheel with a dimpled leather covering, and an 8-inch TFT colour display, plus sports aluminum pedals and footrest. 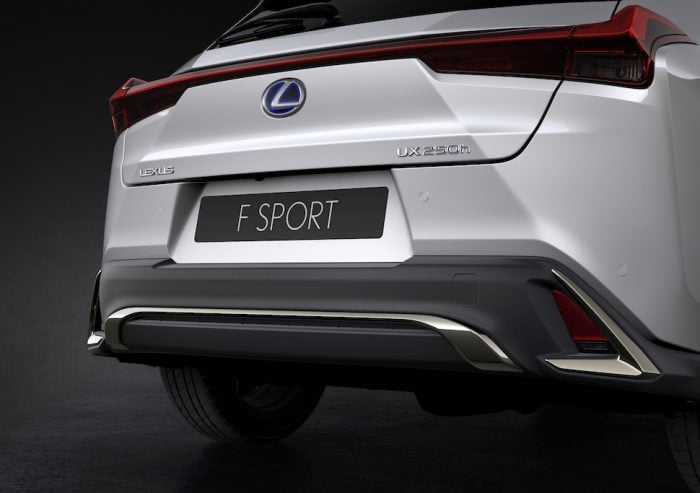 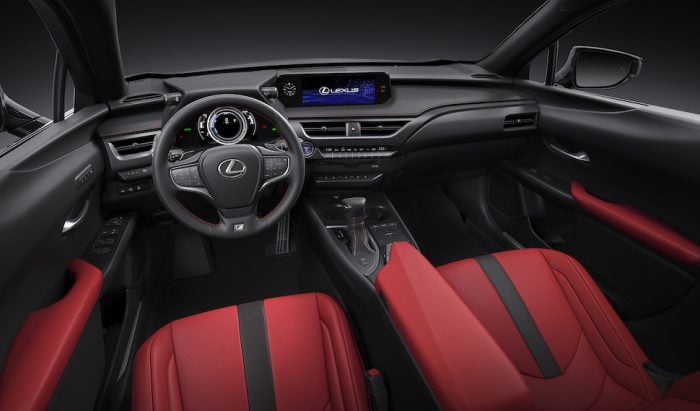 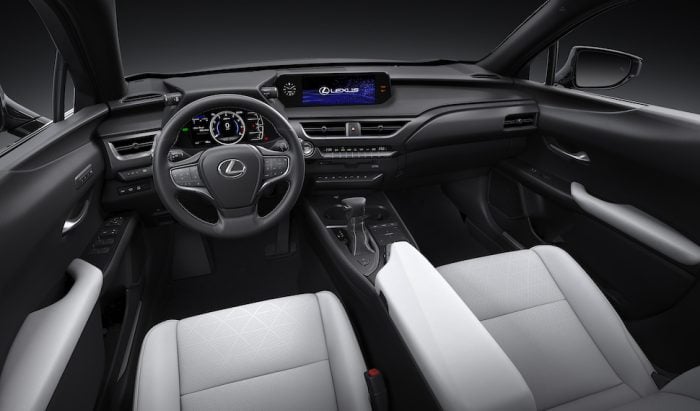 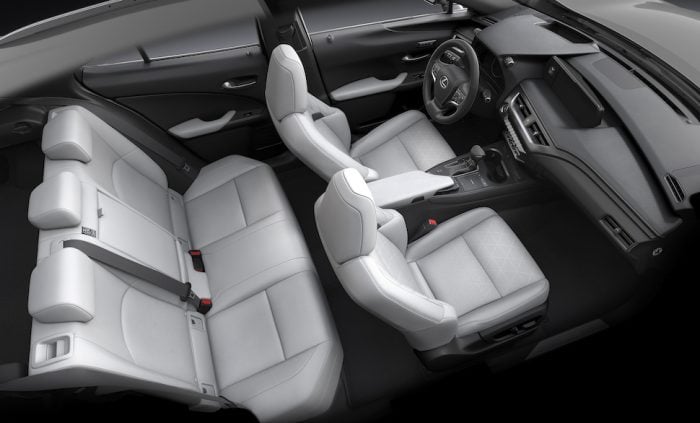 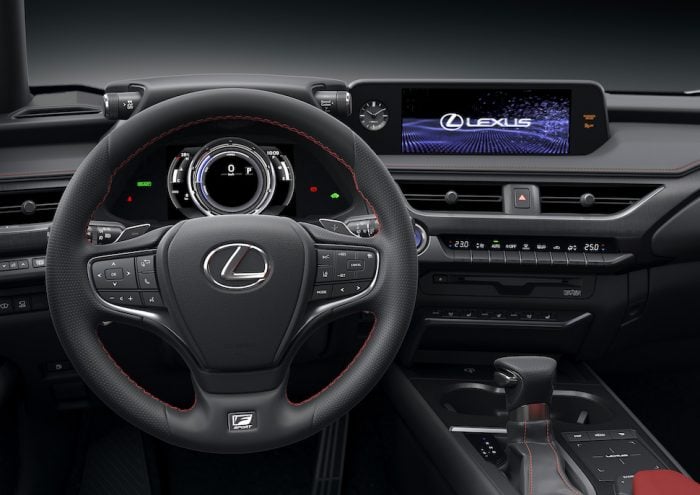 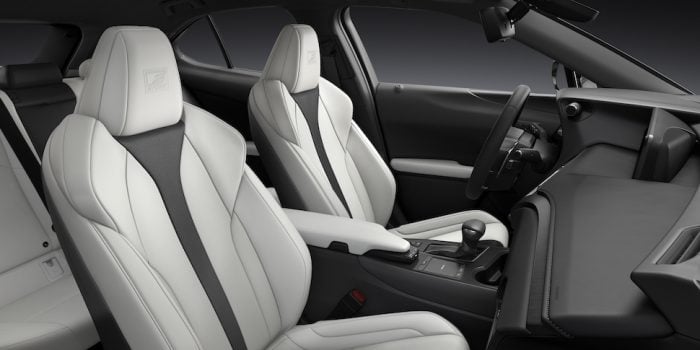