All 2021 Venzas will be hybrid-only, adopting the RAV4 Hybrid’s setup of 2.5L engine and three electric motors. 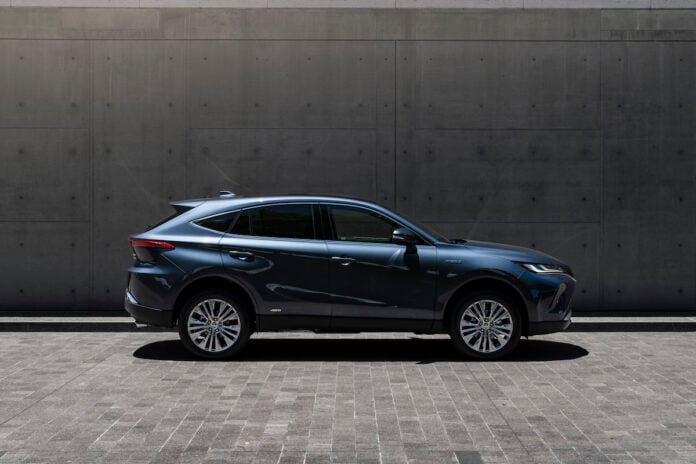 Toyota has added a third mid-size crossover model with the arrival of the new Venza. After five years away, the nameplate returns for the 2021 model year as an AWD and hybrid-only, premium-focused five-seater that slots in as a niche product between the big-selling RAV4 and three-row Highlander. It’s on sale now.

The original Venza melded car-like looks with crossover capability. It was outsold 3-1 by the Highlander in the US market but was a hit in Canada, where more Venzas than Highlanders were sold in the period 2009-17. As such, the original Venza stayed on sale in Canada a year longer than it did south of the border.

As Timothy Cain at TTAC points out, the Venza lacked the Highlander’s third row and operated with a base price 23% higher than the RAV4’s.

“We anticipate that current Toyota owners, including those who loved the original Venza, will be curious about this new model,” says Ian Lanaway, manager, nameplate marketing for Toyota Canada. “But it also has an important role to play as a conquest vehicle, drawing buyers out of competitors like the Nissan Murano and Ford Edge. Equally it should appeal to premium passenger-car drivers who are looking to move up to the crossover market.”

Price: how much will the 2021 Toyota Venza cost in the US and Canada?

The US and Canada share a three-grade Venza lineup, although detail specs differ between the markets.

The new Venza ushers in a styling direction that’s different to Toyota’s core SUVs. It has a coupe-like roofline and smooth, curved front end with distinctive, narrow LED headlamps. In fact, there are two forms of LED available at the front: parabola (reflector) for the LE and projector on the higher grades. All models get a full-width, LED combination light strip at the rear.

Wheels sizes are 18in on the LE or 19in on XLE and Limited, and there are seven exterior body colours, including Celestial Black – Toyota’s second colour (after Moon Dust on Highlander) that can self-heal minor blemishes.

Meanwhile Venza Limited is the first Toyota to offer the Star Gaze roof, a glass affair that changes from clear to frosted at touch of a button. There’s a sliding cover for full blackout, too.

Interior & equipment of the 2021 Venza

With a positioning, “at the upper end of premium”, according to Toyota, it’s no surprise that Venza comes loaded with standard equipment. There’s Qi-compatible wireless charging, customizable ambient lighting, dual-zone AC, connectivity to Android Auto, Apple CarPlay and Amazon Alexa, and a floating central screen (8in on LE, 12.3in on others).

All cars get a power-adjustable driver’s seat with lumbar support. Canadians additionally get standard heated front seats and steering wheel, and a power steering column (exclusive to higher grades in the US). The power liftgate is standard on all models in the US, but only on XLE and Limited in Canada.

The Limited grade really brings the luxury and technology with a JBL 9-speaker audio system, 10in colour head-up display, SofTex heated and ventilated leather seats (front only) and a rear-view mirror that switches to a digital display when the rearward view is blocked by passengers or luggage. Speaking of luggage, there’s 36.3 cu. ft. of carrying space behind the second row – down only slightly on the boxier RAV4.

Power: a hybrid-only Venza on the table for 2021

Venza is part of a wider move to more hybrids by Toyota, which expects 40% of Canadian sales to be electrified by 2025. By that time an electrified option will be available on every car in North America. Toyota expects 20% of Canadian RAV4s sold in 2020 and 25% of Highlanders to be hybrids.

Like the upcoming 2021 Sienna minivan, all Venzas will be hybrid-only, adopting the RAV4 Hybrid’s setup of 2.5-litre engine and three electric motors for a combined 219 HP. The lithium-ion battery pack is under the rear seat and a rear-mounted electric motor provides AWD across the board. The official combined fuel consumption figure is an impressive 39mpg or 6.0L/100km.

Venza shares much more with the RAV4 than its powertrain, however. Both are underpinned by Toyota’s excellent TNGA-K platform (also used in the Camry and Highlander) and the two vehicles share a wheelbase and width. Chief engineer, Yoshikazu Saeki took charge of the development of RAV4, Highlander and Venza, maximizing learnings across the three SUVs.

We’ll have a full driving review of the Venza for you soon, but Toyota believes that the TNGA-K’s more rigid structure, lower centre of gravity and reduced noise, vibration and harshness leads to a refined drive and good handling. Based on our experience of the RAV4, with which the Venza shares key dimensions, we’d say that’s a reasonable assumption.

To maximize traction, the AWD system is set up so that a Venza will always leave a stoplight with AWD engaged and with a RWD bias. There are also four switchable driving modes: Normal; EV (which keeps things electric-only for as long as battery capacity allows, up to 119km/h); Eco (fuel-economy focused); and Sport (sharper response).

Note that Toyota does not recommend towing with the Venza but an accessory hitch will be sold to accommodate bike racks and the like.

So, are the Pirelli Scorpion Winter tires built for SUVs & crossovers any good? We put the high-end winter-rated snow tire to the test.
Read more
Ram

Shopping for a smaller 2020 model SUV? These 5 compact utility vehicles are the best, according to our motor writers.
Read more