Going strong for four decades now, the Toyota 4Runner has a carved out a nice little niche amongst mid-size SUV consumers seeking everyday reliability with off-road prowess. For 2022, 4Runner lineup adds some style and performance to the mix with a new 4Runner TRD Sport model. Some of the key features include a sport-tuned suspension for improved off-roading handling, new 20-inch wheels with dark grey accent, a TRD hood scoop and colour-keyed accents, and new LED high beams and fog lamps across the entire 2022 4Runner lineup.

The off-road suspension — dubbed the X-REAS system (Cross-Linked Relative Absorber System) — is currently available on the 4Runner Limited, and now comes to the TRD Sport version, automatically adjusting the damping force of the shock absorbers when traversing over rough terrain or cornering. Built upon the SR5 grade with power in 2WD and 4WD form, the 2022 Toyota 4Runner TRD Sport gains 9- and 9.6-inches of ground clearance, respectively, and comes with a full-size spare. Unlike the Toyota Tacoma TRD Sport mid-size pickup, however, this new 4Runner adds TRD Sport grade to complement TRD Off-Road and TRD Pro but void of the actual off-road abilities of the Tacoma — instead, the SUV adds “TRD Sport looks to add style, flair and some road-worthy upgrades” according to Toyota. 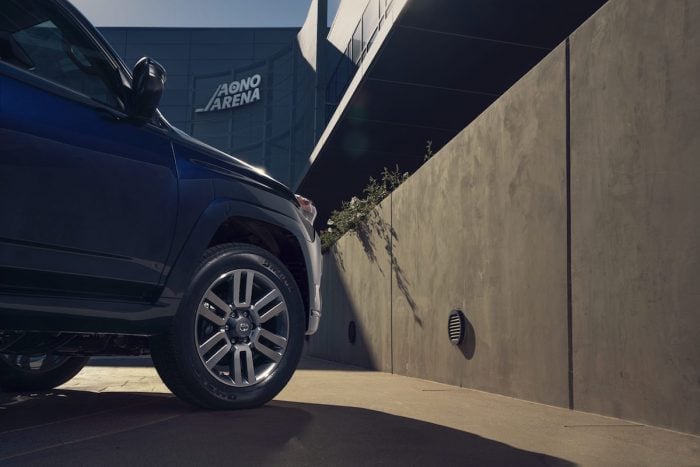 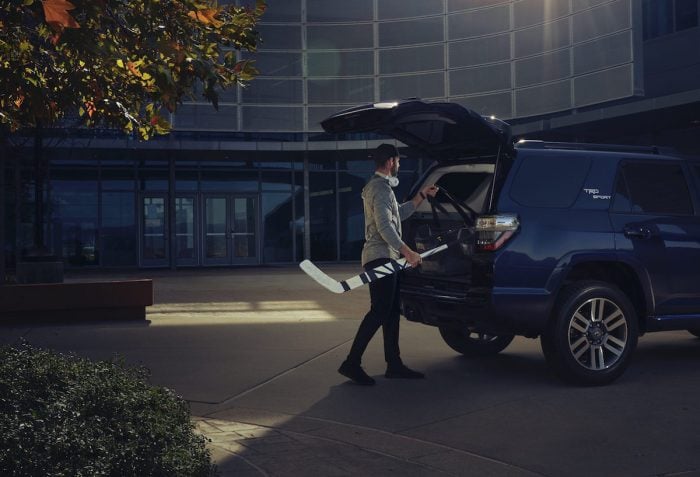 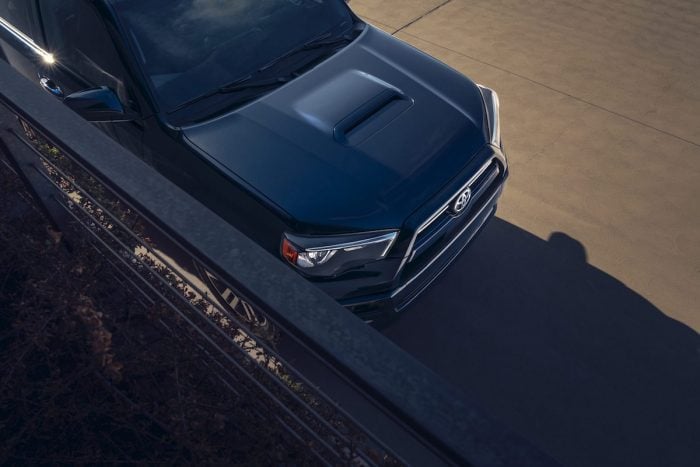