The new Corolla crossover SUV may add more cargo & space, but what's the interior like? 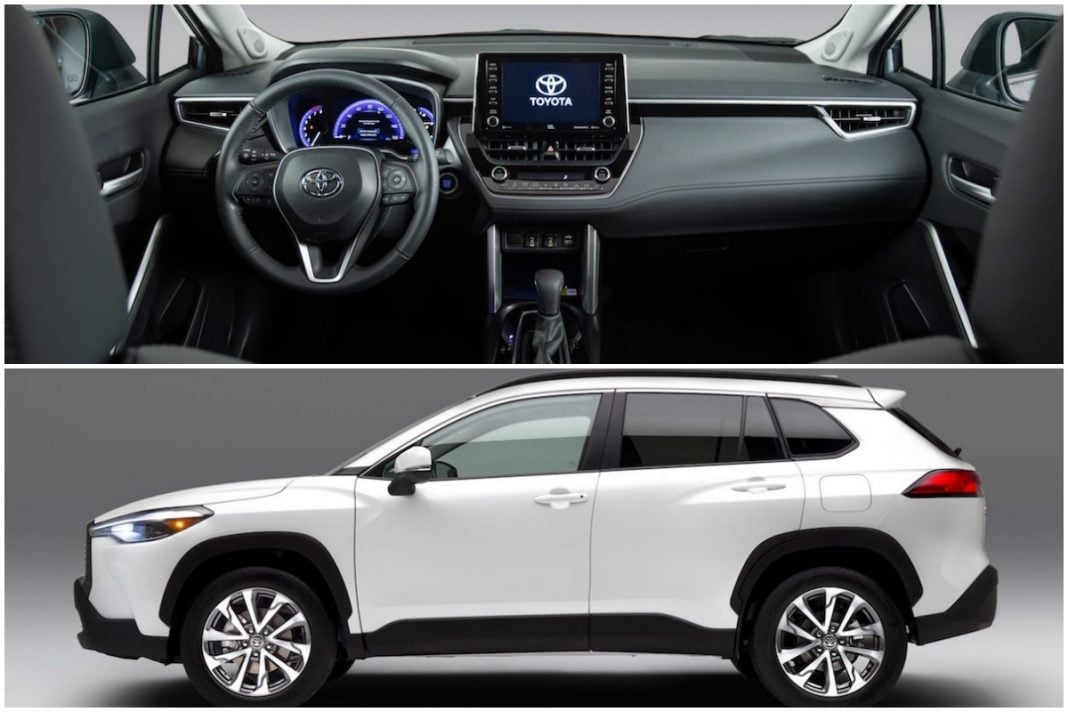 The Toyota Corolla has been around for so long that it’s almost become a standard synonym for “reliable, high-quality sedan.” June 2, 2021 was a special day, then, as the company marked the unveiling of the 2022 Corolla Cross, a compact SUV crossover version of their iconic Corolla car.

The lifted Corolla will be powered by a 169-hp 2.0L engine, and will be available in both FWD and AWD drivetrains, but we’re interested in the Corolla Cross interior and cabin tech. Here’s a closer look inside the new Toyota crossover.

Let’s start by pointing out that the Corolla Cross may be classed as a compact SUV crossover, but the interior is far from cramped. The Corolla Cross enjoys a feeling of space, with an optional moonroof to further enhance the feeling of openness and light. The seats feature SofTex trims as an optional upgrade to standard cloth, and the driver can further enhance their seating comfort with a 10-way power-adjustable heated driver’s seat with additional lumbar support.

A roomy rear seat with 60:40 split is the standard configuration, which allows you to maximize storage space for rear cargo. The XLE model will also come with a larger centre armrest housing two cup holders for rear passengers. Put the front and rear together and what you have is a crossover that’s compact by name, but spacious by nature.

It’s not only space that Toyota has filled this interior with, but also world-beating technology. It begins with digital screens, where the driver gets a 7-inch multi-information display with digital instrument cluster. The central infotainment touchscreen can be up to 8 inches in size and can seamlessly connect to both Apple CarPlay and Android Auto, as well as having connection to Amazon’s Alexa voice control system.

Further technology upgrades include standard wireless charging on the LE and XLE trim levels, two USB charging points for the rear-seated passengers, and a flawless JBL premium sound system that will really make your playlist pop.

Another element of the interior technology is, of course, the ADAS and safety tech. The driver will be able to take advantage of Toyota’s latest version of Safety Sense, which includes blind spot monitor and rear cross-traffic alert as standard features on the LE and XLE. The latter also receives front and rear parking assist with automatic braking, which makes parking up even in the trickiest spots much easier.

The 2022 Toyota Corolla Cross is a whole new direction for the Corolla name, but Toyota has managed to retain the interior sense of dignity and style. The unfussy and uncluttered dashboard design is exactly what we’ve come to expect from a company that understands the value of elegant functionality.

The starting price of the 2022 Toyota Corolla Cross has not yet been announced, but it should be announced in due course. You can sign up at the Toyota website for further updates. Meantime, check out these other 2022 SUVs worth waiting for.