From dream to reality 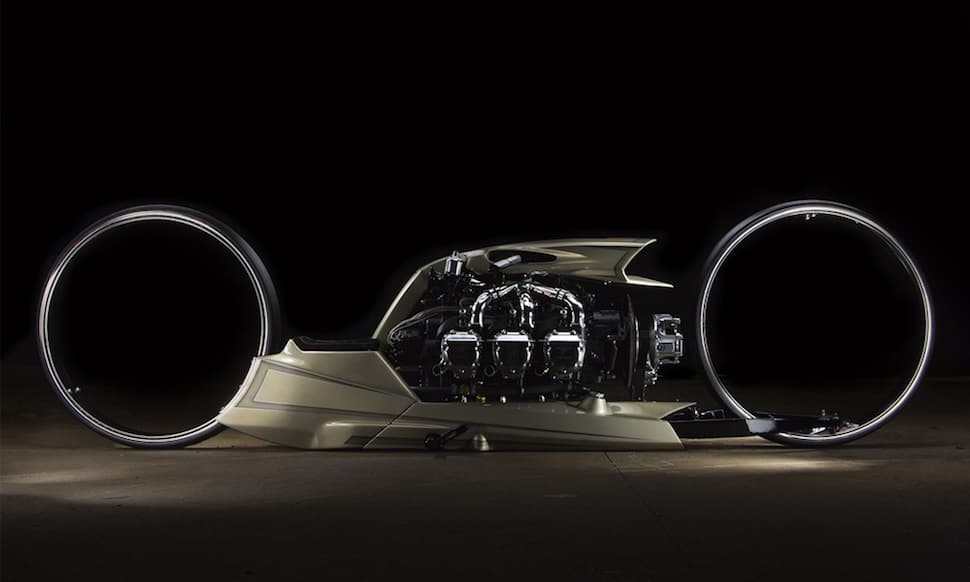 Yes, you’re gawking at a motorcycle and not some steampunk creation. Powered by a glossy 300-horsepower Rolls-Royce Continental aircraft engine, the TMC Dumont Motorcycle is a fully-functioning two-wheel machine out of Brazil (check it out in action here). But all is forgiven because the dude knows how to build bikes. Marques’ goal here was to build a motorcycle people couldn’t believe was real; one that was completely functional with engineering solutions never introduced to a two-wheel rocket.

We’d have to say he succeeded there.

Unable to get the exact engine he wanted, this aircraft-powered rocket sat in Marques’ head for over 15 years. But once he secured the six-cylinder centre piece he needed, the entire project was off, taking 7-months to complete.

And it should come as no surprise, the TMC Dumont Motorcycle took home multiple Best of Show awards at Florida’s Daytona Beach Bike Week last year.

Love it or not, you got to give TMC props for bringing to life such a sensational, intergalactic piece of machinery.

Check out this Tarso Marques interview at Robb Report.

Or just hit up our Concept Motorcycles page for more crazy bikes.