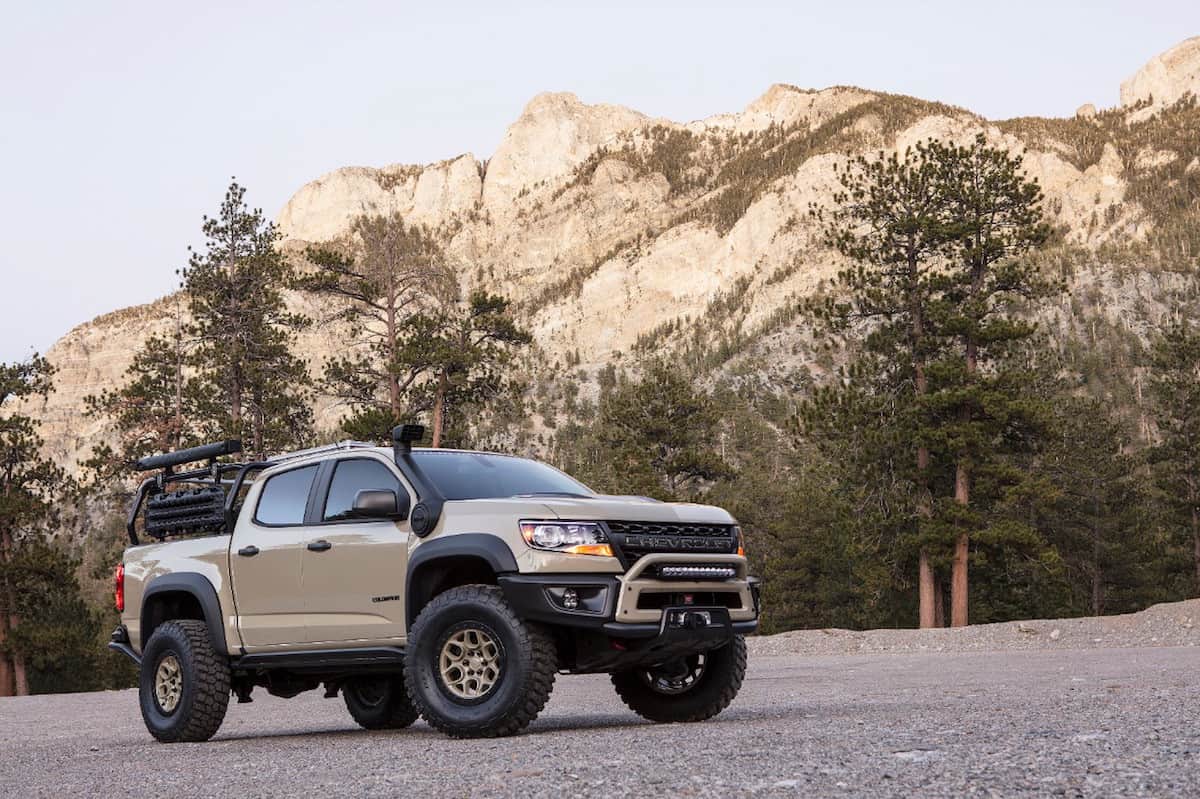 If there’s one truck right now reigniting the midsize truck segment, it’s the Colorado ZR2 and the many iterations of it. The latest and perhaps most badass is the Colorado ZR2 AEV Concept revealed this week at SEMA in Las Vegas.

The AEV Concept was built to showcase the Colorado’s off-road potential. As Jim Campbell, U.S. vice president, Truck Strategy, Performance Vehicles and Motorsports puts it, “Some customers want even greater capability, and the ZR2 AEV concept showcases the efforts we’ve made to explore how owners can get even more from their trucks.”

SEMA showcases the best in the aftermarket, so for this Colorado creation, Chevy teamed up with legendary off-road manufacturer American Expedition Vehicles (AEV) — a Michigan-based company best known for their Jeep Wrangler accessories for over 15 years but transitioning to other manufacturers as well, building some insane off-roaders for serious excursions. Powered by an available 2.8L Duramax turbo-diesel engine, this ZR2 AEV Concept “puts an exclamation point on Chevy’s off-road engineering ability,” as stated by AEV’s founder, Dave Harriton. Yeah, we’d have to agree with that from the looks of this beast.

Add NATO-style fuel cans and James Baroud USA awning in the bed, the Chevy’s latest Colorado ZR2 with some AEV love is arguably the most capable midsize pickup thus far — as far as the Chevy Colorado goes, this one takes the cake for the ultimate adventure seekers. 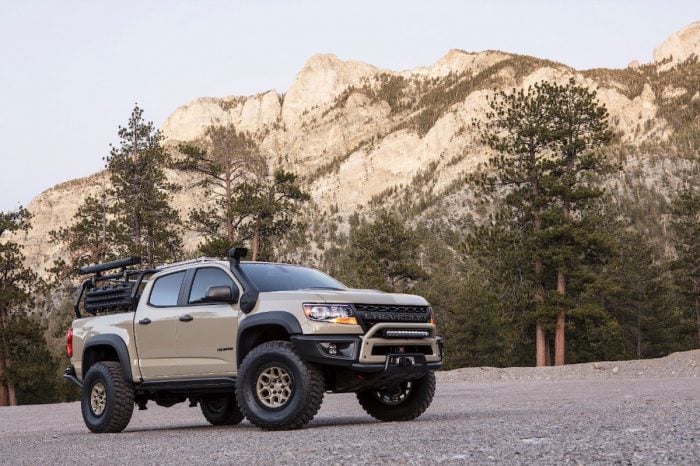 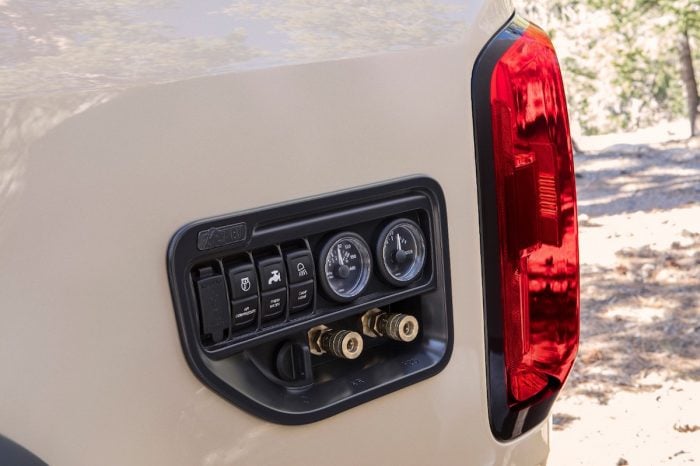 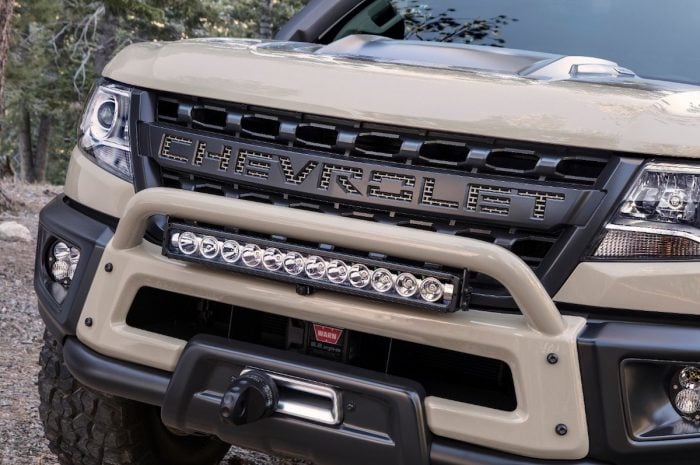 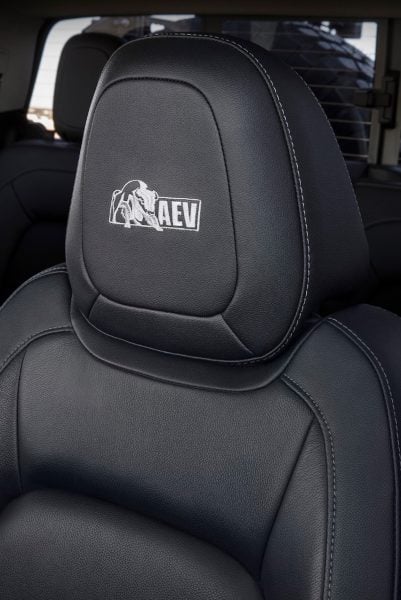