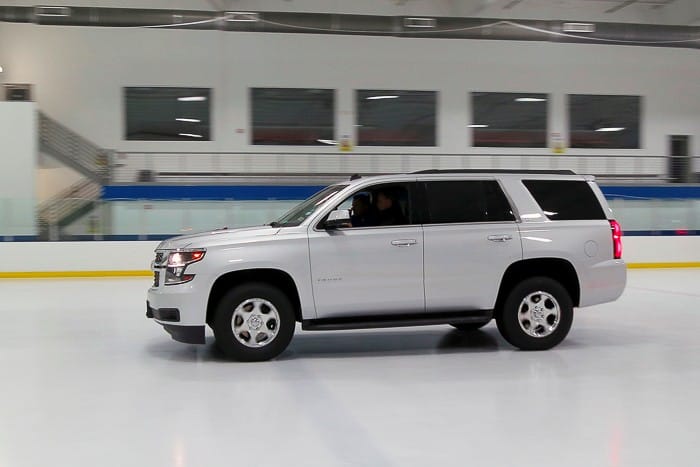 Cooper Tires has long been a leader in the tire industry, but the company has had the most success in the ultra-competitive all-terrain segment of the marketplace.

Cooper’s best-selling Discoverer A/T3 tire has become a favourite with those consumers looking for a dependable all-terrain tire that can tackle the most treacherous off-road conditions, as well as perform comfortably on the pavement during the daily commute.  The Discoverer A/T3 satisfies both of these needs with aplomb, and has proven to be both rugged and reliable. Add to this the confidence it inspires in the driver, and you know that this tire is a winner.

However, the one thing that has been noticeably absent from the all-terrain tire segment is a dedicated winter tire. Sure, the market for such a tire is limited, but in certain parts of Canada there may be snow and ice on the ground for more than half the year!  And what the average consumer seems to forget, is that winter tires are about more than cutting a path through a snow-covered street or safely navigating over an ice-capped section of highway.

Also check out all our Tire Reviews

In fact, the modern “winter” tire has been carefully engineered to provide the user with many of the traction and performance capabilities of a high-performance all-season tire, but only when the temperature drops below the 7-degree Celsius threshold. At this temperature all-season and summer specific tires lose much of their traction, as the rubber compound that characterizes these types of tires begins to harden as the temperature falls into this range, reducing their adhesion properties and causing them to skip, rather than stick, to the road surface. Expanding upon the proven technology of the Discoverer A/T3 tire, Cooper has developed a new all-terrain winter traction tire that boasts a fusion of advanced compound technologies and design innovations.  The Cooper Discoverer A/TW represents a huge advancement in tire technology, and after spending a day evaluating them under extreme, real-world conditions, I must say that I was impressed.

The day started off with a visit to a local San Antonio ice arena, where Cooper engineers had set up a test to show the assembled journalists just how well the Discoverer A/TW performs under braking on sheet ice. A pair of identical Chevrolet Tahoe sport utility vehicles was being used to conduct the test; one fitted with the Cooper tire, while the other wore Firestone Winterforce LT winter tires, one of the best-selling tires on the market.

The test required us to accelerate up to 30 kilometres-per-hour before slamming on the brakes to initiate a panic stop.  Interestingly, after perusing the gathered data, my stops were 2-4 seconds quicker on the AT/W tire, which in a panic situation represents a significant amount of distance. Three seconds could be the difference between having a serious accident, or just a fender bender, or even worse, a mild injury to a life altering disability, or even death.  The tires tracked straight and true, and all stops were free of drama. Perusing the results for all drivers, it was safe to say that each driver saw a similar reduction in stopping distance. The Discoverer A/TW had substantially outperformed a dedicated winter truck tire with ease.

Our next stop brought us to the sprawling Cooper Tire & Vehicle Test Center  in Pearsall, Texas, where I had the opportunity to compare the Discoverer A/TW against some of the company’s more traditional all-terrain tires, as well as against the top selling tire of rival BF Goodrich, the All-Terrain T/A KO. The modern Cooper Tire facility houses an enormous skid pad which can be flooded by a continuous stream of water.  We reassembled on the glistening surface with our two Chevrolet Tahoe test rigs. The silver vehicle had swapped out the Firestones used at the ice rink for the BF Goodrich tire, while the black unit was still sporting the same tires.

Journalists were asked to navigate these big rigs through a tight handling course to see whether dynamic handling on wet pavement would be too much for the winter tire to handle, especially given the 100-plus degree temperatures. The BF Goodrich equipped truck would provide us the opportunity to evaluate how a traditional all-terrain fitment handles under these conditions.

I was first asked to venture out in the Tahoe fitted with the popular BF Goodrich All-Terrain T/A KO, a tire noted for its aggressive off-road capabilities. The Tahoe accelerated strongly, but once I set up for the tight radius corners I would notice that the truck was having a difficult time holding the line I had selected.

In fact, I was getting mixed signals as I traipsed around the course, experiencing both over-steer and under-steer, depending on which direction I was turning, as well as the velocity of the big SUV. While the vehicle never felt unsettled enough to induce fear, I wasn’t overly comfortable with the tire as it didn’t seem to want to go where I was pointing it. The T/A KO may be predictable on the trail, but at speed on a slippery road it didn’t inspire much confidence.

Once behind the wheel of the Discoverer A/TW equipped Tahoe I set out to see what the engineers at Cooper have managed to create, and I must admit, that I probably drove a little more aggressively. The Cooper tire was still prone to slight slippage at the rear when tossed hard into tight corners, but the nose of the vehicle remained positioned towards the cone markers I selected as reference points with much more success.  They also proved to produce less noise, a fact supported later in the day while running on the facility’s high-speed oval track. I should point out that this testing was conducted during a period of record high temperatures in the San Antonio desert, so the cold-weather compound of the A/TW was working under incredible extremes.  A traditional winter compound would have been devastated by the heat alone, not to mention the tire-shredding rock formations we were asked to clamber over in modified Jeep Cherokee test vehicles.

The Discoverer A/TW features an aggressive all-terrain tread pattern that has been designed to perform well in mud, sand, and loose soil, but also excels in gravel and over rocks. Extra-wide chevron grooves and a fairly aggressive tread pattern help clear packed mud and debris, while also channeling water away from the contact patch.

Cooper has created a special compound for this tire that has been infused with special additives that allow the tire to resist cuts, chips, and abrasions, which will help alleviate driver stress when the going gets tough and the road conditions prove treacherous.

The Cooper Discoverer A/TW is a pretty special tire that should do very well in the Canadian marketplace.  It exceeds the standards set to achieve the severe winter rating for superior snow capability and is able to match the performance of a dedicated winter tire when it comes to dealing with ice, while at the same time it is delivers on- and off-road, year-round performance that one expect from a premium all-terrain tire .

This premium all-terrain, severe weather rated tire will be distributed exclusively in Canada at Canadian Tire stores, and will be available in 23 SUV and light truck sizes. All sizes come with a tread wear protection warranty. 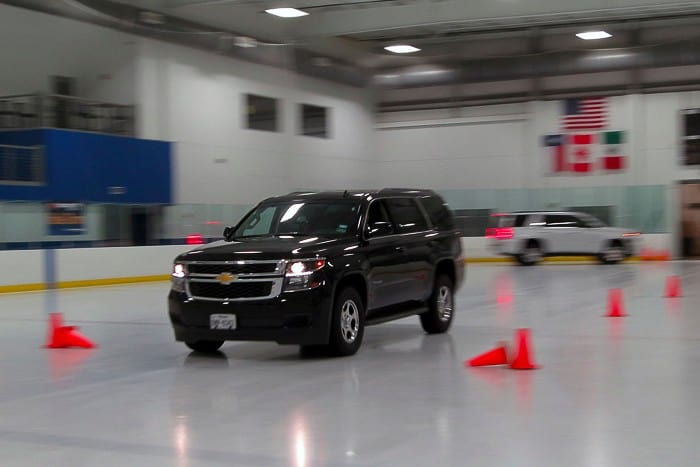 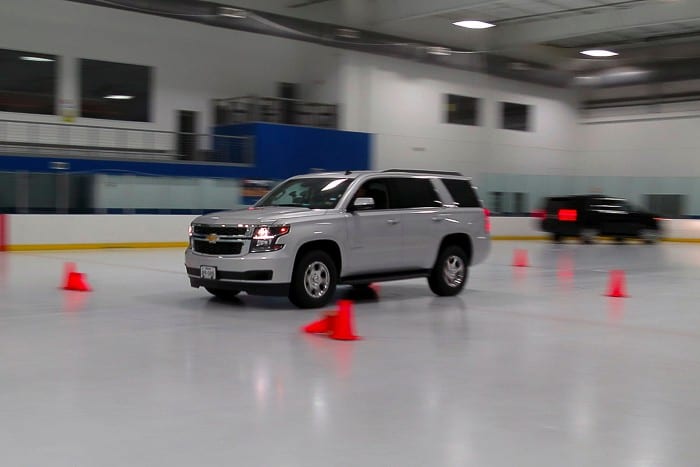 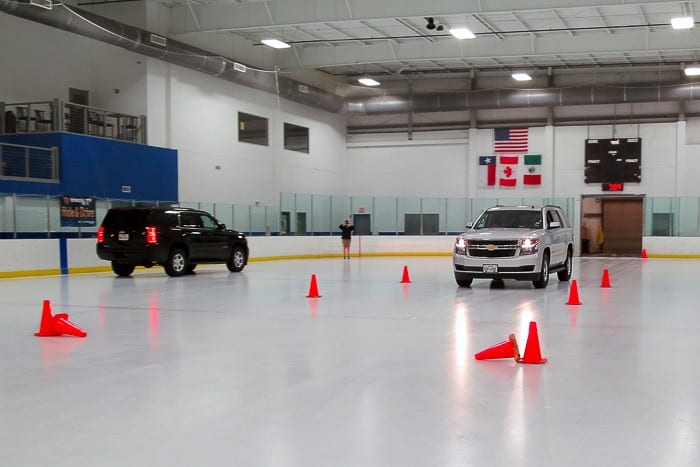 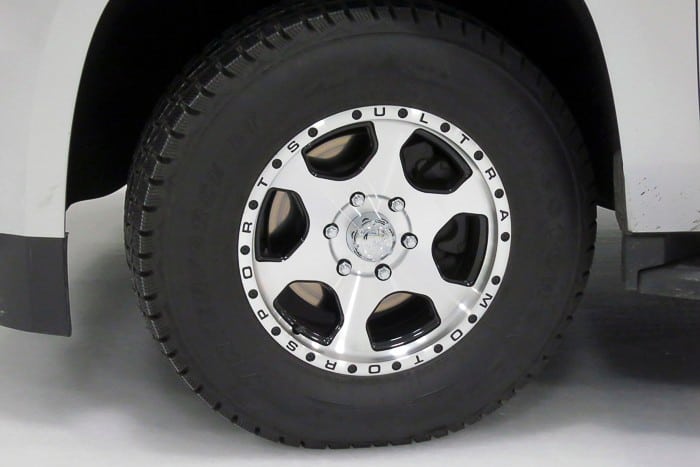 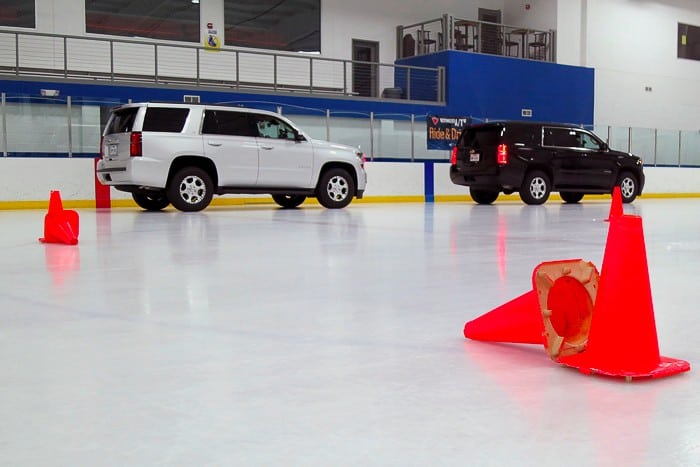 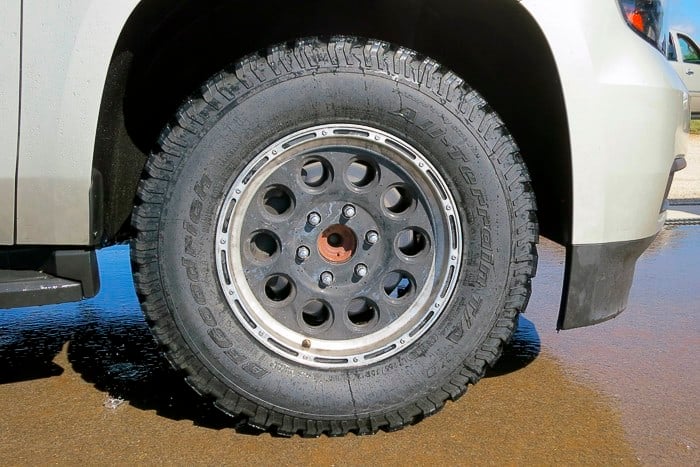 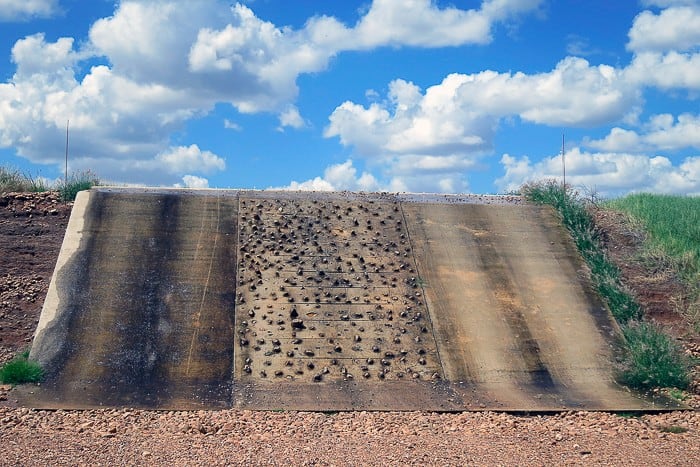 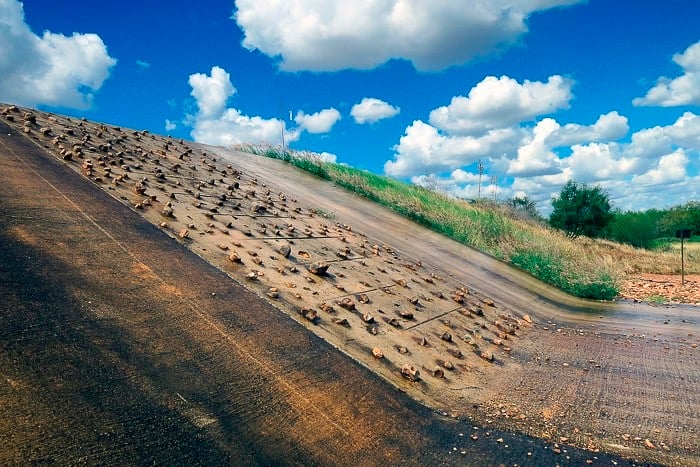 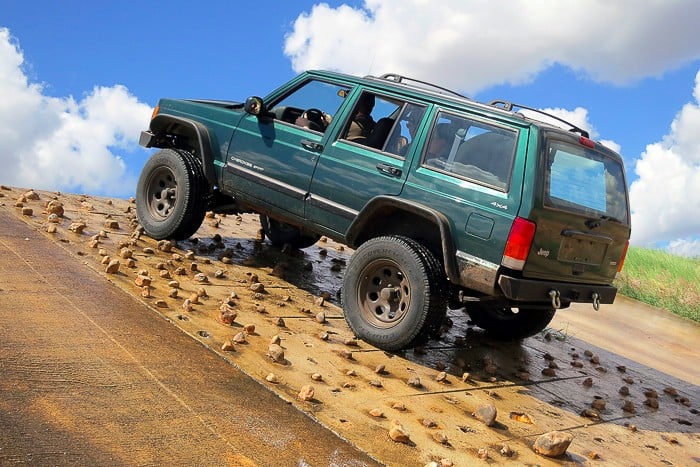 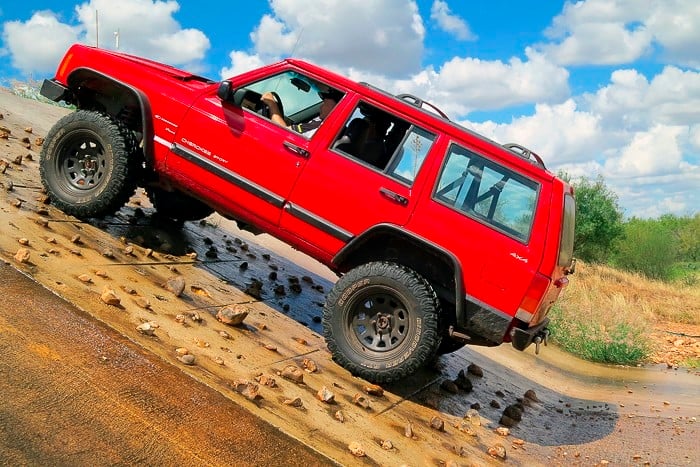 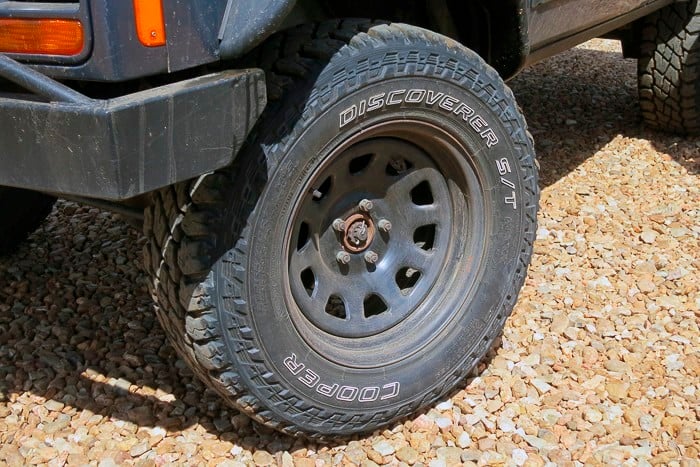 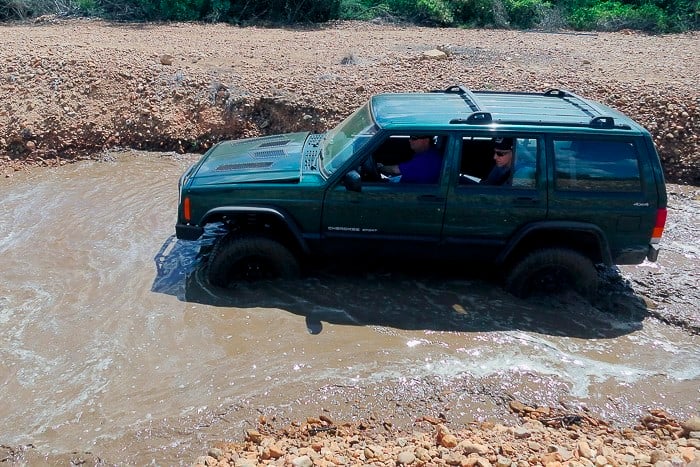 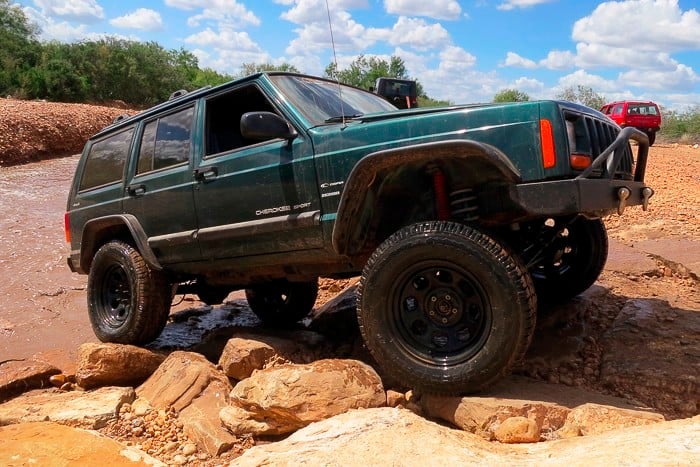 Russell Purcellhttps://www.flickr.com/people/autoexposurecanada/
Russell Purcell is an award-winning automotive journalist and photographer based in Vancouver, B.C. His passion for automobiles was sparked at the tender age of six, when a family friend gave the wide-eyed first grader a ride to school in a track prepared Porsche 911 RSR. He continues to fan the flames by building an impressive library of automotive related books as well as a vast collection of interesting automobilia and motoring artefacts. Russell is a member of the Automobile Journalists Association of Canada, and is active on Twitter as RoadTestRuss.
FILED UNDER:
Tire ResearchTire Reviews