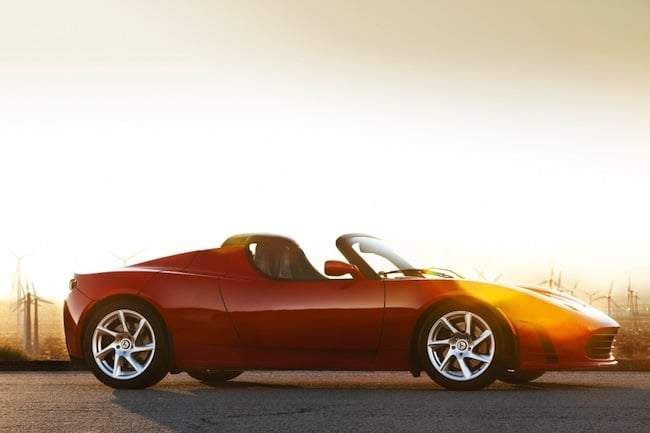 Toronto, ON — True story: Although the electric car may seem like a 21st-century phenomenon, the first examples appeared as far back as the 1830s. Over the subsequent 100 years, the first electric vehicles (EVs), limited by the crude battery technology of the day, didn’t make much progress.

The electric car movement effectively ground to a halt around 1930, the same time that gasoline-powered vehicles became more refined and petroleum products became more widely available. But now the EV is mounting a serious comeback.

In driving the new version—dubbed the 2.5—one thing becomes immediately clear: This thing is a very serious performer…

Due to modern advances in battery technology (much of the development fueled by portable computers and gas-electric hybrid cars), the latest wave of EVs offers more performance than ever before. While the staunchest of critics still claim that electric cars are little more than overgrown golf carts, they’re only partially right—and in the case of the 2011 Tesla Roadster Sport 2.5, they’re dead wrong. The first Tesla Roadster was introduced in 2008, but it was hampered by teething problems, most of these due to the astronomical cost and complexity associated with starting a car company from scratch—let alone an electric car company. Since then, the company’s troubles have been ameliorated by investors, government assistance and technological partnerships with mainstream manufacturers such as Toyota and Mercedes-Benz.

With the promise of blue skies ahead, Tesla has recently introduced a revised version of the Roadster and this dynamite car has, in turn, helped pave the way for mass EV appeal. In driving the new version—dubbed the 2.5—one thing becomes immediately clear: This thing is a very serious performer that can out-race all but the most exotic of exotic cars on the road today.

…Tesla regains its competitive edge through the use of lightweight materials such as carbon fibre and aluminum.

This performance is accomplished without the usual sports car sound and fury—no rumbling engine (just a persistent whine), no earth-shaking gear changes (a single fixed-gear launches the car forward) and, more pointedly, no emissions whatsoever.

The engine behind the Roadster Sport 2.5 is an AC induction unit that generates the equivalent of 288 horsepower and 295 lb-ft of torque. For the uninitiated, these numbers are not comparable to the most exotic cars on the road today, but the Tesla regains its competitive edge through the use of lightweight materials such as carbon fibre and aluminum. Plus, all electric cars hit their peak torque from the very get-go, so the net result is a car that launches from a dead start to 100 km/h in a blistering 3.9 seconds and motors on to hit a top speed of 201 km/h. If the Tesla is driven at a more moderate pace, its lithium-ion battery pack can achieve a range of 394 km, which easily eclipses other EVs either on the market or on the verge.

There are three options available for recharging the Tesla. The car comes standard with a 120-volt mobile connector, which can be supplanted by a 240-volt universal mobile connector for an additional $1,720. Erstwhile owners can also opt to install a 240-volt wall-mounted charging system for their garages at a cost of $2,235. Charging time for the wall-mounted system is 3.5 hours.

Electrics aside, the Roadster Sport 2.5 comes armed with some serious sports car-style equipment, including an adjustable suspension system, forged aluminum wheels, summer performance tires and a regenerative braking system that helps recharge the battery pack. These elements combine to give the Tesla a suitably racy feeling—the steering is ridiculously sharp, the handling is more of the same and the brakes have a certain, reassuring vibe. This is an exotic car experience, minus much of the residual guilt.

The car is, naturally, a two-seater, so interior space is not plentiful…

Of course, as with any car, the Roadster Sport is not without its weaknesses. Lowering yourself down, over and into the height-impaired cabin is an adventure in limbo dancing. The car is, naturally, a two-seater, so interior space is not plentiful, particularly for larger folk. On the positive side, the cramped cabin means that everything is within immediate reach.

The interior is not up to the standards of a car that costs well north of six figures. There’s an almost crude look and feel to the gauges, dials and controls (despite the liberal use of NASA-grade carbon fibre), the kind of characteristics you’d expect from a stripped-down track toy. Of course, it’s also worth remembering that this track toy costs just pennies to operate and is, again, faster than most. The 2011 Tesla Roadster Sport 2.5 will not meet with every driver’s approval. Even those who yearn for high performance at every turn might find this sports car too quiet, too composed and too refined. But for those with a need for green speed—and the ability to beg, borrow or steal to secure the $147,300 entry fee—the Tesla is as compelling a vehicle as can be found.

In terms of sheer excitement, the Roadster Sport 2.5 is also the undisputed pace-setter of the electric set and everyone involved in its production deserves as much praise as they can take.

Mark Hackinghttp://www.markhacking.com/
Mark Hacking is an award-winning car, motorcycle and motorsports journalist whose work has appeared in Azure, enRoute, Intersection, NUVO and Toro, among many others. He is the former editor of Performance Racing News, the former managing editor of DRIVEN, and a member of both the Automobile Journalists Association of Canada and the Motor Press Guild of California. An avid racer, Mark is a three-time podium finisher at Targa Newfoundland and, this past season, raced in the VLN Series at the Nürburgring with the factory Aston Martin team. His motto in life: Drive fast, take chances.
FILED UNDER:
New CarsCar ReviewsCoupe ReviewsHybrid and Electric Car ReviewsTesla Reviews

Porsche has just released the eighth generation of its venerable 911. We put the 443-horsepower 2020 Porsche Carrera S Cabriolet to the test - in winter.
Read more
Porsche

The N brand launched in Europe with the i30 hatchback and comes to North America with the mechanically similar Veloster N, now in its 2nd-generation.
Read more
Honda

What's the difference between the Fusion Hybrid and Energi? Is the 2019 Fusion Energi worth it? We review Ford's sleek plug-in hybrid (PHEV) sedan.
Read more
Ford Mustang

The Mercedes-AMG GT-C Roadster is the third offering in the company's four AMG GT model range. We put this 550-hp Mercedes cabrio to the test.
Read more
Hyundai

A new Hyundai hybrid hits the scene. We review the 2018 Ioniq Electric Plus - a middle ground between the EV and the standard hybrid car.
Read more