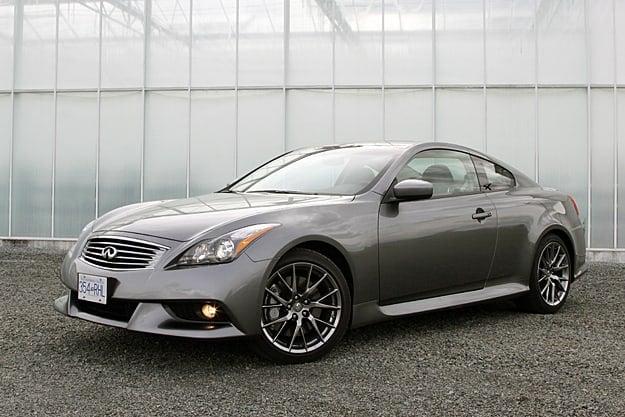 A limited edition, we review the 2011 Infiniti G37 IPL Coupe with its healthy dose of upgrades

When Nissan launched its Infiniti brand to market luxury automobiles, SUVs and CUVs it had its sights set  on competing with the likes of BMW, Mercedes-Benz, Audi, Jaguar and Lexus for affluent buyers in North America. The Infiniti brand quickly garnered a solid client base as the cars were stylish, well-equipped, reliable and for the most part, fun to drive.  But some buyers really like to drive.

BMW created its M Division and Mercedes-Benz spawned AMG to help create automobiles with enhancements to styling, performance and handling. In a similar vein Jaguar offers its R models and Audi has its S cars. Even Lexus had joined the party with its stunning IS-F. Enthusiast drivers knew that it was only a matter of time before the product planners at Infiniti would develop a performance division similar to that of its competitors, that being  the Infiniti Performance, or IPL. I recently had the chance to spend a week behind the wheel of the first IPL offering, that being the 2011 G37 IPL Coupe.  I have always been a fan of the G Coupe as it offered buyers stylish, sweeping body lines, a luxurious and comfortable interior, and of course, a sport-minded driving experience. The IPL takes the G Coupe’s performance up a notch by modifying the 3.7-litre V6 to produce 348-hp, which is a healthy bump of 18 extra ponies over the standard G37 Coupe. This potent power plant likes you to explore the higher limits of the tachometer, but with 276 lb-ft of torque on tap it also likes to put the power down.

The IPL may still be a luxurious car befitting the upwardly mobile executive, but as the performance offering for the model it is nice to see that the car has be fitted with a true dual exhaust system. This free-flowing set-up managed to sonically tickle my ears enough that I found myself having to resist driving with the windows down.

The G37 IPL Coupe gets a host of  aggressive modifications to the bodywork including a new front fascia, subtle skirting, and a trunk-mounted spoiler. Big, 19-inch sport alloys painted in a hue similar to that of the car add to the tuner look, and it is all capped off by a simple IPL badge on the trunk. My test unit looked very expensive cloaked in its high lustre Graphic Shadow paint, one of only two colours available for the IPL. The interior was an all leather affair with the sport seats tightly wrapped in   deep grey hides dressed up with bold red stitching. Brushed aluminum trim is in abundance throughout the tidy cabin, and was cool looking enough that I was tweeting a photo of it before I even started the car. The three-spoke steering, aluminum-capped pedals and compact gauge cluster all add to the sporty look carried through the car.

The car accelerates with just a hint of aggression, and the six-speed manual transmission featured nice, short throws. A seven-speed automatic with shift paddles mounted on the steering column is available as an option. My preference would be the manual gearbox, but I don’t have a bumper-to-bumper commute to contend with on a daily basis.

Handling is crisp and precise, and enthusiast types will appreciate the stiffer springs, sport shocks, and communicative steering. A mechanical-type limited slip differential and heavy-duty sport brakes make this car a nice tool for lapping duty at the local track. The ride feels firm, but not enough to beat you up if this is your daily driver.

As the high trim offering of the G37 Coupe line-up this car is loaded with standard features including a premium Bose stereo, navigation, rear-view camera, and a sunroof. The car also benefits from the more powerful engine, and the fact that it will be quite exclusive, as only a limited number will be produced each year. 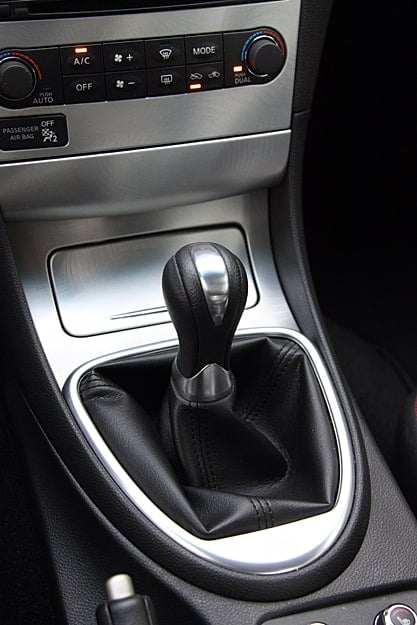 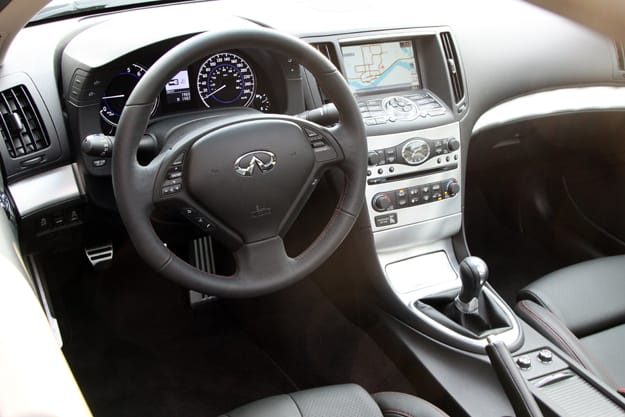 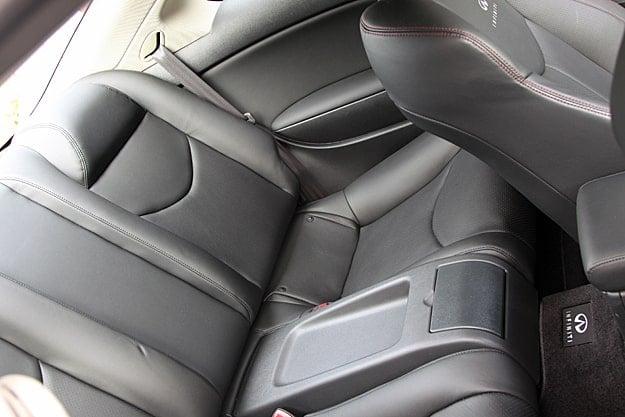 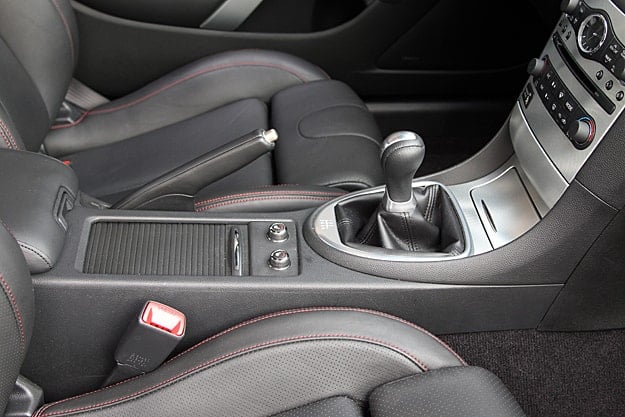 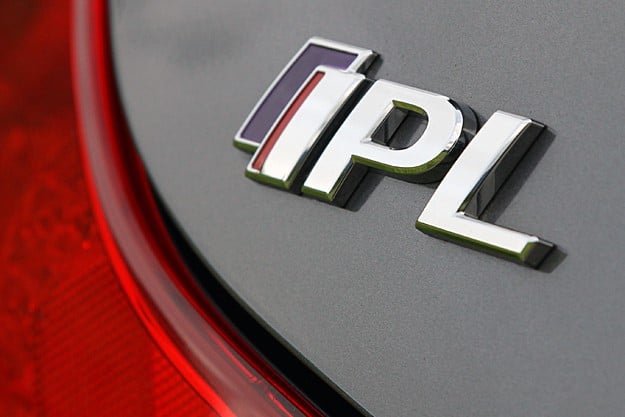 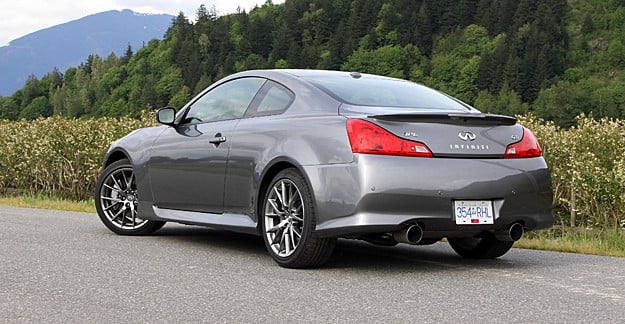 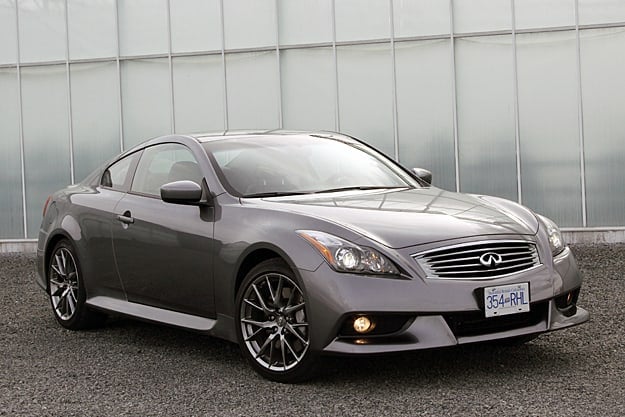 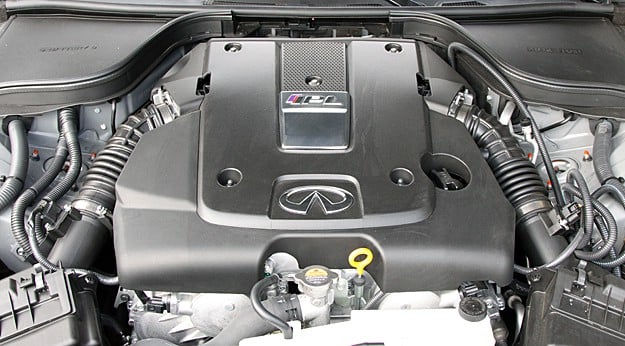 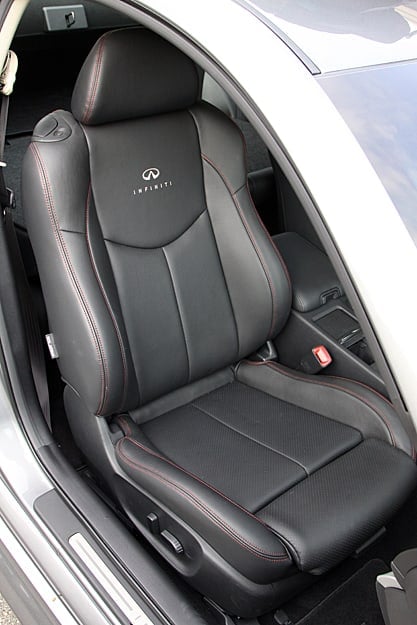 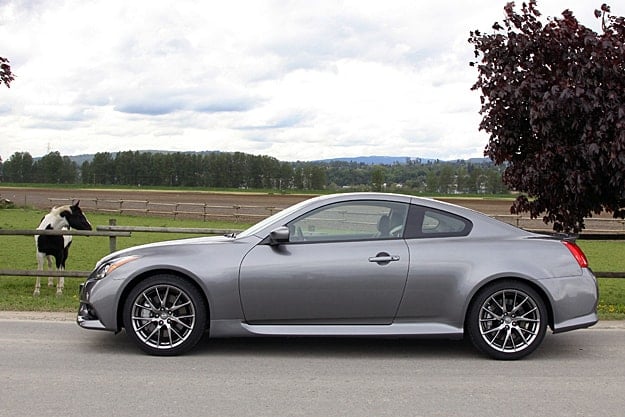 The N brand launched in Europe with the i30 hatchback and comes to North America with the mechanically similar Veloster N, now in its 2nd-generation.
Read more
Infiniti

With Canadian designer Karim Habib at the helm, Infiniti previews the beefy yet sleek QX Inspiration electric SUV ahead of its debut in Detroit this month.
Read more
Ford Mustang

The Mercedes-AMG GT-C Roadster is the third offering in the company's four AMG GT model range. We put this 550-hp Mercedes cabrio to the test.
Read more
Infiniti

The highly anticipated Infiniti crossover has arrived. The 2019 QX50 is completely new with a sharp redesign inside and out. But how does the breakthrough VC-Turbo engine actually perform?
Read more
Nissan

20-years later, the new Porsche 718 Boxster finally matures into the coupe it was meant to be.
Read more
2018 SUV and Crossover Reviews

Here's a closer look & full review of the new 2018 Stelvio Ti - the mid-range offering of the mid-size sport SUV. But is 280 horsepower enough to compete?
Read more