The redesigned 2016 Nissan Altima SR gets injected with a bit of fun boasting stiffer springs and larger sway bars, but needs a gustier V6. 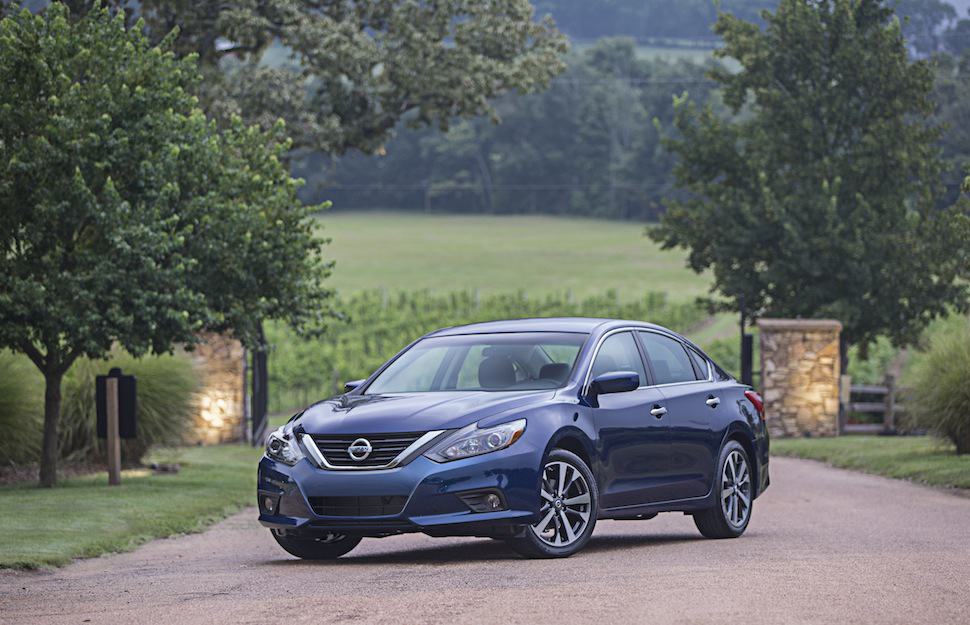 There was a time when Nissan was considered among the sportier of the mainstream Japanese car manufacturers: in the 1990s, an SE-R version of its compact Sentra was a budget-priced blast on a back road, and the larger Maxima lived up to the “four-door sports car” tagline the company’s marketers began using a decade later.

The mid-range Altima was mostly left out of the sporty equation, save for a period in the mid-to-late 2000s when it got its first V6 engine and styling that set it apart from its mid-sized family sedan competition. After that, the Altima went soft: you could still get it with a big V6, but it favoured comfortable power over sporting responses.

Altima gains a complete (much needed) redesign for 2016

For 2016, Nissan has injected a bit of fun back into the Altima line: a full redesign brings with it an SR trim that boasts stiffer springs and larger sway bars that promise a firmer ride, flatter cornering and sharper handling.

More on that shortly, but it’s worth noting this new design is not a major departure from the previous generation. It’s what we car reviewers tend to call an evolutionary change, and in this case it indicates that Nissan was happy enough with the outgoing Altima’s performance in the marketplace that it didn’t need a complete do-over. The result is a handsomer exterior highlighted by 18-inch wheels that are otherwise only available if you spring for the V6-powered 3.5SL model.

As before, the line starts with a 2.5L four-cylinder engine that can be optioned to that 3.5L V6, both of which come standard with a continuously variable (CVT) automatic transmission. We’re not overly bothered by the lack of a manual transmission; what’s more surprising to us is that Nissan only offers this sport-oriented chassis with the four-cylinder engine, whose power ratings of 182 hp and 180 lb-ft of torque don’t exactly get our hearts pounding.

Driving Dynamics: how does the new Altima SR perform?

Bend the Altima SR into a corner and it handles with a nearly neutral feel, lacking the understeer that most compact and mid-size cars exhibit when pushed enthusiastically into curves. And while flat cornering isn’t a prerequisite for fun, those thicker sway bars (also known as anti-roll bars) keep this car on the level better than we expected. Chassis-wise, all we wanted was steering that communicated more road feel to our hands.

The trade-off to all of that was obvious right from the start, however: the SR’s ride is quite firm and gets uncomfortable on Ottawa’s pockmarked post-winter pavement.

Indeed, while this car’s drivetrain combo proved perfectly competent, it left us wanting more: every time we flung our Altima tester around a corner to get a feel for what the chassis was capable of, we found ourselves desperately wishing for that V6 engine’s extra 88 horsepower to haul us back up to speed again.

Inside, the SR shares its comfortable front seats — including an eight-way power driver’s chair — with the less-expensive 2.5SV model. As good as they were for tooling around town — we suspect this would be a great road-trip car — they offered little in terms of lateral support to drivers looking to toss it around on some twisty backroads. They are, however, heated here and in that less-pricey SV model.

Rear seat comfort is less impressive: I’m only five-foot-seven on a good day, and even I didn’t find much headroom or thigh support in the outboard positions of the three-place bench. Trunk space is decent, though, at 436 litres.

The SR trim features in the cabin

Just as the Altima model line forces you to choose between handling or horsepower, the SR model also offers no upgrades beyond what’s included in the basic package. Yes, there’s a decent-sounding six-speaker stereo, but you can’t option the $27,798 SR with the NissanConnect system (which gives you access to navigation and Nissan’s mobile apps suite) nor can you get a sunroof. Strangely enough, that SV trim comes with the option of a package that includes both.

Bend the Altima SR into a corner and it handles with a nearly neutral feel, lacking the understeer that most compact and mid-size cars exhibit when pushed enthusiastically into curves.

Honda’s Accord comes in a Sport trim that brings a similar feel to that car; however, it has a more welcoming interior and better steering feel to make up for handling that’s not quite as sharp as the Altima SR’s.

Takeaway: is the 2016 Nissan Altima SR worth it?

Many of the Altima’s contemporaries offer so-called sporty trim levels that under-deliver on the promise of a more entertaining driving experience. In some respects, the Altima SR is a refreshing alternative to that trend; all it needs is a gutsier powertrain to go along with a surprisingly capable chassis and the option to add a few more convenience features to liven up the car’s basic interior appointments.