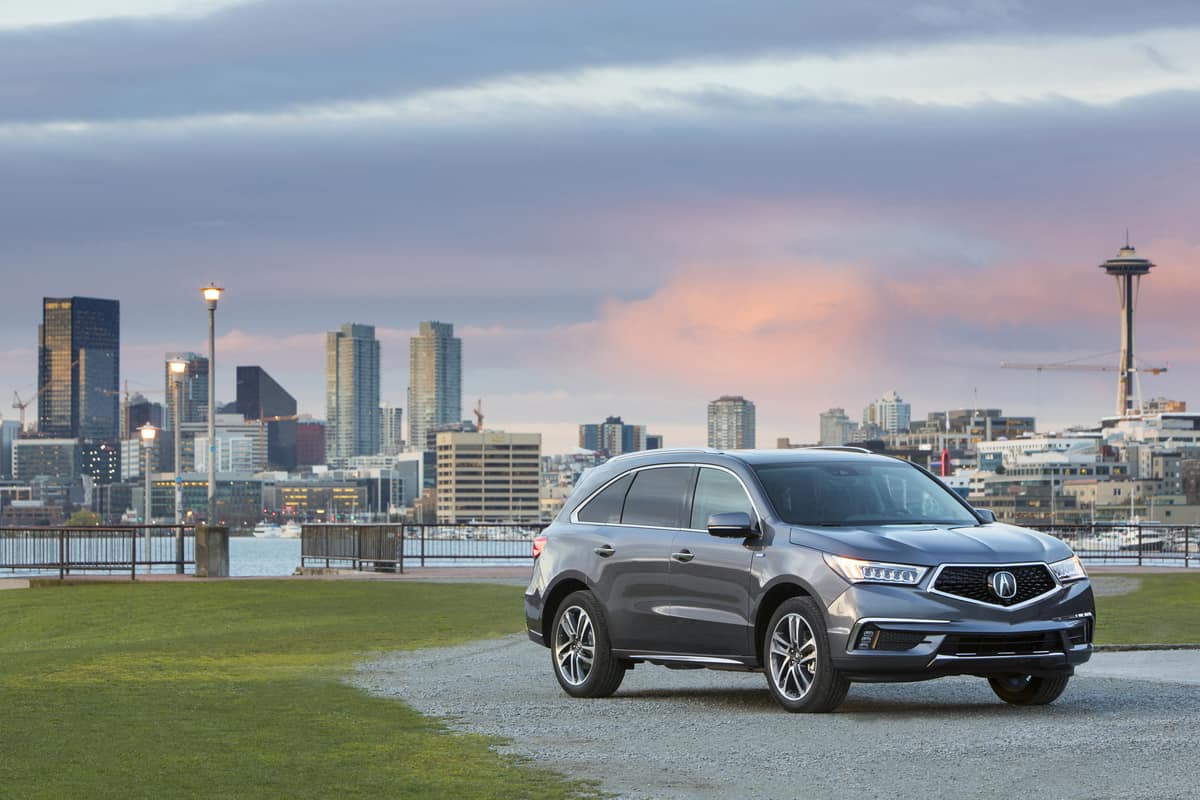 Acura’s hybrid SUV is the best-selling three-row luxury sport utility of all time (we had no idea). So we put the Japanese family hauler in the Sport Hybrid trim to the test to see for ourselves.

The last couple of years have seen Acura shine a spotlight on gas-electric hybrid propulsion, most notably with the 2017 introduction of an NSX sports car that derives nearly 600 hp from a combination of gas and electricity. That car was a rolling showcase for Acura’s latest hybrid tech, which places an electric motor at each front wheel and pairs a third with a gasoline engine to drive the rear wheels.

All-wheel drive is common enough in sports cars — regardless of what power source is actually driving the wheels — but it’s more frequently used in crossovers, so that’s where Acura went next, adding a version of that three-motor hybrid system to its MDX luxury utility.

Acura is not interested in simply using hybrid power to make the MDX more thrifty. Instead, they took a modified version of the NSX’s drivetrain and flipped it around so that one motor lives under the hood with a V6 engine, while the other two hang out at the rear axle to provide all-wheel traction and the ability to adjust power delivery between the left and right wheels (torque vectoring) that Acura’s Super Handling AWD system is known for. It works well to hustle the MDX through corners, sending more power to the outside rear wheel to help steer the car where you’re pointing it. With all six cylinders and three motors working together, the hybrid MDX makes 321 hp and 341 lb-ft of torque. That’s 31 hp and 74 lb-ft more than you get in a regular MDX, but it’s fair to say most of that extra power is offset by the 124 kg of extra weight brought by the battery pack.

As a result, the MDX Sport Hybrid doesn’t feel all that much quicker than the gasoline version, though the generous torque the electric motors crank out does make this big crossover feel more lively in city driving.

That’s also where you’ll benefit most from this hybrid’s reduced fuel consumption, with a city driving estimate of 9.1 L/100 km — a lot lower than the gas model’s 12.2. Hybrids require a light touch if they’re to live up to economy promises: Without that kind of restraint, you’ll probably wind up with average consumption of 10.5 L/100 km around town, as we did. Had we done the same driving in a gas MDX, we probably would have seen an average approaching 14 L/100 km.

Still, we noticed the gas engine went to sleep pretty often at cruising speeds. The MDX isn’t designed to travel significant distances on electricity alone, but if you’re careful, all those moments can add up to notable fuel savings. And adding to this point, according to writer Don Sherman at Car & Driver, this hybrid’s fuel efficiency isn’t stellar on the highway compared to the gas-powered counterpart. From the inside, the MDX Sport Hybrid is virtually identical to its gasoline sibling. There are seven seats, including two in a third row not designed for adults. But up front, there’s plenty of comfort to be had in 10-way adjustable chairs with heat and ventilation.

Acura takes a two-screen approach to its infotainment arrangement. The lower display is touch-sensitive and looks after the audio and climate-control systems, while an upper screen responds to the control dial on the centre stack and provides navigation functions and access to various menus. The navigation system’s graphics look quite dated; we’d hang in for a 2018 MDX in order to get that car’s more modern displays, which promise faster responses and support the Apple CarPlay and Android Auto smartphone integration platforms.

But you might have to wait at least a few months: Acura added this hybrid MDX partway through the 2017 model year, anticipating it would be a slow seller relative to conventionally-powered MDX models. So, although it’s already 2018, the car you’re reading about is a 2017 model, as Acura is waiting a bit before it rolls out this year’s version of the MDX Sport Hybrid with those infotainment improvements.

MDX pricing starts around US$44,050 or C$54,000. In the US, the price from gas to hybrid is nominal around US$2,000 more for the MDX SH-AWD. But in Canada, by the time you get to the Sport Hybrid, that price has ballooned to just shy of C$70,000; if you have that kind of money to spend, you get better value for it here in terms of luxury and convenience features than in the MDX’s German competition.

There are many good things to say about the way the MDX hybrid drives, but Acura is a step behind cars like the BMW X5, whose hybrid variant is a plug-in model that can be charged up and driven about 25 km on electricity alone. The MDX Sport Hybrid may represent state-of-the-art for Acura’s gas-electric technology, but if you want the latest the world of hybrids has to offer, you’ll have to look elsewhere. 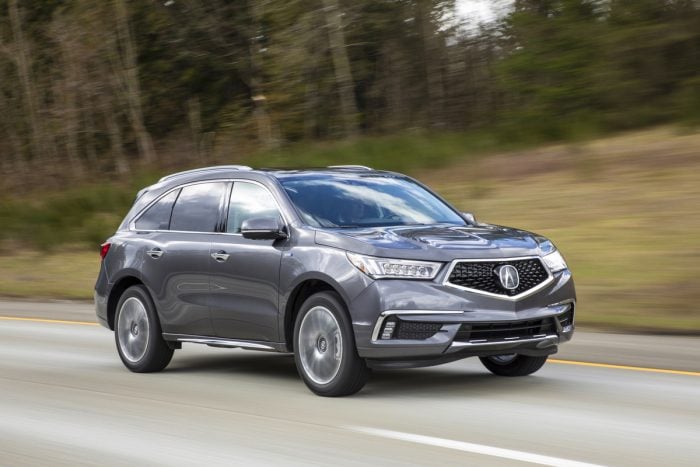 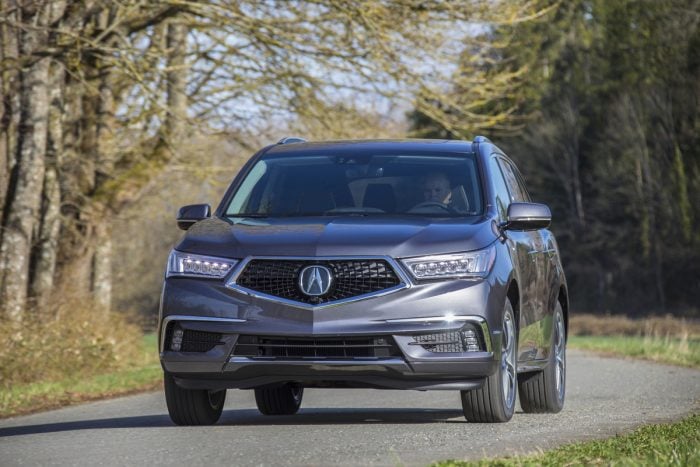 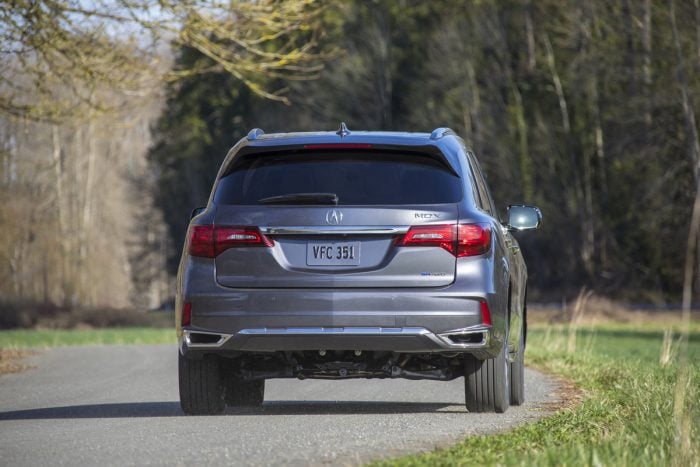 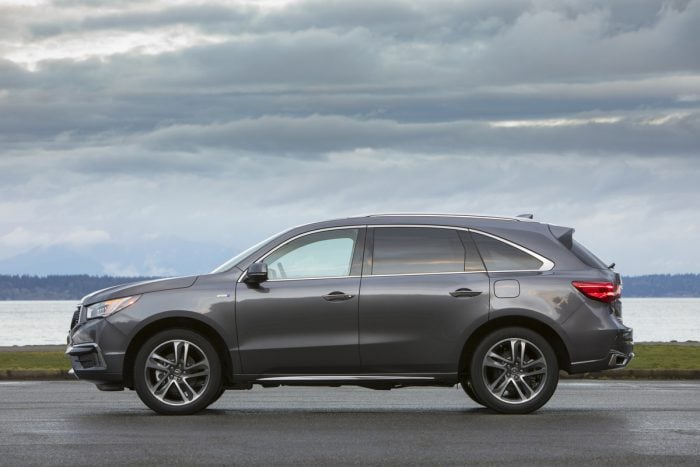 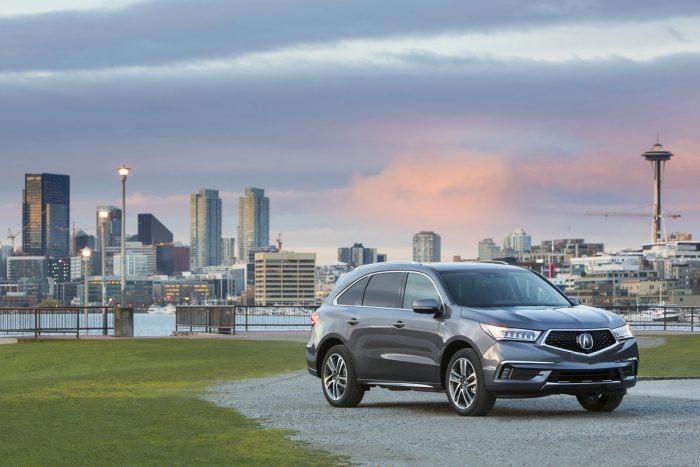 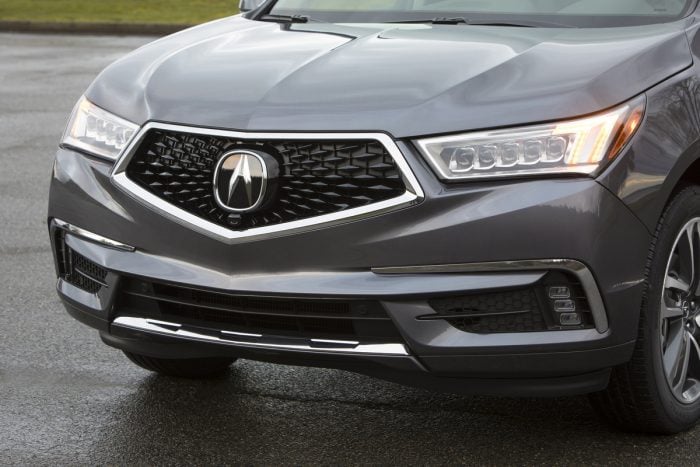 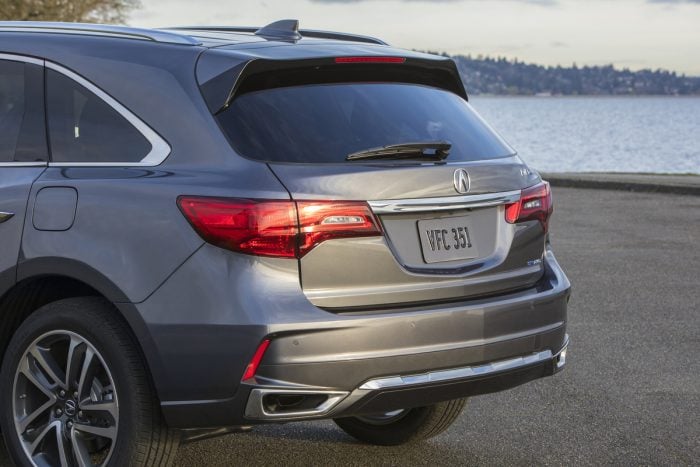 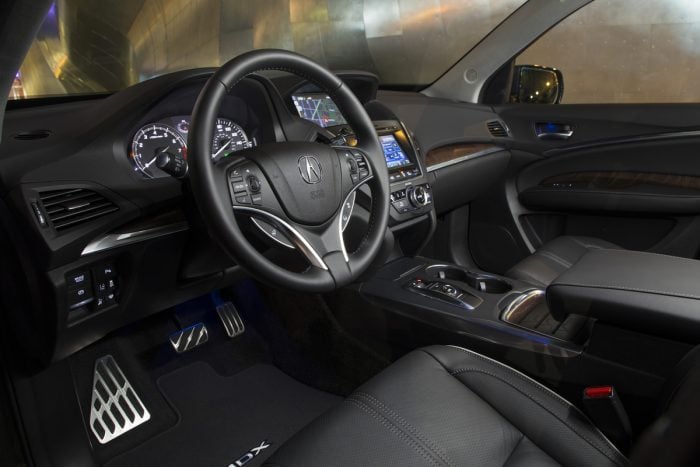 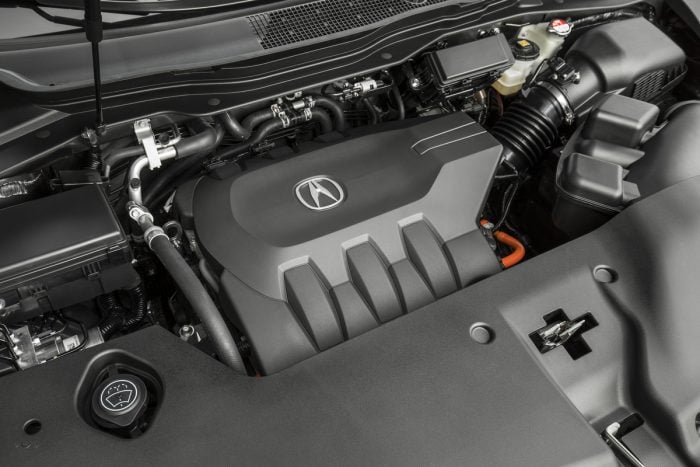 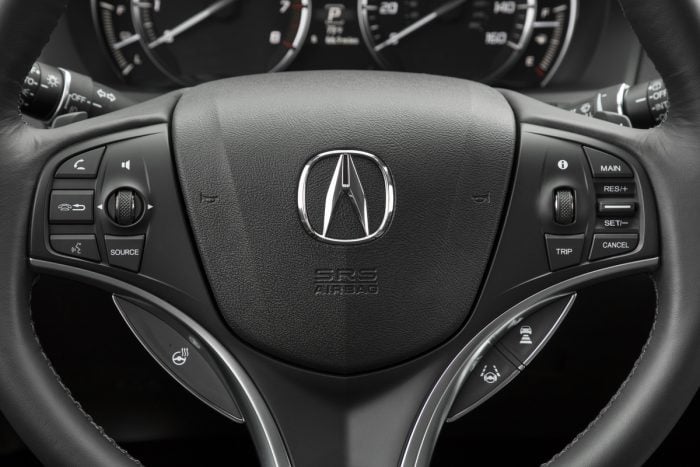 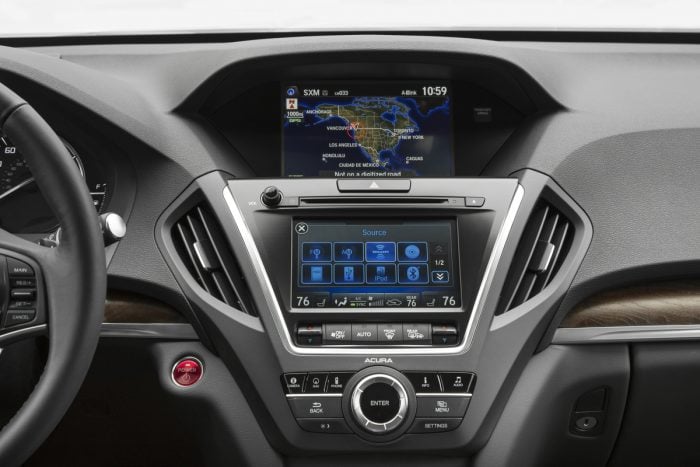 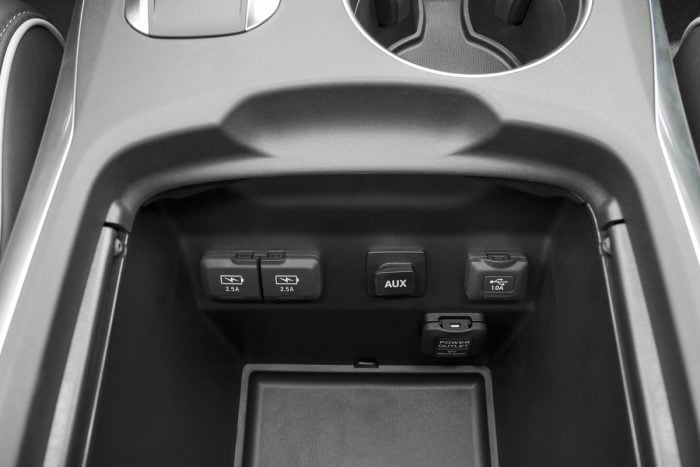 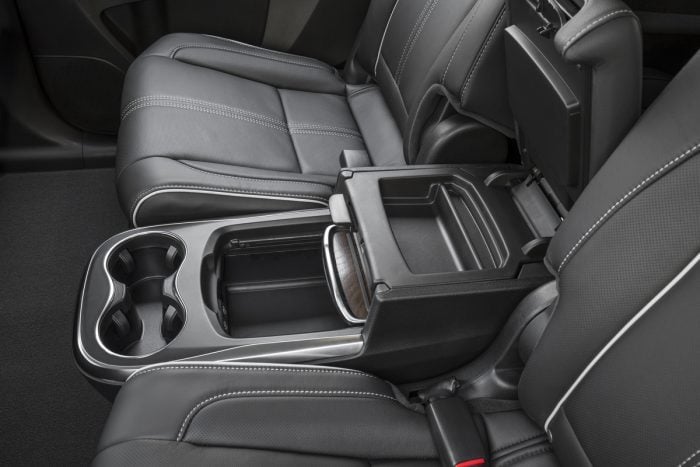 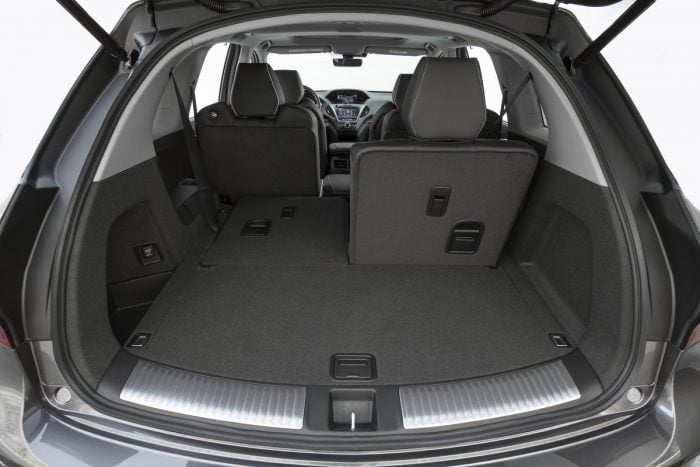 Chris Chasehttps://chrischasescars.com/
Chris has been writing professionally about cars since 2004, in print and online. He lives in Ottawa with his wife and two feline tyrants. In rare quiet moments, he can be found travelling or playing one of his way-too-many guitars. Chris is also a journalist member of the Automobile Journalists Association of Canada (AJAC).
FILED UNDER:
SUV and Crossover Reviews2017 SUV and Crossover ReviewsAcuraCar ReviewsAcura ReviewsHybrid and Electric Car Reviews

What's the difference between the Fusion Hybrid and Energi? Is the 2019 Fusion Energi worth it? We review Ford's sleek plug-in hybrid (PHEV) sedan.
Read more
Mitsubishi News