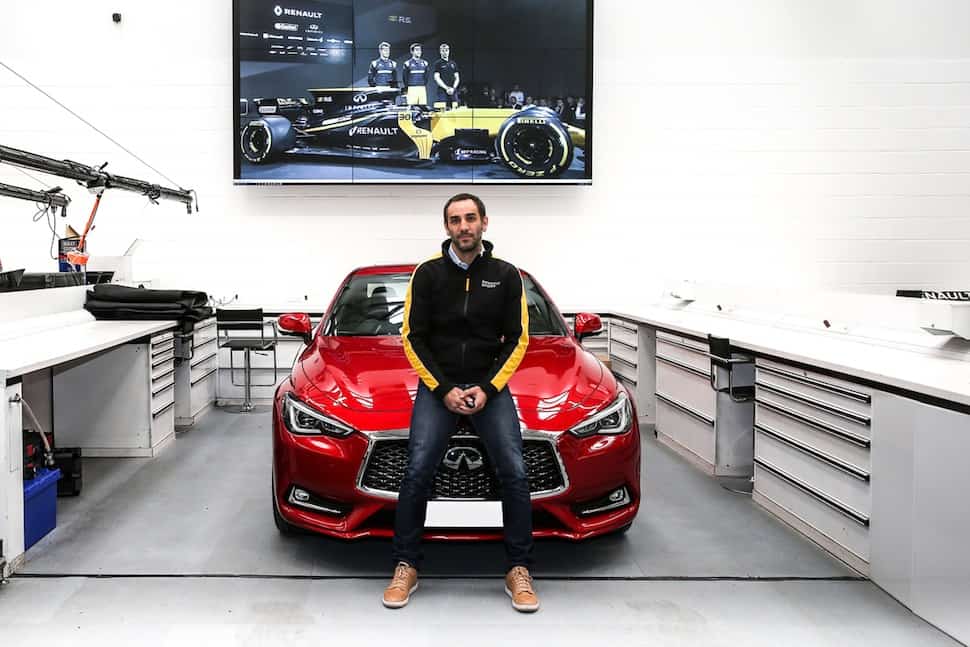 ‘The mechanic’s car is always broke’ mantra doesn’t (and shouldn’t) apply to the racing world. That’s why Infiniti handed over the keys to their fastest and most powerful model of the Infiniti range – the Q60S sports coupe — to Cyril Abiteboul, Managing Director of the Renault Sport Formula One Team.

Powered by a 3.0L V6 twin-turbo engine, this 2017 Q60S will sprint to 100km/h in under 5-seconds; making this power plant the  lightest, most powerful, cleanest and most fuel-efficient V6 turbo engine within the Japanese automaker’s product lineup.

Compared to the other 3 models in the Q60 lineup

Aside from simply offering a nice gift to the guy heading your racing division, this 2017 Q60S signifies the ever-growing collaboration between Infiniti and the Renault Sport Formula One Team within the Renault-Nissan Alliance. Perhaps their most notable project together is the recently announced Project Black S featuring F1-inspired technology for everyday road driving.

So how does Cyril Abiteboul feel about his stellar Q60S? “I am very excited to receive my INFINITI Q60S,” he states. “I have already driven the car, and I love the way it looks and drives. The performance of the car is extraordinary, and I really can’t wait to take it out more often.”