Mazda’s original CX-9, its first SUV with three-row seating, was the result of a 35-year partnership with Ford that saw the smaller Japanese company benefit from the American juggernaut’s significant research and development resources.

The result was a good vehicle, but one whose big, thirsty V6 engine eventually became badly outmoded compared to the more modern and efficient motors offered by some of Mazda’s competitors. So for the second-generation model introduced for 2016, Mazda – now working solo following Ford’s sale of its last Mazda shares in 2015 — put its own engineers to work designing an all-new CX-9 around its fuel-efficient SkyActiv drivetrain technology.

For 2017, the CX-9 carries over unchanged, powered by a 2.5-litre turbocharged four-cylinder engine with the dubious distinction of having the lowest horsepower rating of any vehicle in its class, at just 227. It makes up for that with a diesel-like 310 lb-ft of torque, which generates great power in city driving but feels less impressive the higher it revs. Given that relatively narrow power band, the CX-9 might benefit from the more tightly-spaced gear ratios of an eight-speed transmission in place of its six-speed.67 What we like more is this motor’s fuel consumption, which averaged 10.0 L/100 km in a mix of driving skewed toward cruising hilly, rural two-lane roads in the West Quebec region north of our Ottawa home base. For comparison, a first-generation version we drove in 2013 barely did better than 12.0 L/100 km in highway driving.

Like the first-generation model, this newer CX-9 rides on a firm suspension, which works better here than in its heavier predecessor. Part of the new design’s weight reduction comes courtesy of its smaller size, however, which reduces this crossover’s utility: the third row is uncomfortably small for adults, and that’s going to work against Mazda as larger competitors like the all-new Volkswagen Atlas come along with three rows of seating that can accommodate adults.

The CX-9 also lags many of its key competitors, like the Honda Pilot and Toyota Highlander, in cargo space: there’s less of it here than in the previous generation.

It’s a lot easier to live with the interior finishes in our $50,100 range-topping Signature-trimmed tester, which gets gorgeous wood trim on the centre console and Nappa leather seating, along with more conventional materials that nonetheless look and feel like quality. The CX-9 is one of the few vehicles in this class whose interior actually belongs in a $50,000 model; many of its competitors force buyers to live with cheaper materials and fit-and-finish that are out of place at this price point. Signature trim gets all the trimmings, including radar cruise control, automatic emergency braking, forward obstruction warning, lane-departure warning, lane-keep assist and automatic high beams, which are bundled together as the extra-cost technology package in the GT model found one rung down in the CX-9 lineup.

With the GT, the Signature shares a 12-speaker sound system, navigation and an eight-inch infotainment display (up from seven inches in lesser trims) that can be operated by touch or a dial on the centre console. Overall, Mazda has a good system here, but some normally simple operations (saving radio station presets is the one that always annoys us) are unnecessarily fussy.

The CX-9 scores well in a few key areas, the most notable being its fuel efficiency. Its downfall is a tight interior that would be better suited to a spacious five-seat layout rather than the three-row arrangement Mazda has squeezed into this otherwise well-executed vehicle.

Instead, we see the CX-9’s interior quality as its strongest selling point, especially in this top-end Signature model. If you’re looking for a family-sized luxury crossover without an upscale brand’s inflated price tag, this is where your search should begin. 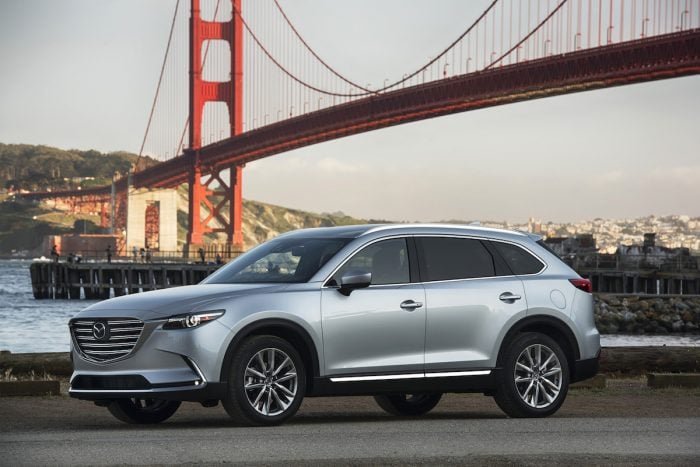 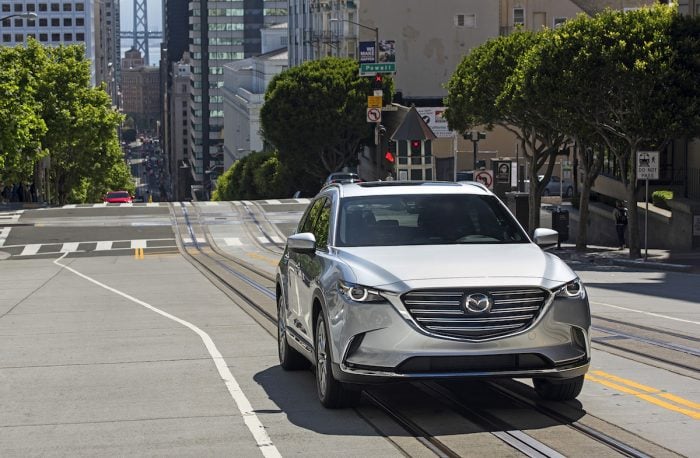 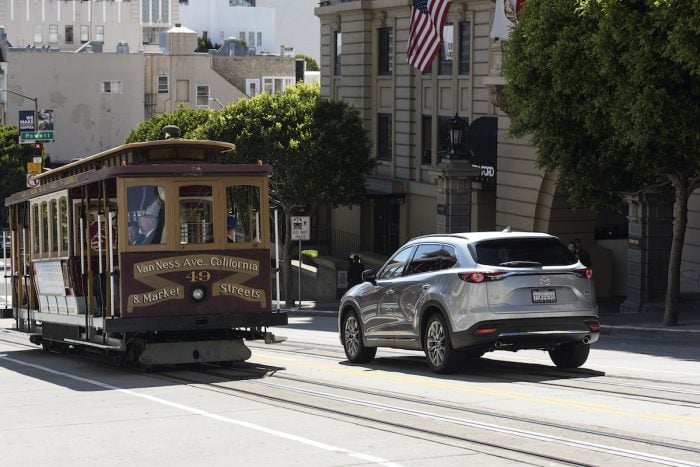 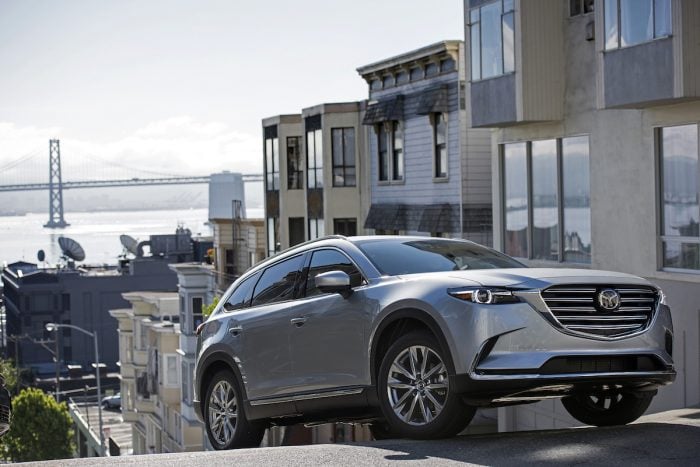 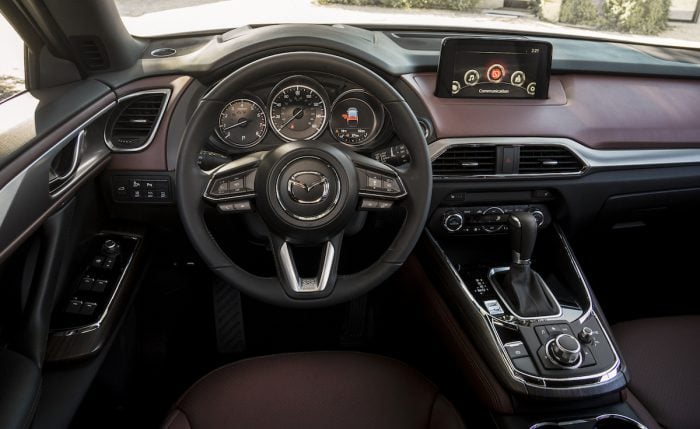 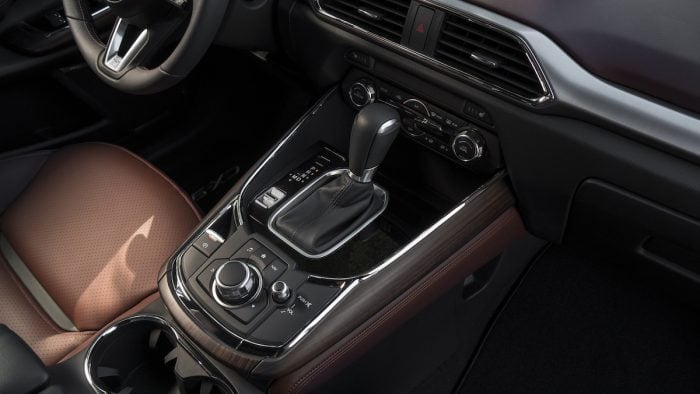 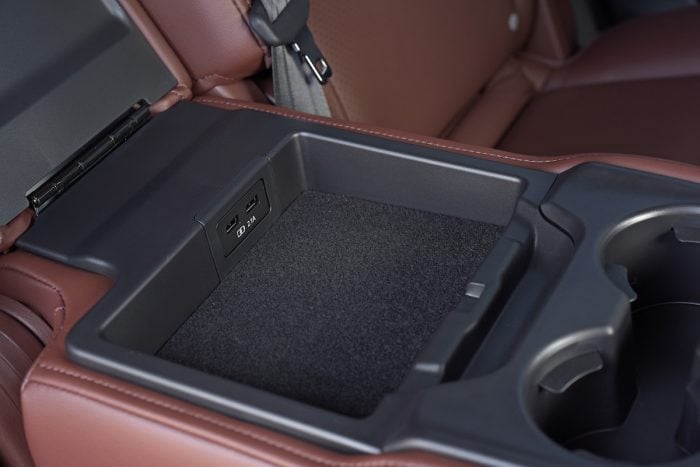 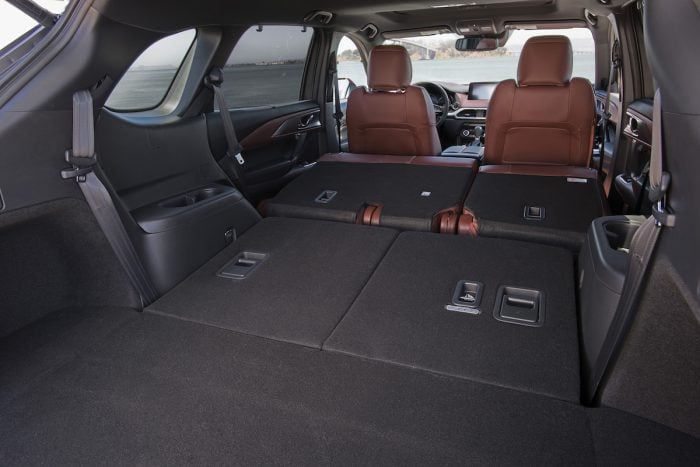 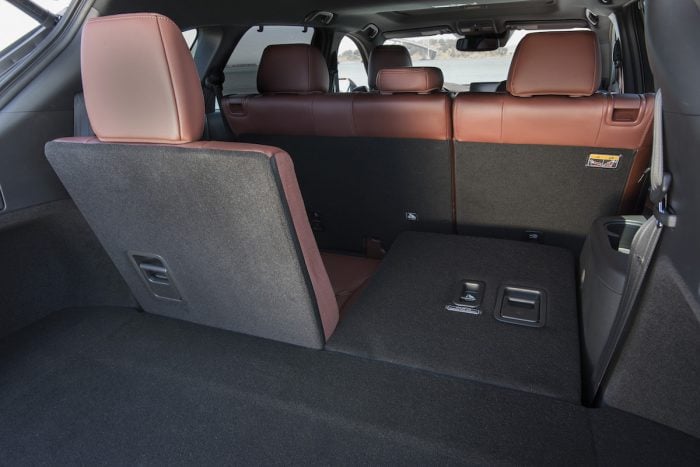 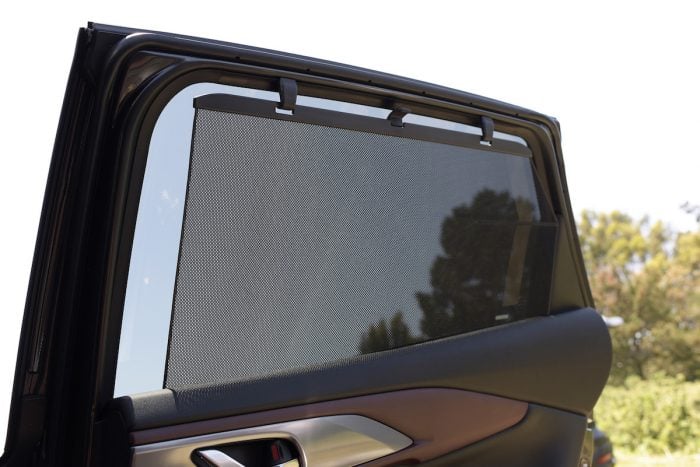 We review the 2019 CX-5 Signature with the Skyactiv-D motor. Diesels remain a rare, costly alternative to its gas-powered siblings. Is this SUV different?
Read more
Mazda CX-9

The CX-9 3-row utility is Mazda's largest offering. The 2nd-gen model arrived for 2016 and soldiers on in 2019. But is the top-end Signature model worth it?
Read more
Kia