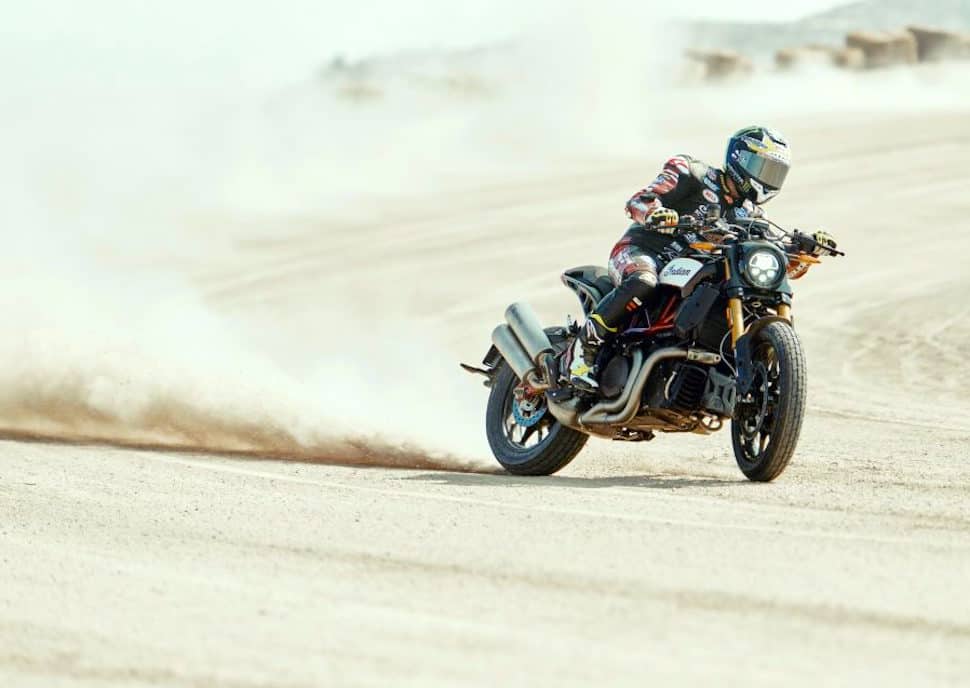 Not to be outdone by the Bar and Shield who released a slew of new models last month, Indian Motorcycle pulled the covers off a couple of their own new naked bikes prior to the Intermot International Motorcycle Fair which kicks off tomorrow.

Inspired by the company’s FTR750 flat tracker but based on the FTR1200 Custom concept bike unveiled at EICMA in 2017, both the FTR1200 and FTR1200 S reside on an all-new platform and feature a new liquid-cooled 1,203cc V-Twin engine rated at ‘approximately’ 120hp.

More tech to keep up with the times

In its mission to reach new riders and expand its global appeal, Indian has come out of the gate with modern styling and premium technology including a fast-charge USB port, full LED lighting, ABS and cruise control. Magnesium was used to reduce engine weight while a low-inertia crankshaft allows the engine to rev quickly and eagerly to redline. Both models feature an inverted fork front suspension and radially mounted dual Brembo brakes.

The fuel tank is located under the seat for lower weight distribution and the airbox is mounted directly above the engine to optimize airflow. The rear suspension and swingarm inspired by the FTR750 were designed to provide a race bike look, as were the ProTaper aluminum handlebars and new Dunlop street tires with flat track-inspired tread.

Dustin Woods
For the better part of a decade Dustin has been contributing automotive, motorcycle, travel and lifestyle content to the likes of The Toronto Star, Robb Report, Motorcycle Mojo, Sun Media, Motorcycle.com, Moto123.com, Inside Motorcycles, HOG magazine, BMW Motorcycle Magazine, Modified Luxury & Exotics and Performance Auto & Sound. His passion for adventure and love of speed has taken him on a journey not for the faint of heart.
FILED UNDER:
FeaturedMotorcycles