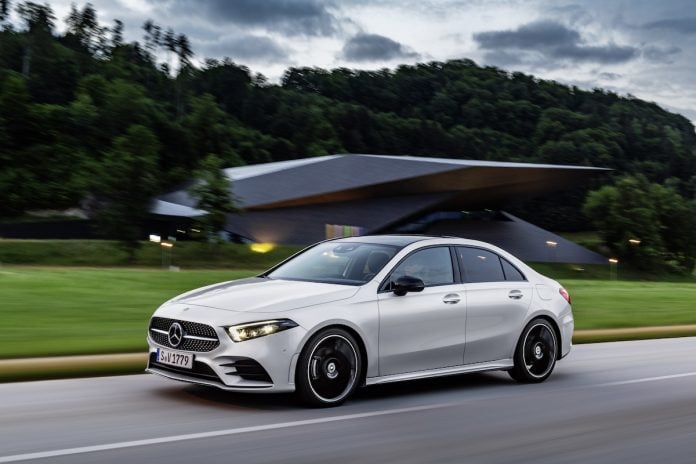 New compact entry into the world of premium sedans

Mercedes-Benz added a luxury, entry-level 5-door earlier this year with the A-Class hatchback. Unfortunately for the US, it’s a Canada-only offering. But if you’re a 4-door fan anyways, it’s all good; the Stuttgart automaker just revealed the 2019 A-Class sedan.

A new player in the compact luxury sedan segment, the little 4-door German comes powered by either an A 220 or A 220 4MATIC (both mated with 7G-DCT dual-clutch transmission), with standard features including a panoramic sunroof, MBUX infotainment system with touchscreen, and driving assistance systems such as the Active Brake Assist.

So, despite its entry-level Merc status, the new A-Class won’t feel cheap from what we’re seeing, packed with loads of standards. Sitting on either 17-in or 18-inch wheels housed in bold wheel arches, the new Benz flosses a sporty stance with short front and rear overhangs, a low and elongated hood, slimline LED headlamps with chrome element, and flashlight-like LED daytime driving lights.

Inside, expect the 2019 A-Class sedan to offer segment leading headroom and space, according to Mercedes-Benz; and an overall modern, upscale look and feel cabin with unique interior architecture shaped by the dashboard’s more avant-garde design.

The public gets a look at the 2019 A-Class sedan this October at the Paris Motor Show, with production beginning at the end of 2018. So expect dealer deliveries of the new Mercedes-Benz compact sedan sometime early 2019. We’ll have pricing once it’s released. 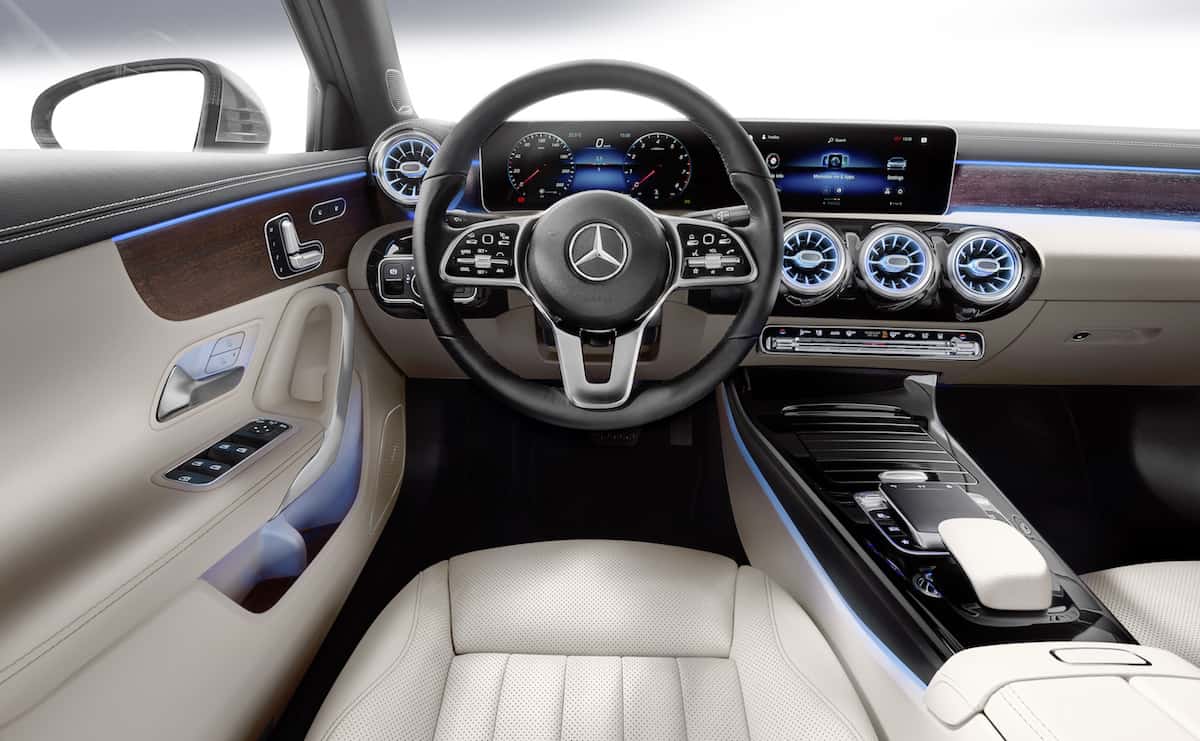 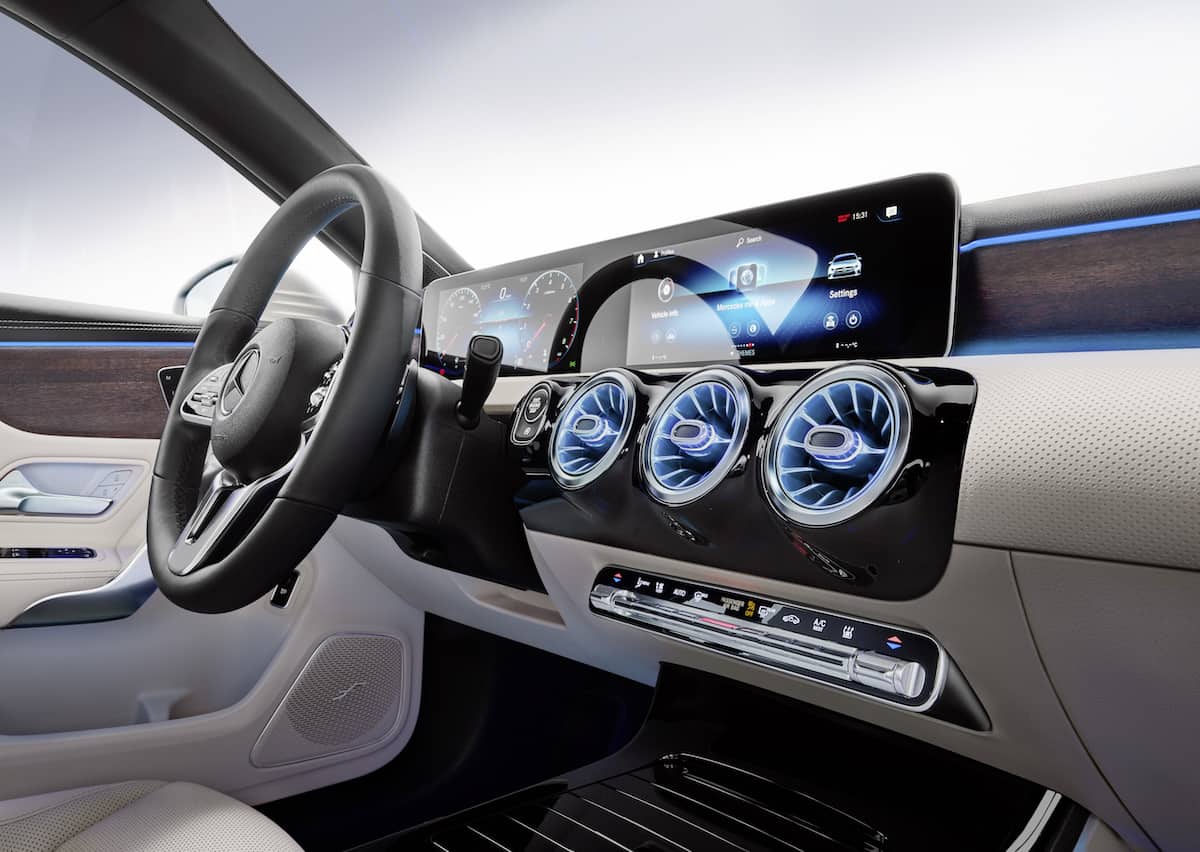 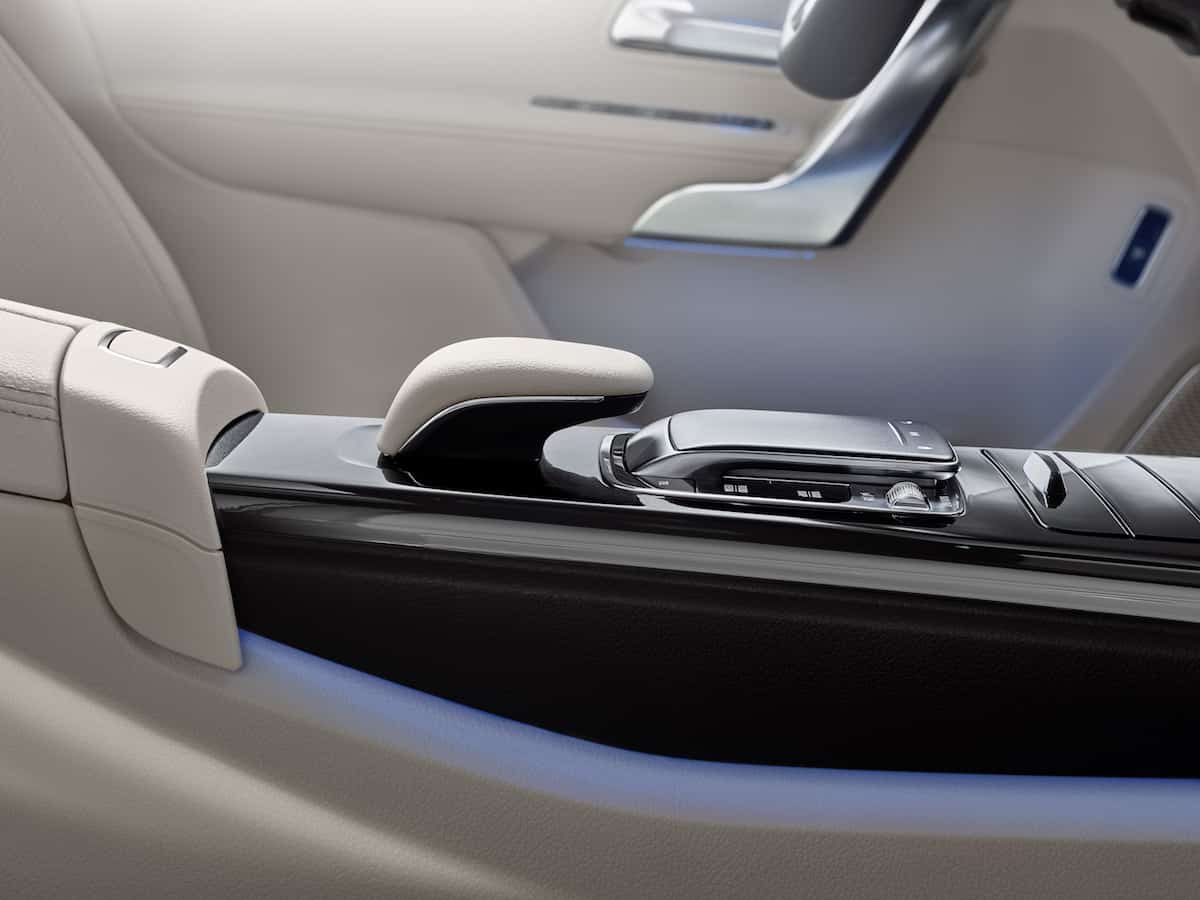 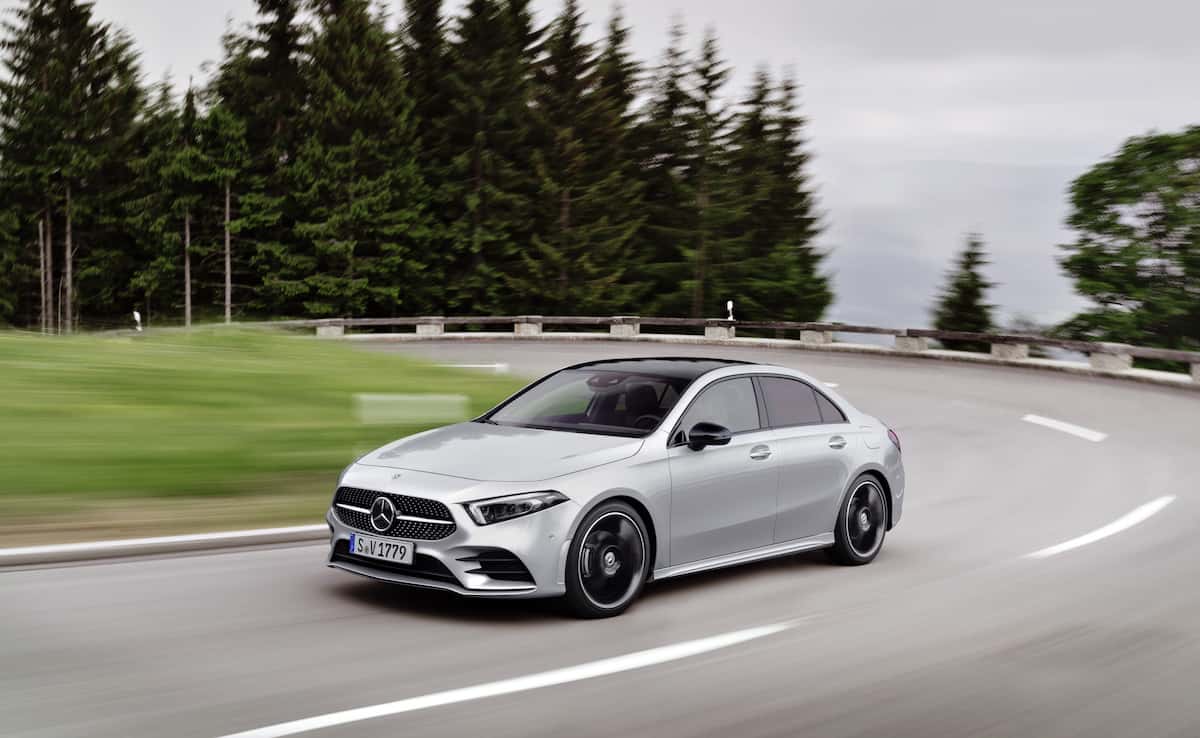 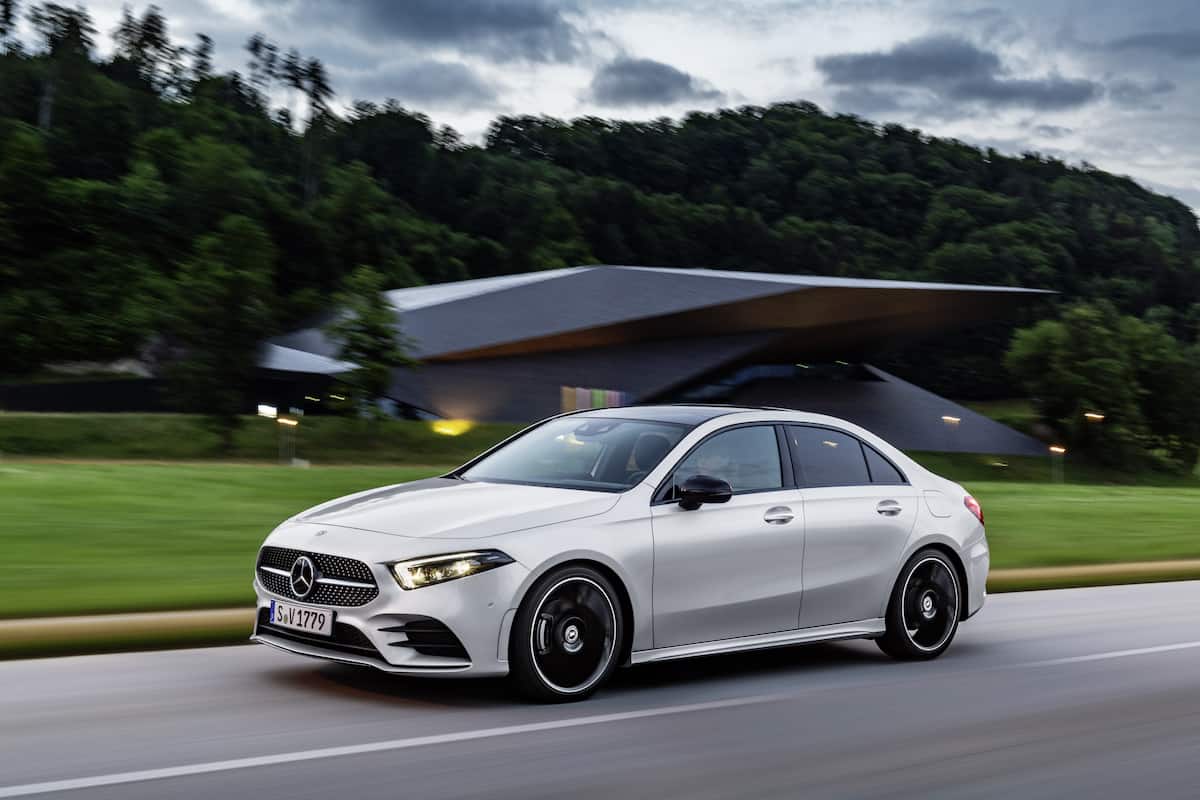 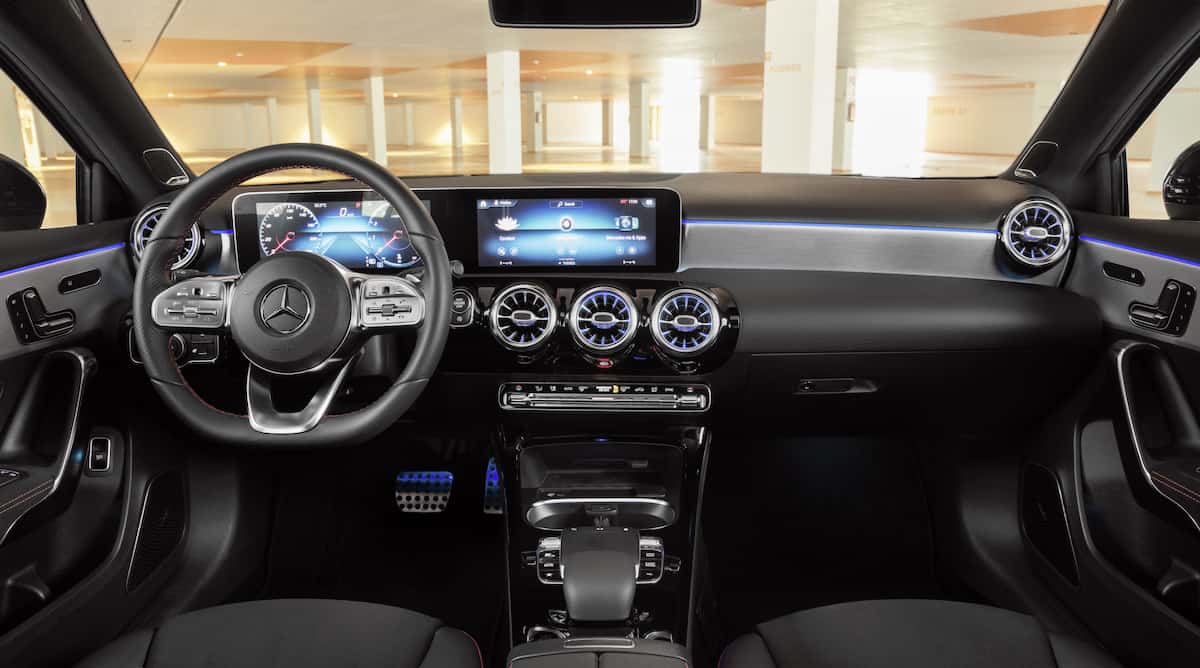 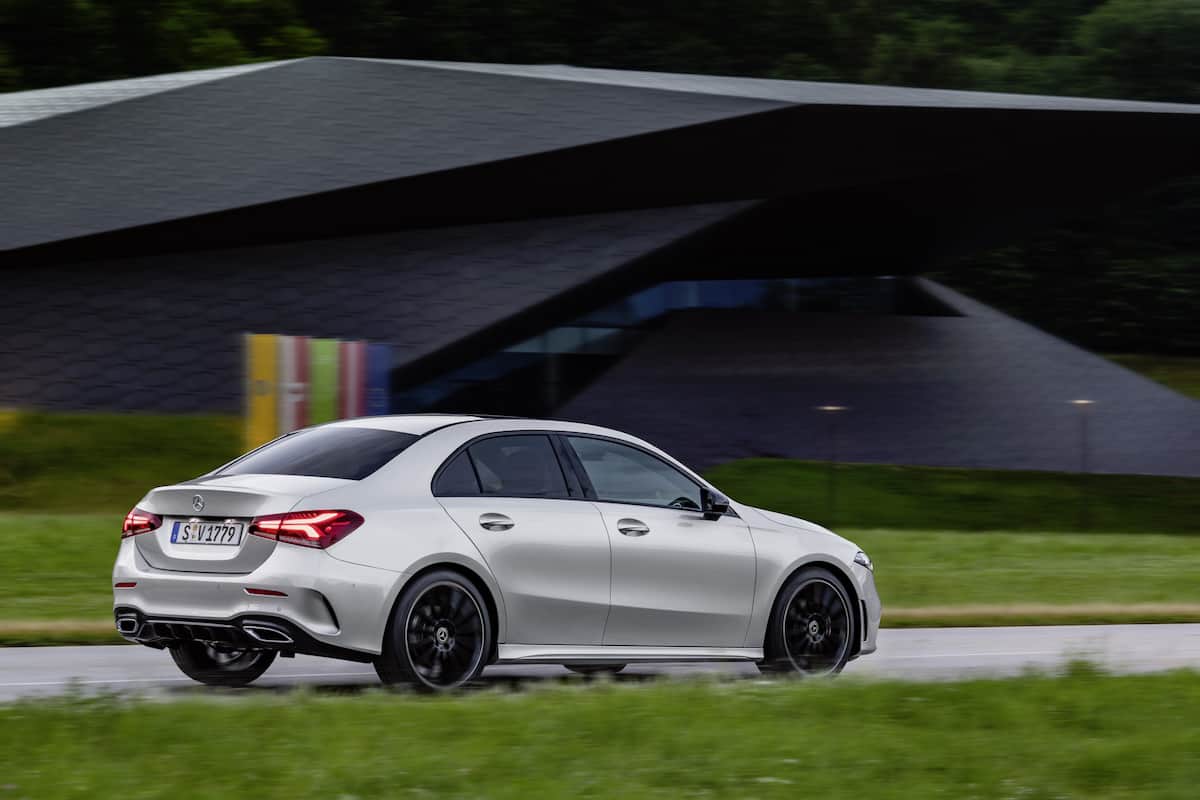 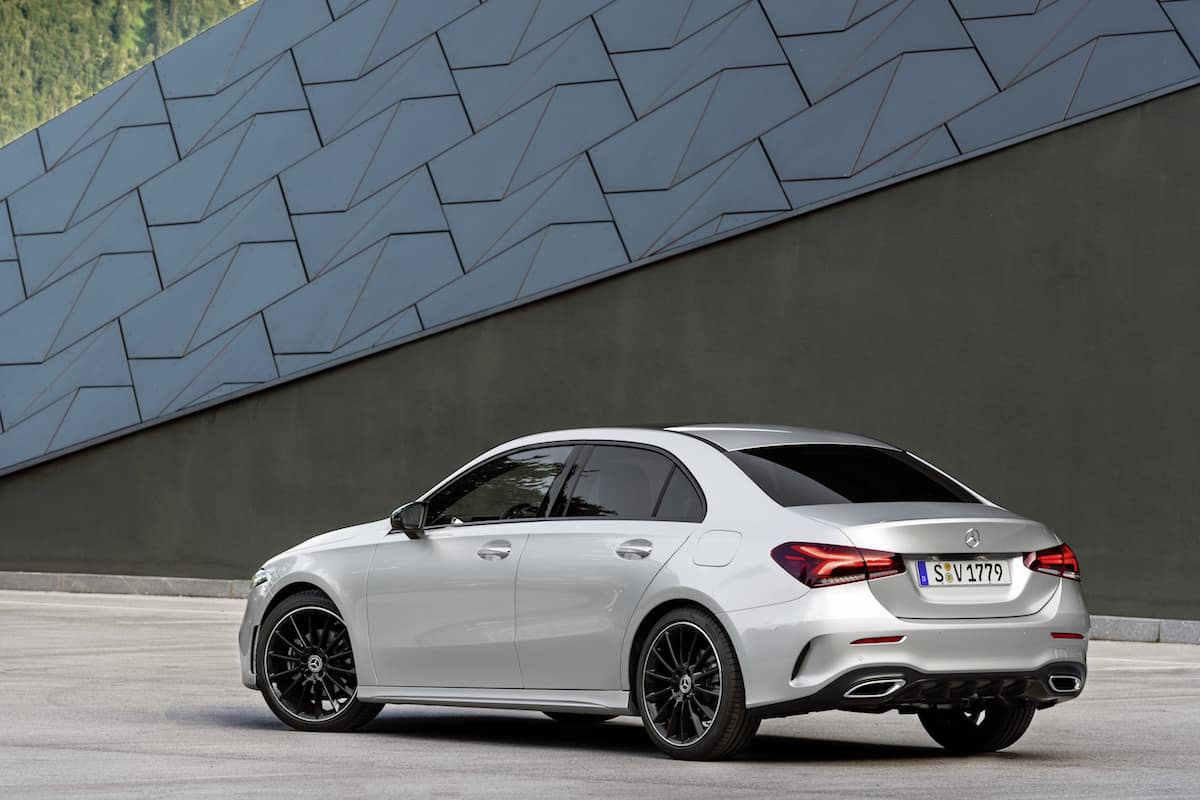 The new CLS53 AMG is more of an evolution than a revolution this time around, but it still sets the standard for the sedan coupé segment it started.
Read more
Mercedes-Benz