Redesigned RAV4 looks to conquer the back trails 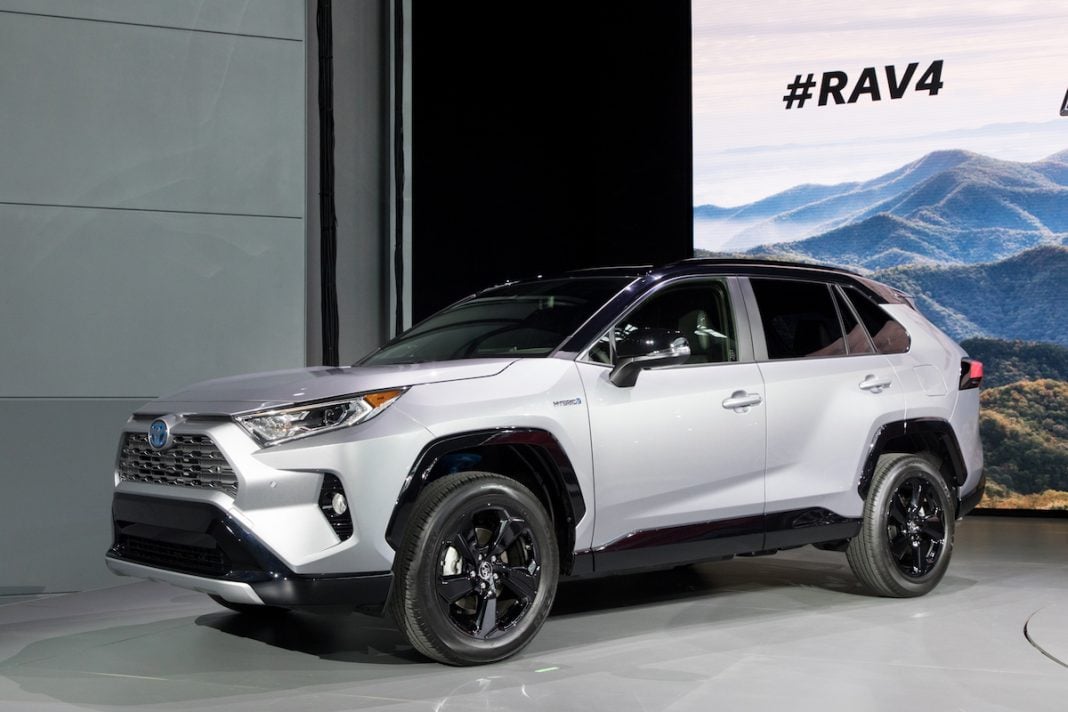 New York, NY – This muscular, aggressively-styled RAV4 is unlike anything we would’ve expected when the covers came off at its 2018 New Auto Show debut – and that’s definitely a good thing for this fifth-generation model that’s been anything but bold since it first debuted back in 1994.

More inline with the Subaru Forester, from what we can see, the all-new 2019 RAV4 finds a new 2.5L Inline-4 and Toyota hybrid system powertrains offering more power and better fuel efficiencies, according to Toyota.

Considering this is the Japanese automaker’s number one selling product, a proper redesign was long (long) overdue – and it appears the company actually listened to the market and what consumers have been yearning for: more adventure-seeker, less vanilla compact offering.

Looks aside, we expect it to handle off-road duties; the RAV4’s sits on a new TNGA platform allowing for a lower, wider package; while the shorter front and rear overhangs will aid in RAV4’s ability to conquer the back trails with ease.

The new RAV4 arrived at dealers this past winter and is available across North American showrooms now, starting at US$25,500 in the US and C$27,990 in Canada.