Wagon lovers have a hard time of it these days. Ever fewer auto makers are offering the low-slung load-carriers as buyers migrate to fashionable SUVs. The Volkswagen Golf SportWagen is out of production and BMW won’t be bringing the new 3 Series wagon to North America. Buick doesn’t sell the Regal TourX in Canada.

That just leaves the Subaru Outback (officially an SUV, but still a wagon-shaped crossover), the Mini Clubman (kinda) and luxury offerings from Audi, Mercedes-Benz and Volvo.

Volvo continues to fly the flag for wagons, despite selling more SUVs than anything else. In the past 12 months it’s launched the new generation of mid-size V60 wagon and our test vehicle here, the Cross Country derivative – a raised, cladded, AWD “wagon for adventure seekers”, in the company’s words. In the US, the V60s join the larger V90 and V90 Cross Country wagons in the lineup, but unfortunately the 90s won’t be sold in Canada for the 2020 model year.

The package structure is a little different in the US. Heated rear seats and a steering wheel add US$750. The Luxury Package provides leather seats with massage function for US$2,200. The Advanced Package is roughly akin to Premium Plus and costs US$2,500 while Cross Country Pro is similar to Premium, priced at US$2,800.

In the post-Ford era, Volvo has simplified its technical structure around two platforms and two engine families. The V60 Cross Country (V60CC) sits on the larger, SPA architecture and is powered by a 2-litre, 250 HP, turbocharged four-cylinder.

In our view there’s not a styling dud among Volvo’s current vehicle lineup. The V60 Cross Country has a modern evolution of a look that has been perfected over more than 20 years, since the traditional, square Volvo style was smoothed off with the first S80 and S40/V40.

Volvo has been honing wagon-based crossovers for longer than most: the first V70 XC appeared for the 1998 model year. The V60CC is elegant and handsome in a way that higher-riding SUVs rarely are. Visual changes from a regular V60 include a unique grille and rear bumper logo, plastic body cladding and an additional 63mm (2.5in) of ground clearance.

The test car’s Pine Grey paint – one of four metallic greys in the palette! – was perfectly in tune with its understated vibe and the 19in, five double-spoked alloys complement the look, even if they are completely at odds with the notion of a ruggedized vehicle.

Volvo’s interiors are among the most distinctive in the industry and the V60CC’s cabin impresses with the same unflashy style as the exterior. Our car had the amber/charcoal trim with amber leather seats, which lightened up the interior nicely, without giving you the feeling that it would be a pain to keep clean. The seats are comfortable and well padded.

The quality of the interior materials is exceptional, too, including in the door trims – an area where some car makers tend to go for cheaper, harder surfaces.

There’s decent space for the occupants, front and rear. Like the cargo area, it’s unchanged from regular V60s. At 529L (18.7cu.ft), the luggage capacity is said to be segment leading, but that doesn’t mean much when there are so few direct competitors. We thought it was adequate, nonetheless.

With the optional packages in place, the test car didn’t want for equipment. The surround view camera is particularly worthy of mention, providing one of the clearest images that we’ve seen. Its impact is magnified by displaying on the substantial, expensive-feeling, 9in portrait touchscreen.

Most US and Canadian V60s, including our CC, are powered by the same engine-transmission combo: a turbocharged 2-litre four with 250 HP and 258lb-ft of torque mated to an eight-speed automatic. It makes for extremely quiet, refined progress, but provides a satisfying kick when you need it.

Acceleration from zero to 100 km/h (62mph) is a claimed 6.8 seconds and the official combined fuel economy is a reasonable 9.4L/100km (25mpg), better than the identically engined XC60 SUV. The diesel options that are available for the V60CC in Europe aren’t sold in North America.

On the move, it’s not just the engine that’s refined. The V60CC is whisper-quiet in the cruise and rides well on the highway, where the stability is rock-solid. It’s therefore a shame that it lacked plushness around town, in our opinion, where the 19in wheels don’t help the ride quality over poor surfaces.

There’s a definite European feeling to the dynamics. The body control is tight, and the car feels responsive, with excellent on-centre steering feel when it’s not being corrupted by the Pilot Assist’s intervention. We liked the Pilot Assist system, though, which works with adaptive cruise control to keep the car centred in the lane, albeit not to the hands-off degree of Cadillac’s Super Cruise system.

The Volvo V60 Cross Country does a great job of reminding you why station wagons were once so popular. It looks good, it’s spacious and it drives better than something with a higher centre of gravity ever will. We didn’t have the chance to take it off-road, but its performance in the mud is likely to be as good as the most popular, car-based SUVs – give or take the flashy 19in wheels and a set of sensible tires. If you don’t need the higher seating position of an SUV then it makes a compelling case for itself.

We’re happy that Volvo continues to make wagons because in many cases – and certainly with AWD on board – they do pretty much everything that an SUV can do, while bringing their own advantages to the table: style, dynamics and lower fuel consumption. Not all SUVs are as sporty, utilitarian or versatile as they claim to be. We wish we had a few more rivals with which to compare the V60CC, but sadly we’re not expecting other auto makers to re-enter the wagon market anytime soon. 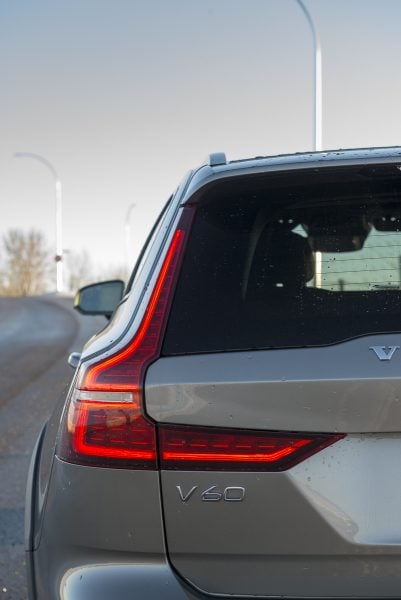 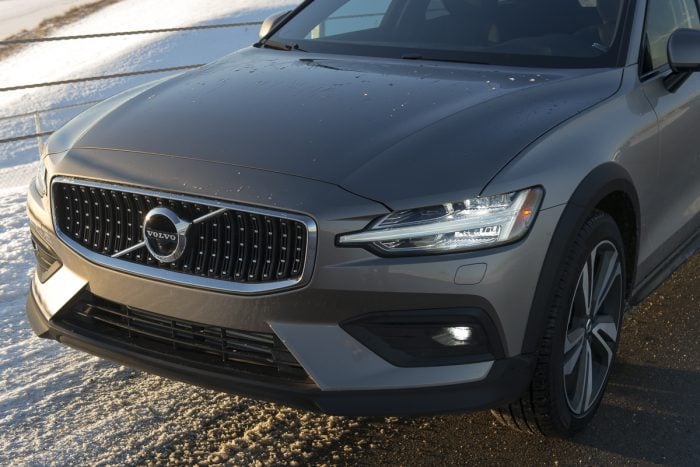 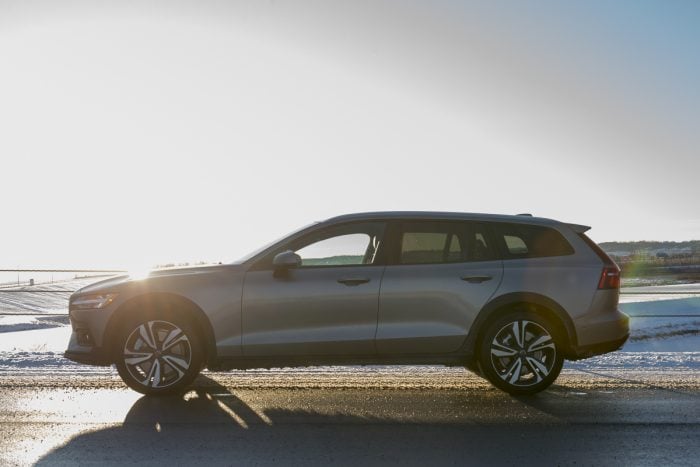 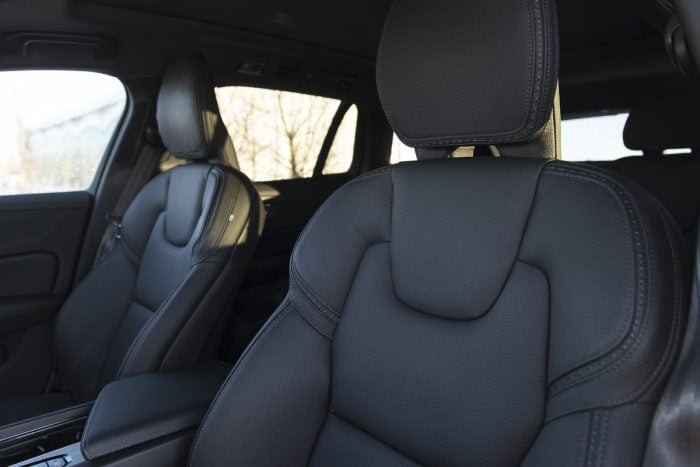 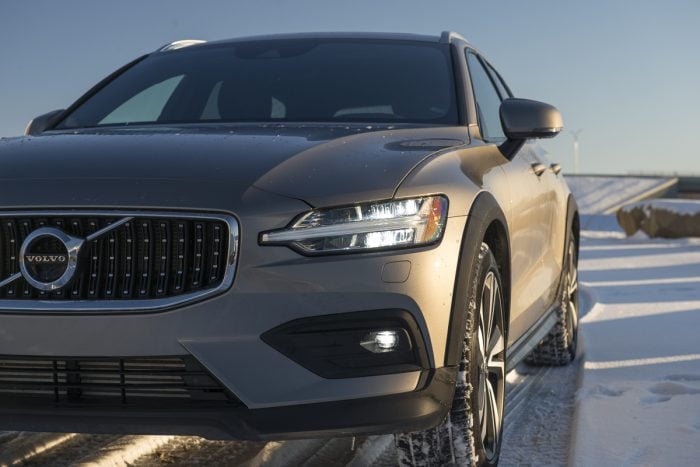 With no performance bump, the 2018 Honda Fit Sport adds black wheels, a chrome tailpipe, a subtle body kit & a black/orange interior, all slapped with a 'sport' badge.
Read more
Hyundai

A new Hyundai hybrid hits the scene. We review the 2018 Ioniq Electric Plus - a middle ground between the EV and the standard hybrid car.
Read more
Volvo

When the chance to review a Cooper SD performance diesel model arose - unavailable in North America - we went for it.
Read more
BMW i Series

2017 BMW i3 Review: An Electric Hatch with Avant-Garde Looks and Price to Match

The most powerful of the Mini Clubman bunch, we get behind the wheel of the 228-hp 2017 Clubman JCW All4 model.
Read more
2018 SUV and Crossover Reviews

We hit the track and back trails to review the 2018 Outback - Subaru's SUV wagon which gets a healthy mid-cycle refresh with updates for 2018.
Read more