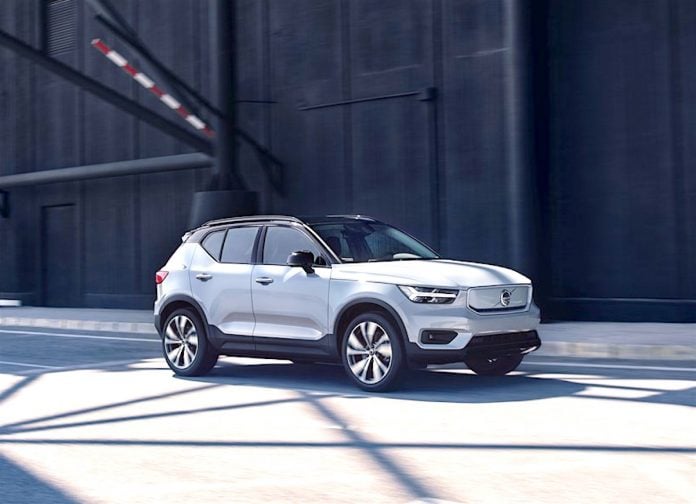 By now, Volvo’s plans of an electrified future is essentially drilled into our minds, and it all starts with this: the XC40 Recharge – a stylish little hauler based on the brand’s top-selling XC40 compact SUV. Launched in concept form in Los Angeles, the XC40 is a big deal for the Swedish brand – it is both their first model to appear in the company’s new Recharge car line concept while making its mark as their first ever fully electric car. Again, a big launch for Volvo already boasting an impressive lineup of handsome, sleek sport utilities with plans to make all-electric cars 50-percent of global sales by 2025, replacing all other gas-powered vehicles with hybrids which are expected to makeup 20-percent of total sales in 2020. As the chief executive puts it, “We have said this several times before: for Volvo Cars, the future is electric.” Powered by a fully electric all-wheel drive powertrain, expect the 2020 XC40 Recharge to dish out 408-hp with a range of over 400 km (WLTP) on a single charge. 40 minutes with the fast-charger system will provide about 80% battery capacity to hit the road, while the cabin finds an Android-powered infotainment and Volvo On Call digital connected services platform. Right now, Volvo’s the rare brand offering a plug-in variant on every model in its line-up. That includes the bigger, bolder large XC90 SUV if the small haulers aren’t your thing. Check out more photos and the XC40 Recharge video here.