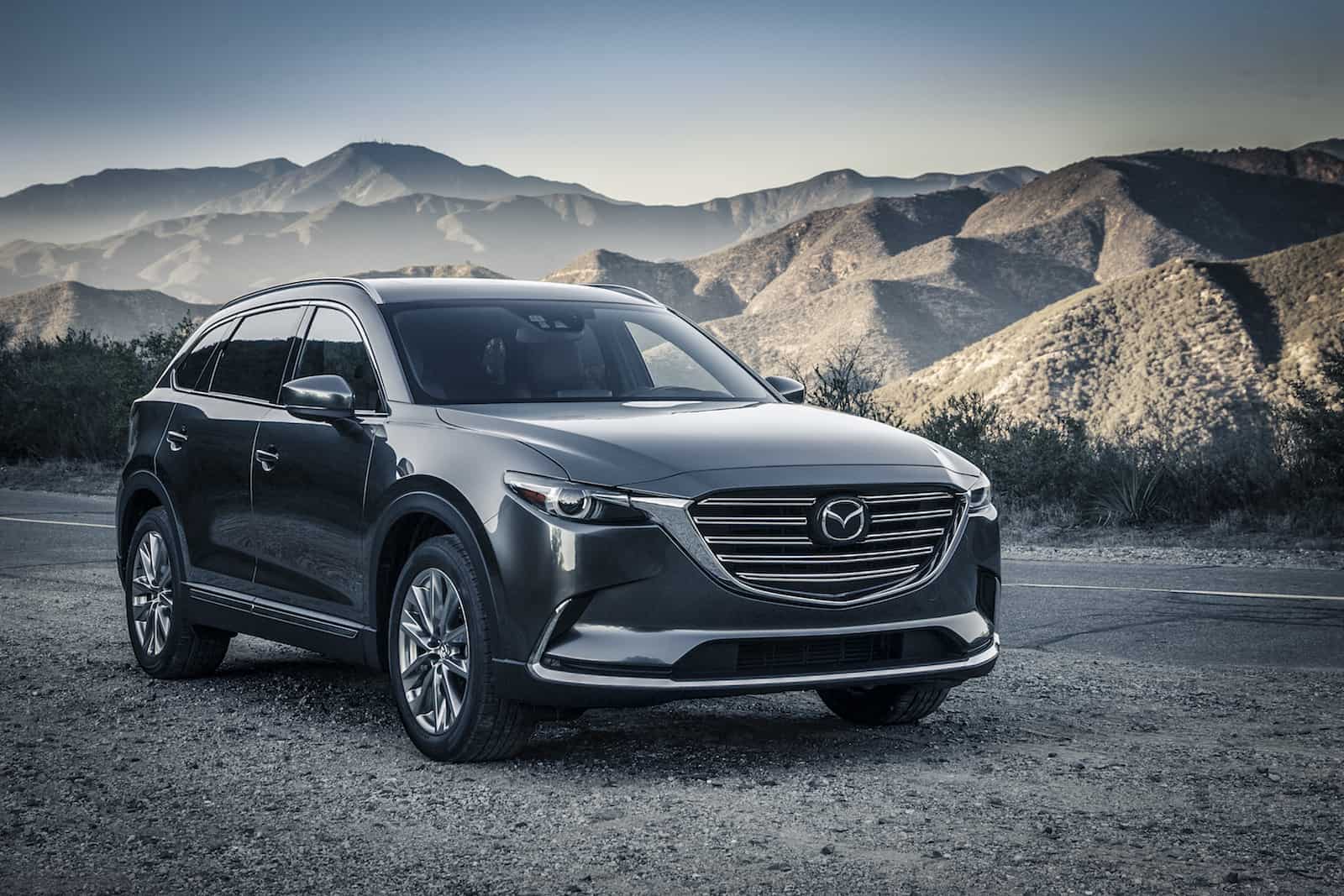 Mazda’s largest SUV is all-new for 2016, shedding weight, but also size and power. The CX-9 is certainly more fuel efficient, but does that matter as much to today’s families seeking a mid-size sport utility?

It’s rare enough for an automaker to redesign a vehicle into a new iteration that’s smaller or less powerful, and even more uncommon for that new model to be both of those things.

That Mazda is the manufacturer behind such a counterintuitive move doesn’t surprise us: over the last few years, this Japanese automaker has made reducing its vehicles’ fuel consumption a priority, through a suite of technologies it calls Skyactiv.

Compared to outgoing CX-9: Shorter and 46-hp drop in power

For 2016, Mazda waves that magic wand over its CX-9, a mid-size crossover with three rows of seating that has been the brand’s largest vehicle since joining the lineup in 2009. The result is a vehicle 43 mm (1.7 inches) shorter tip-to-tail, up to 145 kg lighter, and powered by a turbocharged four-cylinder engine that gives up 46 hp to the V6 that powered its predecessor. The new engine’s performance gets less impressive the harder you push; it runs out of breath at higher revs, making it feel more like a diesel than the gasoline-burner it is.

But regardless of which engine you prefer, it’s hard to argue with average fuel consumption of 12.2 L/100 km over a week of mixed driving, a striking contrast to the 14.5 L/100 average I saw in a previous-generation model I tested a few years ago.

Using premium fuel boosts horsepower to 250, a figure closer to the class average, but the extra cost per litre would nearly negate the new engine’s improved fuel economy. All CX-9 models share a six-speed automatic transmission that works so well I didn’t even notice it. AWD is standard in all but the base GS trim, where it’s an option.

Evidently, reducing the CX-9’s mass has helped fuel economy, but it also improves this crossover’s ride and handling. The new model feels more agile and better suited to enthusiastic cornering, and its lower weight allows for a softer suspension, which provides a more comfortable ride over rough surfaces.

Despite the smaller body, Mazda managed to stretch the CX-9’s wheelbase, a move that suggests a roomier interior. But that extra 55 mm (2.2 inches) between the front and rear axles doesn’t translate into a notably more spacious environment. Still, the front and second-row seats offer enough space for adults, but the third row remains suitable only for kids and small adults. My 13-year-old nephew, at a shade over five feet tall, had just enough leg and headroom back there. Trimming the car’s overall length has a more measurable impact on cargo space, which shrinks to 407 litres behind the third-row seats and 2,017 with the second and third rows folded. That’s down from 487 and 2,851 litres respectively in the outgoing model.

The Honda Pilot and Toyota Highlander, two of the CX-9’s key rivals, both boast more cargo space, as does any minivan, and those also offer more comfortable third-row seating.

Another cargo-related quirk was a power tailgate (standard in GT and Signature models) that stopped short of opening all the way, even when set to do so.

My CX-9 test vehicle was a Signature model, a new top-end trim that relegates the GT model to second-best for 2016. Naturally, it comes with a number of the latest active safety features, including radar-based cruise control, forward collision warning, automatic emergency braking assist, lane departure warning, lane keep assist and automatic high beams, items that are all extra in the GT model.

There’s also Nappa leather upholstery not available in the other trims, although GT and GS-L do get a less-fancy leather seat covering.

Three-zone automatic climate control is standard across the line, but third-row passengers don’t get their own vents. Instead, they have to make do with whatever air makes it back there from outlets in the rear of the console and under the front seats. Pricing starts at $35,300, but our my Signature tester rang in at $50,100. Mazda does a better job than a number of its competitors of tailoring the CX-9’s interior to its various price points: fifty grand is nudging in on luxury territory, but this vehicle’s environment actually looks and feels like it belongs in an upscale vehicle.

Based on our experiences with the Mazda3 compact and fabulous MX-5 roadster, I went into this CX-9 test drive with high expectations, and the new drivetrain lived up to them with its generous torque and impressive fuel economy.

But a tight interior makes me wonder if a mid-sized five-seater, designed to go up against vehicles like the Ford Edge and Hyundai Santa Fe, would have been a better use for this latest Mazda platform, whose tight footprint doesn’t feel well-suited to seven-seater duty.

Making a new model less powerful is a risky proposition in a market like North America, where relatively cheap gas makes big power popular with many drivers. Likewise, making it smaller could turn off buyers who mostly drive in expansive suburban neighbourhoods where space is rarely an issue.

That’s an uncommon combination in a brand-new vehicle design, and while we salute Mazda for going against the grain, it’s the CX-9’s defining characteristics that could keep it from being popular with crossover buyers.

We review the 2019 CX-5 Signature with the Skyactiv-D motor. Diesels remain a rare, costly alternative to its gas-powered siblings. Is this SUV different?
Read more
Mazda CX-9

The CX-9 3-row utility is Mazda's largest offering. The 2nd-gen model arrived for 2016 and soldiers on in 2019. But is the top-end Signature model worth it?
Read more
Kia