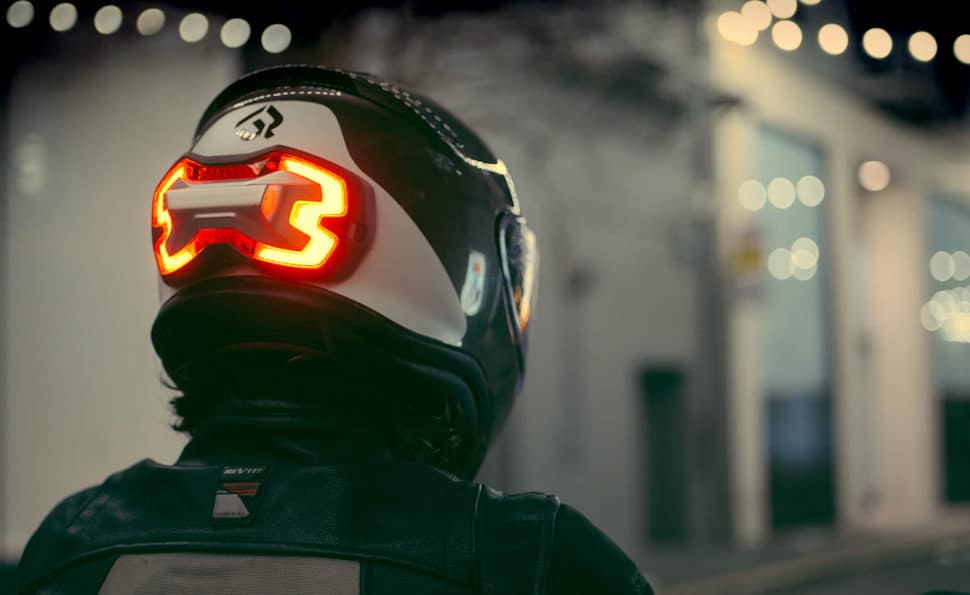 Considering two wheelers aren’t quite as forgiving as the four-wheeled cocoons most humans drive around in, motorcyclists can’t be too careful when it comes to visibility. The BrakeFree Motorcycle Smart Brake Light improves your rear visibility at all times while you’re riding, and especially while braking (and at risk for being rear-ended). Mount one to the back of your existing helmet with powerful neodymium magnets (and adhesive mounts) to get eye-level LEDs that glow constantly, day and night, and that turn on with a glove-friends button.

Cafe Racers? Check out our features

When you slow down, whether by actually braking or via engine braking, an accelerometer and gyroscope inside makes the BrakeFree glow even brighter to warn drivers behind you, while sudden emergency braking triggers an attention-grabbing special light pattern instead. It’s also weather resistant, lasts for over eight continuous hours per charge, and shines even brighter than most motorcycle brake lights do.

Gear Editor
Our gear team sourcing and dishing out the latest in men's essentials for guys who pave their own path in life. From motor-inspired goods to EDC for adventure and everything in-between.

Timeless styling at a decent price, Royal Enfield releases the Classic 500 in the Stealth Edition at under $6,000. Blacked-out scrambler with retro vibes.
Read more

New Motorcycle GPS Navigation That Mounts To Your Handlebars