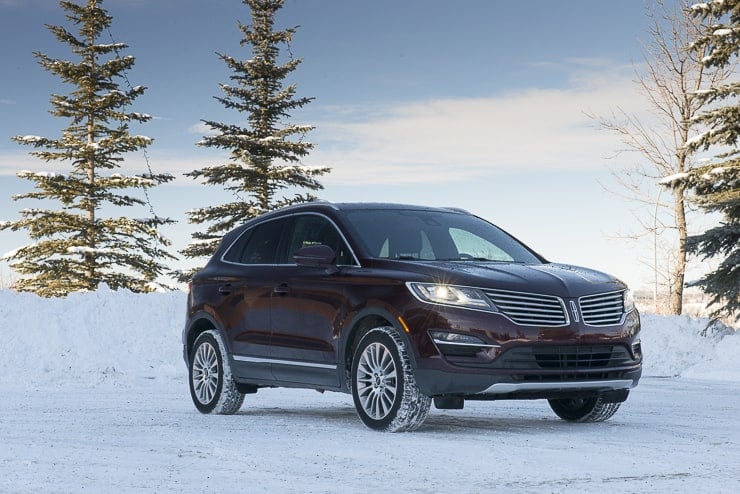 Reputation counts for a lot in the auto business, and fewer reputations are more set in stone than Lincoln’s, best known for those big, black Town Car sedans you see lined up outside the airport. In recent decades they’ve tried to attract new buyers with sport sedans such as the LS of the early 2000s, and by rebranding their lineup with an alphabet-soup naming strategy that seemed to work well for other upscale carmakers.

In 2015, this Ford-owned brand entered the popular compact crossover market with the MKC, a sleek-looking ride based on the latest Ford Escape It’s a well-conceived car that should have given Lincoln the breakthrough it needed. We say ‘should have,’ because it hasn’t yet, with sales languishing near the back of the pack for small luxury SUVs and crossovers. The question is why? The MKC looks good, with styling that belies its Ford Escape roots, and an interior that looks and feels more upscale than some of its more expensive German competitors.

On second glance, not everything feels truly upscale: the MKC’s seats are narrow, which is off-putting the first time you sit in them; however, an Ottawa-Toronto round trip proved them to be more comfortable than that initial impression suggested. Similarly, the wood trim that looks real is impressive, even if the various dashboard panels looked like they were put together in a hurry and weren’t all fitted terribly well.

Top-end Reserve trim includes a panoramic sunroof that does wonders for allowing natural light into a nearly all-black interior; the downside is the significant chunk it takes out of headroom, particularly in the rear. Let your tallest friend ride up front with you.

In spite of the MKC’s tidy footprint, we got a seven-foot Christmas tree inside easily—with the tailgate closed. Ford has made massive strides with the SYNC touchscreen interface that controls the MKC’s navigation, entertainment, and communication systems. This third-generation setup responds more quickly, is far easier to navigate, and now features smartphone-esque features like pinch-to-zoom and the ability to swipe side to side between screens. Where in the past we’d have almost recommended against the MKC based on SYNC alone, we’re now comfortable calling SYNC one of the best touchscreen systems on the market, up there with Chrysler’s Uconnect and Chevrolet’s MyLink.

Our test car had the entry-level 2.0L turbocharged four-cylinder engine (which Ford markets under its EcoBoost label), six-speed automatic transmission, and standard all-wheel drive. This powertrain’s 240 hp/270 lb-ft of torque is enough to move the MKC easily enough, mostly owing to a low torque peak that makes the car feel particularly quick in city driving. This is a thirsty motor, as shown by our average fuel economy that matched the car’s 12.4 L/100 km city rating, even though most of our driving was highway cruising.

Is the MKC’s six-speed transmission to blame? Competitors come with seven- and eight-speed gearboxes whose makers tell us save fuel, but we feel like the extra ratios do more for performance. The MKC weighs more than the Escape, but it isn’t appreciably heavier than its upscale competition, so we’re not sure that’s the issue either. Lincoln’s ‘Drive Control’ system allows drivers to choose between sport, normal, and comfort modes that alter throttle responses and suspension firmness. Comfort’s the one to use if saving fuel is what you’re after, but enthusiastic drivers may not like how it dulls down throttle response. The Goldilocks-like normal setting was our favourite for its combination of response and ride comfort.

Our tester carried a price of nearly $50,000, and upscale or not, that’s a lot for a small crossover. As nice as the MKC is, it feels tight inside next to the just-redesigned BMW X1, which is only a couple grand pricier with similar options. That close margin won’t be lost on buyers torn between owning a luxury crossover, or a luxury crossover with a blue-and-white propeller badge on the hood.

Still, that doesn’t make the MKC a bad choice; it only highlights that time, and adding one or two more truly compelling models to its lineup, are all that stand in the way of Lincoln earning the respect it deserves as a luxury automaker. Chris Chasehttps://chrischasescars.com/
Chris has been writing professionally about cars since 2004, in print and online. He lives in Ottawa with his wife and two feline tyrants. In rare quiet moments, he can be found travelling or playing one of his way-too-many guitars. Chris is also a journalist member of the Automobile Journalists Association of Canada (AJAC).
FILED UNDER:
SUV and Crossover Reviews2016 SUV and Crossover ReviewsNew CarsCar ReviewsLincolnLincoln Reviews

What's the difference between the Telluride and Sorento SUVs? Kia's two big sport utiities offer cargo, capability, and tech but are not alike in many ways.
Read more
Lincoln