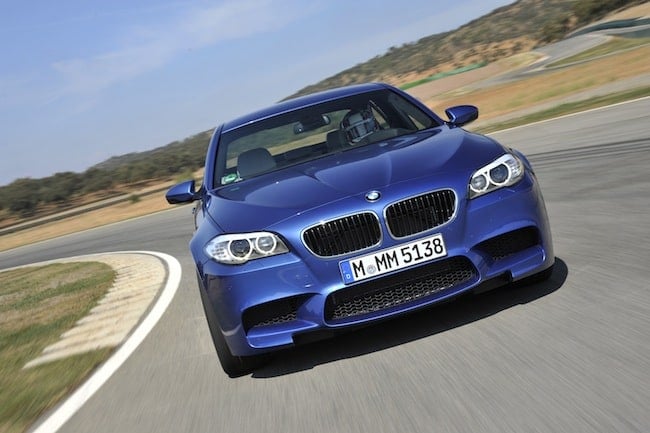 The first M5, introduced in 1985, was the fastest production sedan in the world. Does the 2013 BMW M5 compare? Seville, Spain — In the past, the BMW M5 has been called the very best car in the world. This designation was appropriate considering that it offered the performance of a true sports car combined with four doors and seating for five.

The first M5, introduced in 1985, was the fastest production sedan in the world. Based on the much more sedate 535i sedan and using a modified engine pulled from the BMW M1 supercar, the hand-built M5 launched the modern performance sedan segment.

There have been three generations of M5 since, each one staking a claim to the title of best car in the world, some more successfully than others. Now, the fifth edition is newly released and, given the pace of automotive development these days, it’s no surprise that the car is spectacular.

First, the key facts: The engine powering the 2013 BMW M5, a twin-turbocharged 4.4-litre V8, debuted two years ago in the audacious BMW X5 M and X6 M sports-SUVs. In this latest application, it has been tuned for even more performance: specifically, 560 hp and 502 lb-ft of torque, the latter figure being accessible all the way from 1,500 to 5,750 rpm. This is the most power and torque ever produced by an M engine, but this mighty powerplant is also expected to be 30% more fuel efficient than the V10 of the previous M5.

Part of the reason for the increased efficiency is the use of regenerative braking, which charges the battery under braking so that the engine doesn’t need to do likewise. An automatic engine start/stop system, similar to one seen in hybrid cars for years, also makes an appearance, cutting fuel consumption whenever the M5 is at a stoplight. The engine is paired with a 7-speed double-clutch transmission, which replaces the largely unloved SMG single-clutch automated manual gearbox of the previous generation. (A 6-speed manual transmission is rumoured for certain markets.) The drive configuration is classic BMW—rear-wheel drive—in an age when many manufacturers, this one included, are opting for all-wheel drive more often than not. .

The engineers at the M tuning division estimate that the new M5 will rocket from 0-100 km/h in 4.4 seconds. Top speed is pegged at 250 km/h, but the optional M Driver’s Package boosts this number to 305 km/h.

This car is an enthusiast’s dream: There are three driver-selectable settings for the engine, three for the steering, three for the stability control system, three for the electronic dampers, and three each for the manual and automatic modes of the transmission—216 different combinations and permutations in all.

Top speed is pegged at 250 km/h, but the optional M Driver’s Package boosts this number to 305 km/h.

Once the driver has hit upon the perfect level of adjustment for all five elements, these settings can then be stored into one of two different memory slots by pressing the M1 or M2 button on the left steering wheel spoke.

As part of the international press event, an unlimited-speed session was arranged at the Ascari Race Resort, a motorsports country club southeast of Seville. This session provided ample opportunity to sample many of the car’s various settings, but not enough time to cover all 216. No matter: The track’s combination of high-speed straights, very tight corners and quick transitions served to provide real insight into the true nature of the new BMW M5. The car is very fast, the brakes are supremely powerful and the handling is very admirable for a mid-size sedan.

Of course, the M5 would not be able to compete with a purebred sports car on outright lap times—and maybe not even with a smaller and more nimble sports sedan such as BMW’s own M3—but that’s not the real purpose of this car. The M5 is not intended to be a track weapon, but if pressed into service, it could be. A handful of laps later, as all the braking points for the turns become braver and the urge to carry more speed proved irresistible, the BMW made a case for being considered—you guessed it—the best all-around car in the world.

But for all the pleasures to be gained from driving the M5 on the track, they pale in comparison to driving the M5 on a public road. In these surroundings, you can adjust the suspension to suit the road surface, play with the three levels of steering sharpness, leave the transmission to shift for itself, and just sit back and enjoy the drive. Of course, a big part of that pleasure comes from knowing that world-beating performance is just a few presses of a few buttons away.

The drive from the track back to the hotel in Seville, a distance of some 160 km, was one of the quickest and most stress-free of my life. We were advised by the reps at BMW to stay within 40 km/h of the posted speed limit or risk incurring the wrath of the local constabulary. While this may seem like completely reasonable advice, the M5 is easily capable of so much more. Enough said. 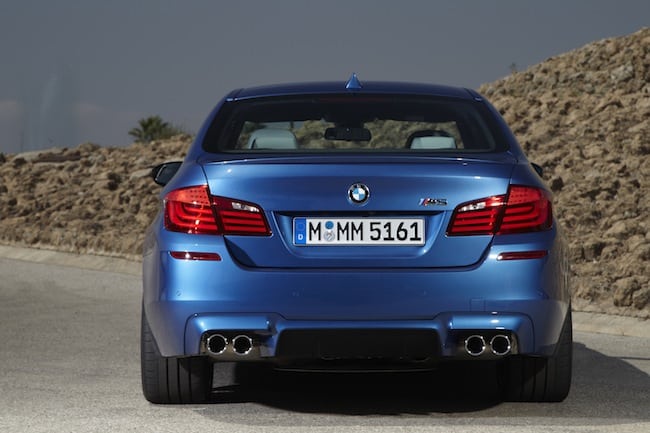 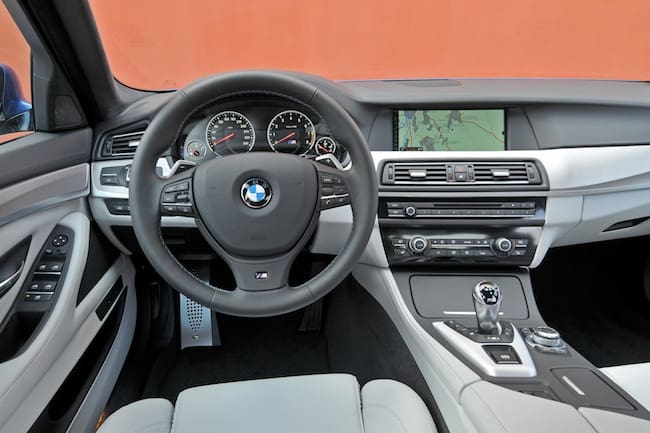 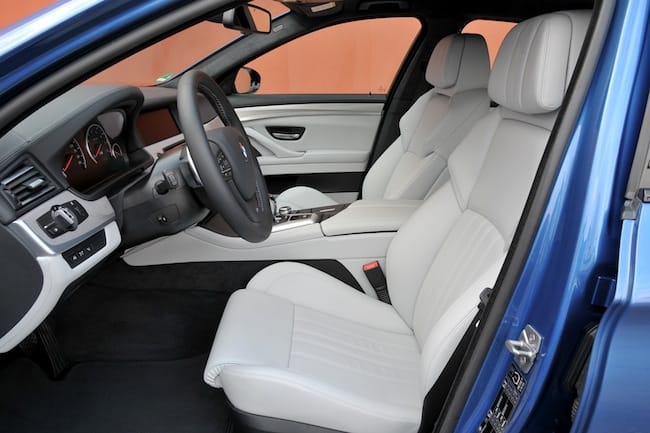 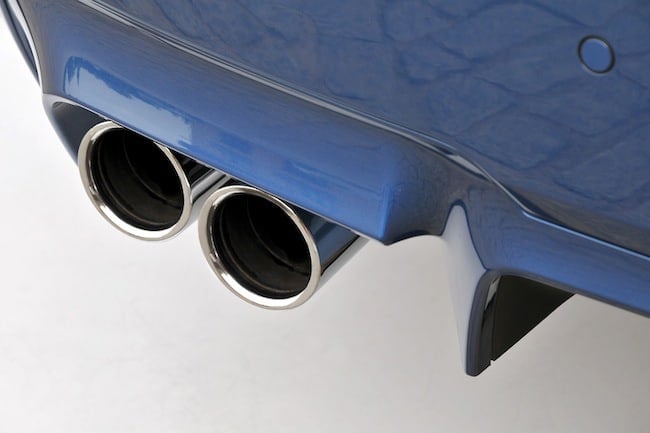 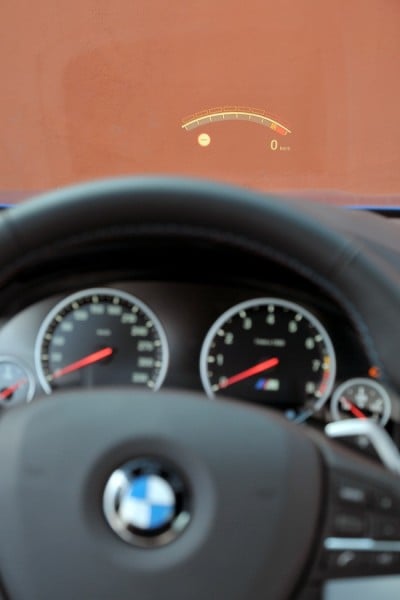 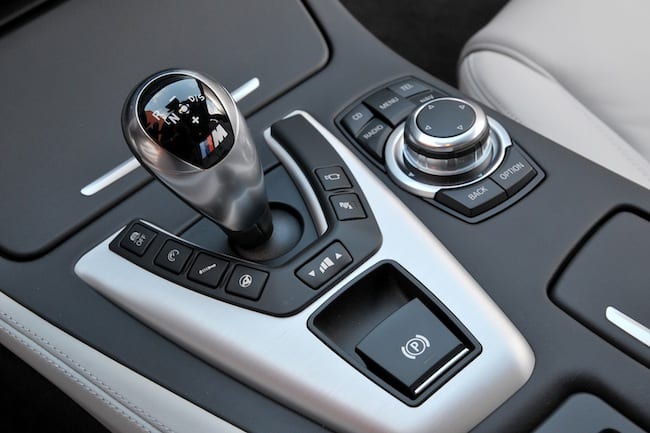 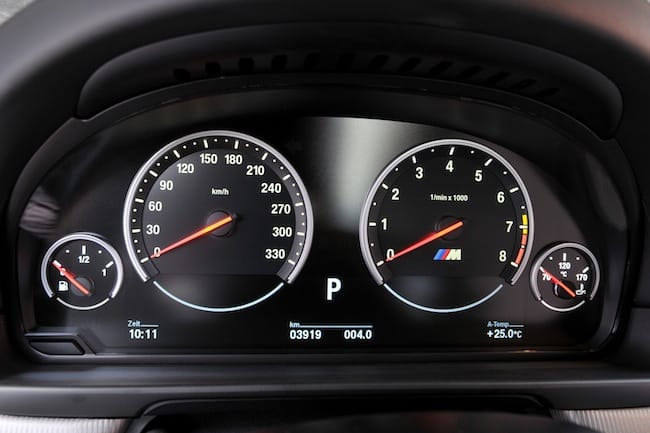 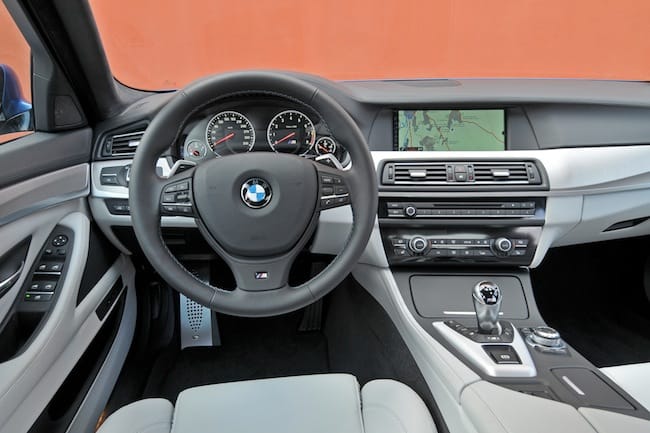 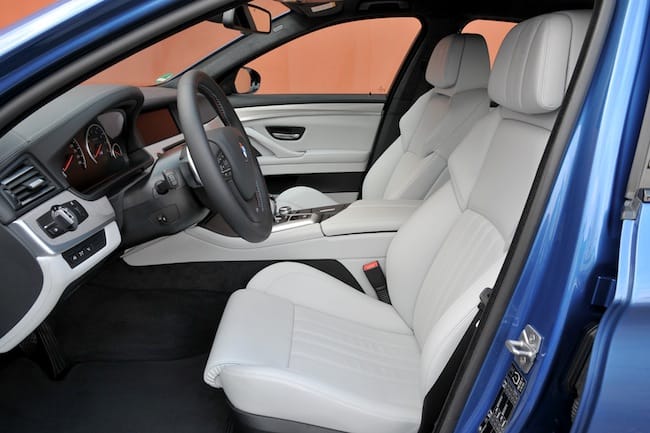 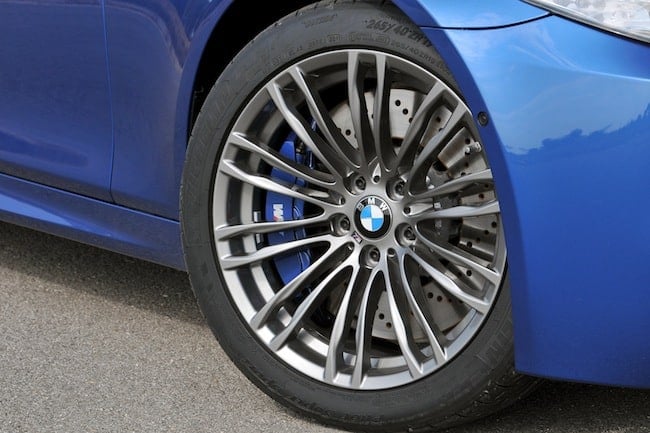 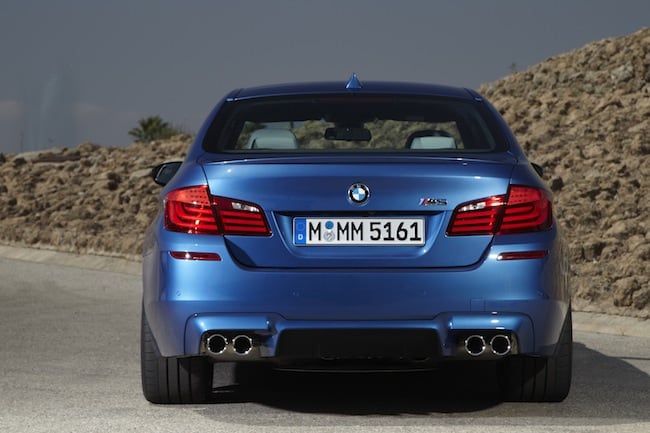 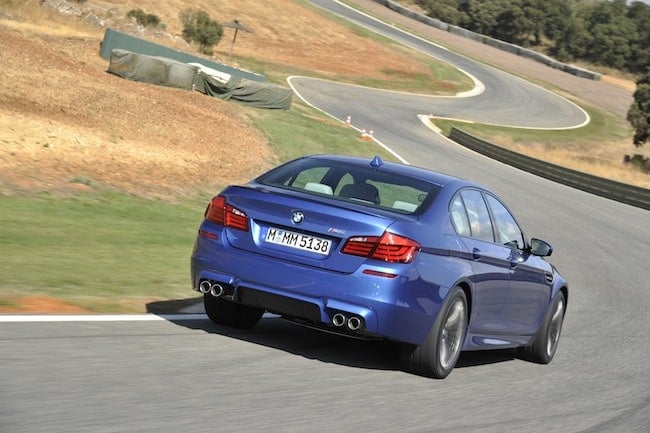 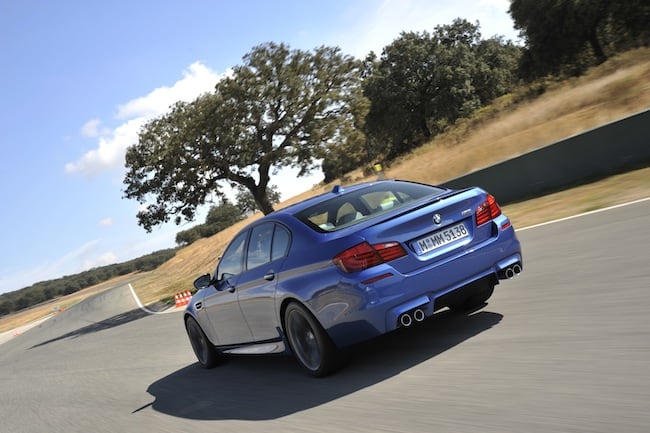 Mark Hackinghttp://www.markhacking.com/
Mark Hacking is an award-winning car, motorcycle and motorsports journalist whose work has appeared in Azure, enRoute, Intersection, NUVO and Toro, among many others. He is the former editor of Performance Racing News, the former managing editor of DRIVEN, and a member of both the Automobile Journalists Association of Canada and the Motor Press Guild of California. An avid racer, Mark is a three-time podium finisher at Targa Newfoundland and, this past season, raced in the VLN Series at the Nürburgring with the factory Aston Martin team. His motto in life: Drive fast, take chances.
FILED UNDER:
BMWBMW 5 SeriesBMW M5Car ReviewsBMW ReviewsNew CarsSedan Reviews
Previous article2013 Porsche Panamera GTS Review: Red hot and ready to sizzle
Next articleThe Unicorn is Down: MadJap Kustoms Mythical Chopper