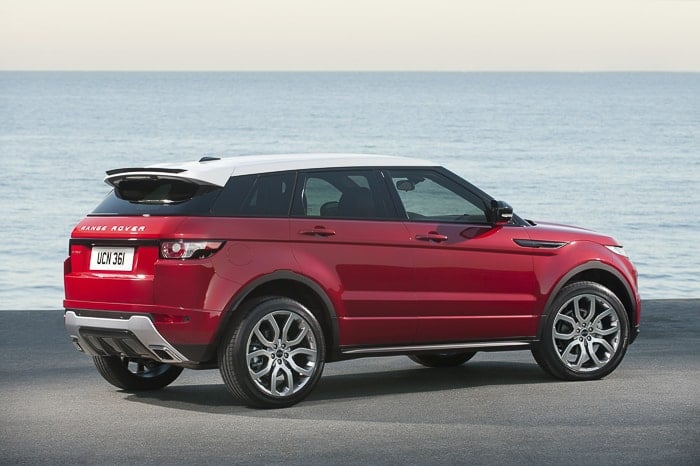 The percentage of crossovers and SUVs that ever see an unpaved road, much less a cottage trail, never mind an off-road excursion, is very small—likely more than the fat content of skim milk, but probably less than the average sales tax. The Evoque is a slight departure for the venerable luxury brand in more ways than one. First of all, the exterior design—in either 3-door coupe or 5-door form—is striking in a concept-car-that-we-really-don’t-plan-to-build kind of way. This thing could drive like a lawn tractor and people would still buy it based on looks alone.

Second point: While the Evoque may be classified as a crossover utility vehicle, it’s really not expected to go off-road at all—even less so than the other offerings in the Land Rover fleet. But the drive route for the press introduction sent a different message: Starting in Vancouver, we took to the glorious Sea-to-Sky Highway and then ventured even higher, right to (near) the very top of Blackcomb Mountain in Whistler.

Now, bear in mind, we didn’t just drive straight up the mountain; rather, we took to the network of maintenance trails that criss-cross the hill and are used to keep the ski resort in tip-top shape. Still, the uncertain footing of the gravel trails and the severity of the incline served to highlight the fact that the Evoque is more than just all show and no go.

But let’s step back a moment. The Evoque features a direct-injected, 2.0-litre 4–cylinder turbo that develops 240 horsepower and 250 lb-ft of torque. This engine is paired with a six-speed automatic transmission that can shift itself or be operated manually. During the drive to Whistler, this combination proved reasonable enough; the experience behind the wheel of the Evoque is certainly not as racy as its looks suggest, but it does offer more excitement than the typical compact crossover.

Both the 3-door and the 5-door come armed to the teeth with too many luxury standard features to mention, but the highlights include leather-trimmed seats, aluminum trim, Bluetooth connectivity and streaming audio, a 380-watt Meridian audio system, and lights under the side mirrors that project the Land Rover logo onto the ground (!). The coupe version gains a full-glass panoramic roof, a stunning feature, especially when the surroundings are equally as arresting.

…gravel trails and the severity of the incline served to highlight the fact that the Evoque is more than just all show and no go.

In terms of off-road readiness, the Evoque features a full-time all-wheel drive system that controls the power sent to the front and rear wheels based on the traction available. Also standard is the Land Rover Terrain Response System that allows the driver to select from among four different settings—general driving, grass/gravel/snow, mud/ruts and sand—based on driving conditions. For the run up Blackcomb, we kept the Evoque in the grass/gravel/snow setting; this level proved eminently capable of handling the elevation and the loose gravel without so much as one wheel losing significant traction at any time. On the trip back down, we had the chance to explore the capabilities of hill descent control, which can be managed in 1-km/h increments using the cruise control switches on the steering wheel.

Easy as pie—particularly with the benefit of the 5-inch colour display in the instrument panel that reveals all details about the vehicle, including the speed at which the hill was being tackled. For even more guidance, the Evoque is also available with Land Rover’s 360-degree camera system. This set-up features five digital cameras placed around the vehicle with images from those cameras projected onto the 8-inch, high-definition touch-screen display above the centre console.

The experience behind the wheel of the Evoque is certainly not as racy as its looks suggest, but it does offer more excitement than the typical compact crossover.

Of course, as noted earlier, the Range Rover Evoque is not really intended for serious off-road use—particularly the kind that requires a terrain response system. But it’s comforting to know that, in a pinch, you could drive up a mountain if you had to—and look incredibly stylish at the same time. Prices for the Evoque start at $46,995 for the 5-door and $52,595 for the coupe. 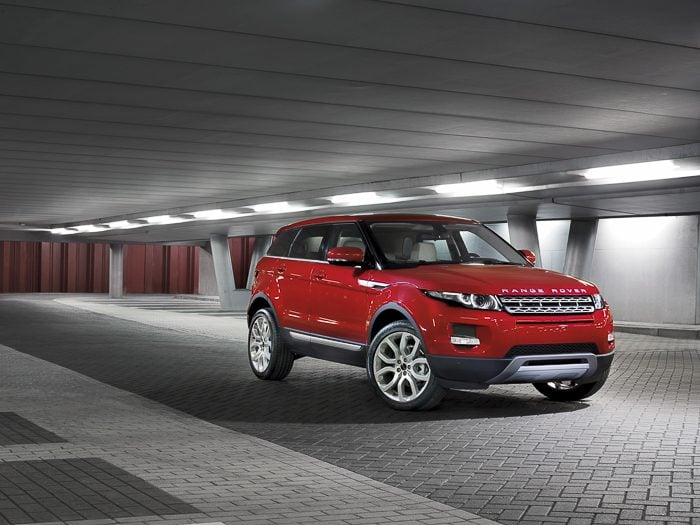 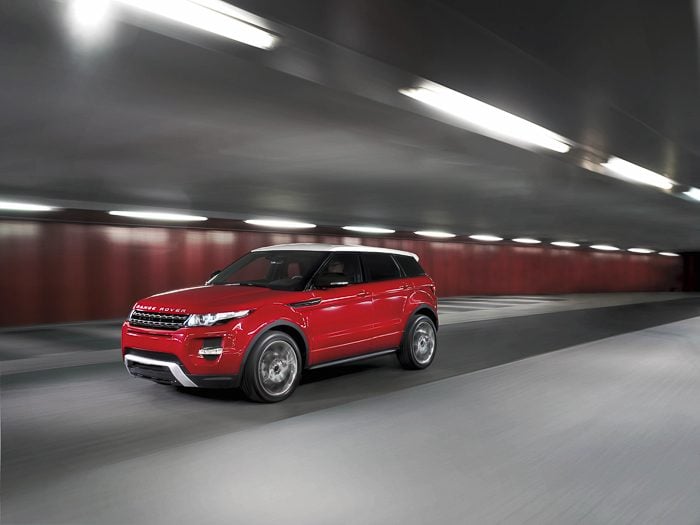 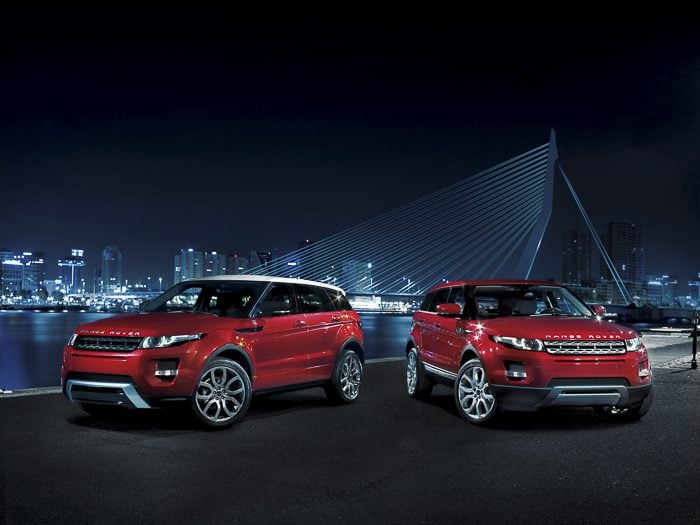 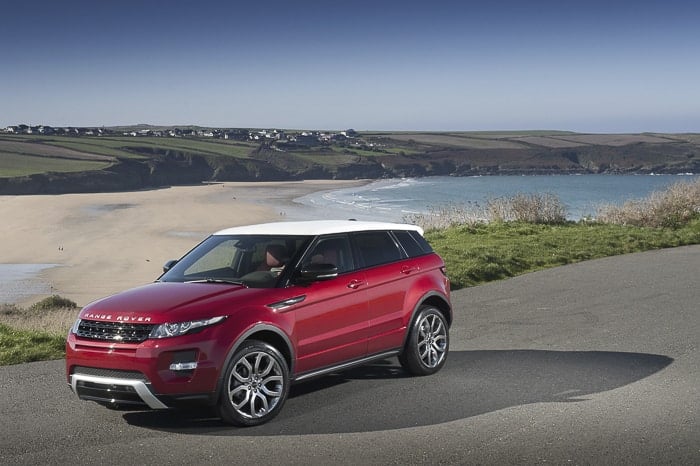 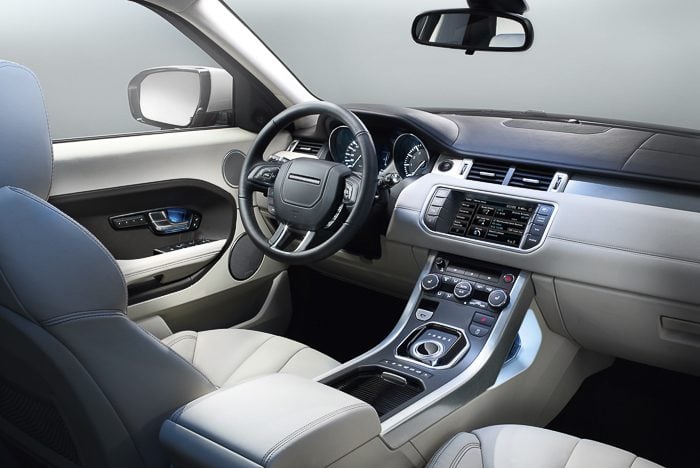 Mark Hackinghttp://www.markhacking.com/
Mark Hacking is an award-winning car, motorcycle and motorsports journalist whose work has appeared in Azure, enRoute, Intersection, NUVO and Toro, among many others. He is the former editor of Performance Racing News, the former managing editor of DRIVEN, and a member of both the Automobile Journalists Association of Canada and the Motor Press Guild of California. An avid racer, Mark is a three-time podium finisher at Targa Newfoundland and, this past season, raced in the VLN Series at the Nürburgring with the factory Aston Martin team. His motto in life: Drive fast, take chances.
FILED UNDER:
Subcompact SUV CrossoversLuxury Subcompact SUV Crossovers