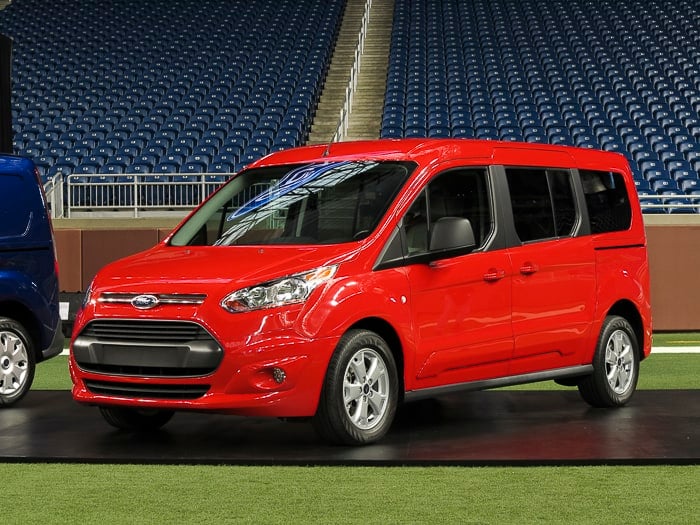 The Commercial Cargo Van with Utility and Style (Yes, Style) – We head to Detroit to check out Ford’s new van arriving to North America Detroit, MI — We’re all well aware of Ford’s lineup of award-winning vehicles. From the Shelby GT500 to the Fiesta, the American automaker has the consumer-base locked down. We are all likely less aware of Ford’s vast lineup of commercial vehicles, including the soon-to-arrive all-new 2014 Ford Transit, due out next year with pricing to be announced sometime mid-to-late 2013.

The Ford Transit first arrived in Europe in 2002. Then crossed the pond to North America as recently as 2010. But consider the 2014 Ford Transit to be the real deal – the ‘official arrival’ of Ford’s commercial cargo van, now blessed with an all-new design, part of Ford’s new design strategy which I personally feel is kicking ass (check out the exterior styling on the 2013 Ford Fusion…$30k never looked so cool).

If you own a business, and depending on your cargo and/or delivery needs, the 2014 Ford Transit essentially morphs into whatever size fits your trade. From the 105.6 cu.in. Transit Connect SWB up to the nearly 500 cu.in Transit LWB-EL High-roof, it’s clear Ford is paying attention to business owners and fulfilling their needs with choice and flexibility. A new offering on the 2014 Ford Transit is the chassis cab and cutaway on the heavier trims: 250, 350, and 350HD. The options available offer flexibility to extend the rear overhang to fit the business. Hence, the Transit is missing 3/4 of the rear with cabin intact and underpinning exposed. So either the Chassis Cab (Rollback Wrecker) or the Cutaway (Shuttle Bus) options allow business owners to configure the cargo space as required. The cabin of the 2014 Transit Connect would make any fast-paced, coffee-breath delivery man zipping through town on a tight timeline very proud. With a range of innovative loadspace features, coupled with the spacious and comfortable cab packed with smart stowage solutions, the Transit interior appears well thought out (I don’t drive commercial vehicles, but I’d presume this is a nicer, more comfortable cabin than most cargo vans). There’s also an Optional Class IV trailer hitch.

Ford describes the Transit as a business card, serving as a great outlet for branding, allowing businesses to adorn the large, expansive side panels with their brand imagery and info. The 2014 Ford Transit is not only a good-looking commercial tool, the design attributes make sense as well, with high-mounted headlamps, split-tail lamps, multi-piece bumpers, and large protective door moldings.

As Ford clearly stays away from the dirty mini stigma in mini-van, the 2014 Transit Connect could potentially serve as a min-van. Or people carrier, however you’d like to put it. With room for 5 –7 passengers (fold-flat seat for 7-seater and fold-forward removable seating on the 5-seater), a panoramic roof, and aircraft-style overhead storage system, the Transit would be the perfect passenger vehicle for the Sister Wives or a SWAT team. Hey, if you wish to move people without the frills, the 2014 Ford Transit may fit the bill (overseas, the Ford Transit is used as a Taxi, with a lower roof high to clear underground parking and without third-row seat). 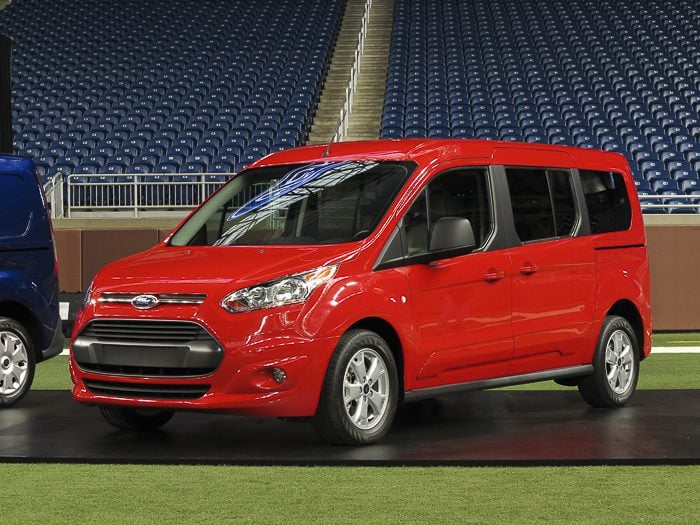 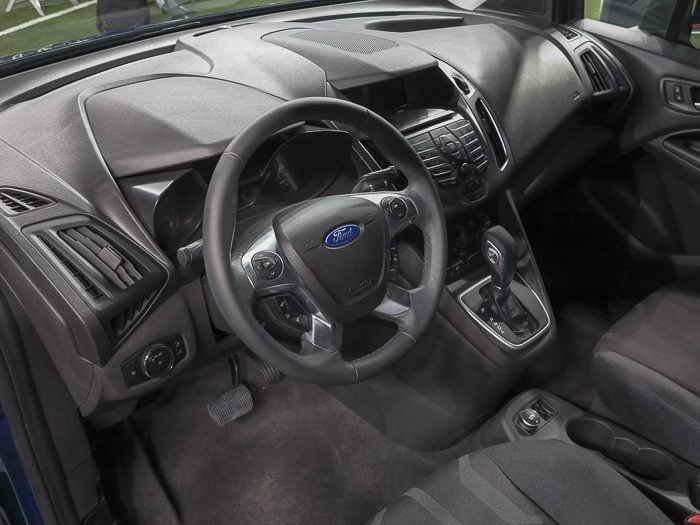 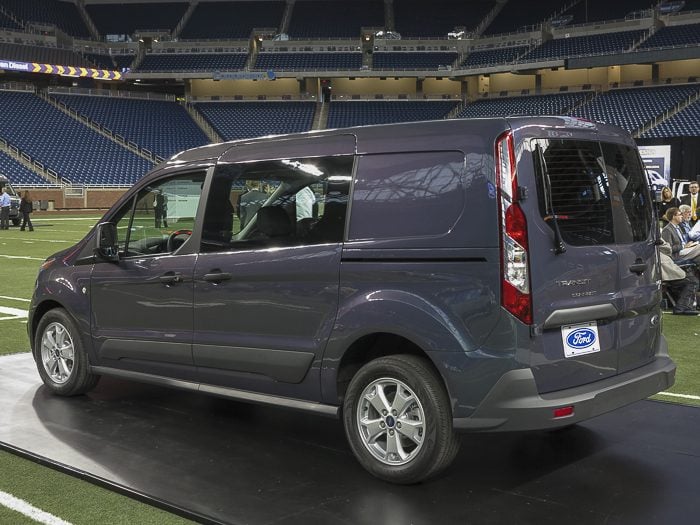 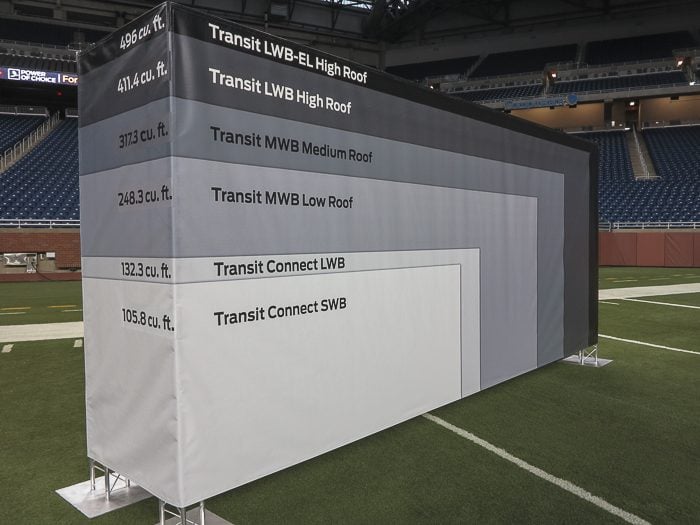 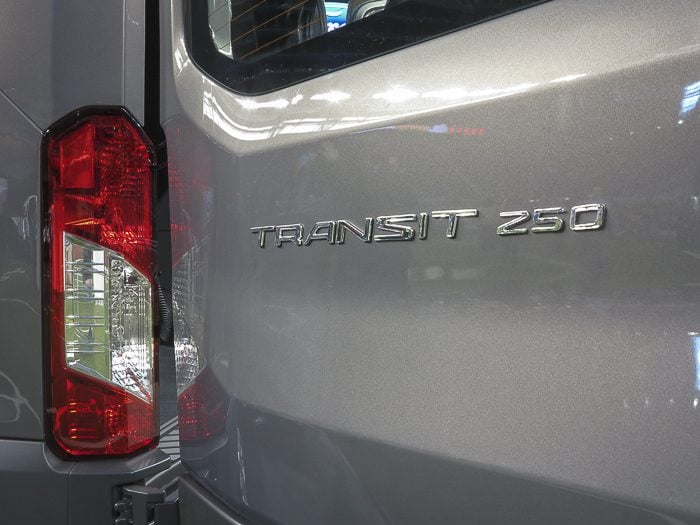 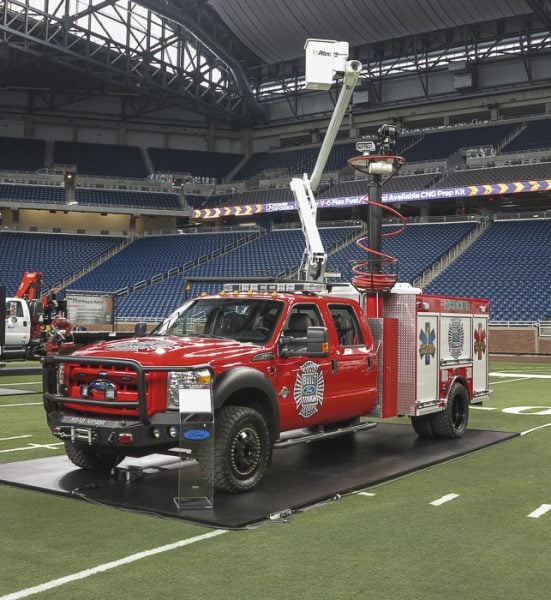 Amee Reehalhttp://www.ameereehal.com/
Shooting cars professionally since film was a thing, Amee's work has appeared in various outlets including NBC Sports, Chicago Tribune, SuperStreet, GlobeDrive, MotorTrend, and others. He's the managing editor & founder of TractionLife.com. Find him travelling, spending time with his kids and family. Or golfing, poorly.
FILED UNDER:
Minivans