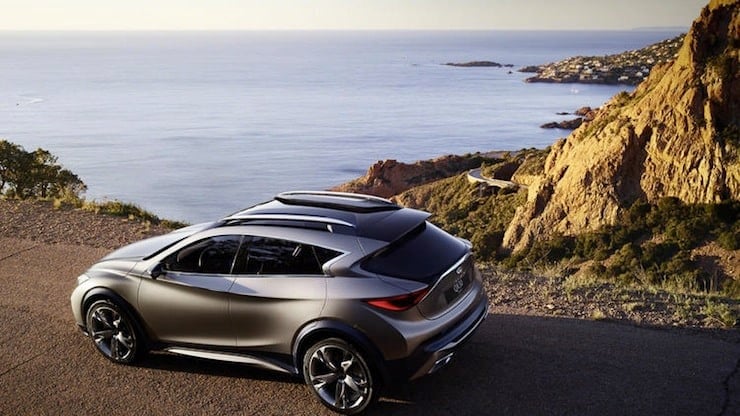 The compact crossover market is one of the fastest growing global automotive segments. Every automaker is throwing their hat into the ring to catch a slice of the massive profits waiting for them. Infiniti unveiled its QX30 concept at this year’s Geneva Motor Show, joining the growing list of automakers in the segment.

When looking at the QX30, it appears very similar to the Q30 show car that debuted at the 2013 Frankfurt auto show. That’s because when the two go on sale they will be platform mates, sharing chassis, engines and other mechanical and design bits. 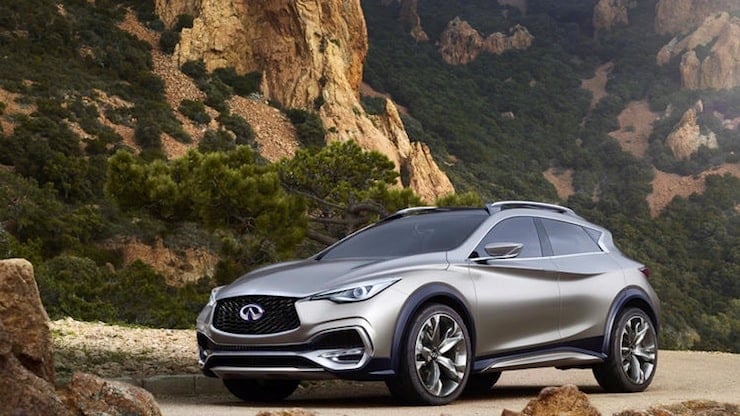 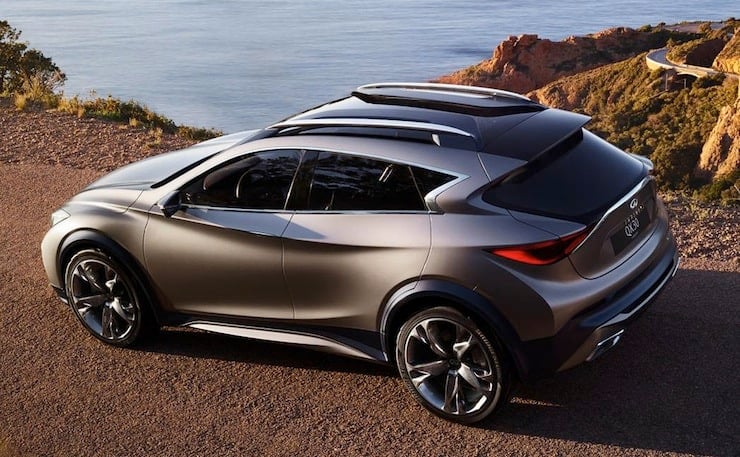 Power will come from a Mercedes-sourced turbocharged 2.0-liter four-cylinder engine. No horsepower figures have been released, though all-wheel drive and a seven-speed automatic transmission will be available.

The engine won’t be the only thing shared between Mercedes-Benz and Infiniti. The front-drive architecture the QX30 and Q30 will be riding on currently underpins Mercedes’ A-Class vehicles.

The styling of the QX30 concept takes Infiniti’s latest design language and sculpts a very handsome crossover. The hood is long and flows effortlessly into the side profile of the car. The back end incorporates a hockey stick that flows into the curvaceous rear end.

Inside, surfaces are swathed in warm, brown and blue leather. It looks very production ready even though the seat designs will likely not make it.

The Infiniti QX30 concept is a great foray into the compact crossover market. We can’t wait to get behind the wheel and see how it can set itself apart in the crowded segment. 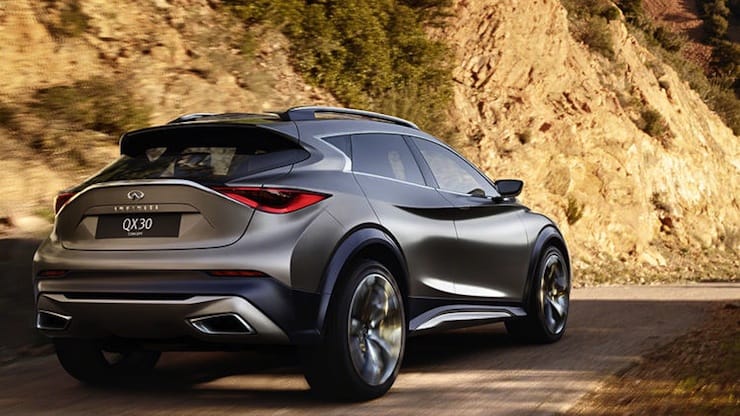 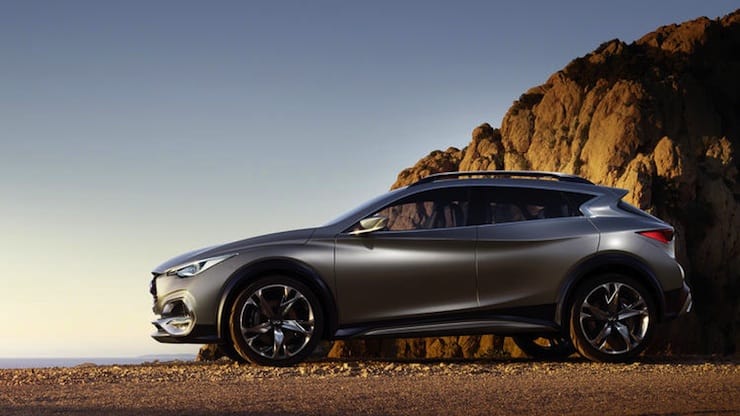 Anthony Alanizhttps://anthonyalaniz.com/
Born and raised in the shadows of Detroit, Anthony has been writing about the automotive industry since 2008 — before the bailouts, bankruptcies and buyouts. Industry news and car reviews are Anthony's ammunition and working for outlets including CarandDriver.com, Revvolution.com, The Daily Telegram is the vehicle to deliver them. J-school graduate, weekend mechanic, car enthusiast and open-road connoisseur.
FILED UNDER:
InfinitiAuto NewsInfiniti News

With Canadian designer Karim Habib at the helm, Infiniti previews the beefy yet sleek QX Inspiration electric SUV ahead of its debut in Detroit this month.
Read more
Infiniti

The highly anticipated Infiniti crossover has arrived. The 2019 QX50 is completely new with a sharp redesign inside and out. But how does the breakthrough VC-Turbo engine actually perform?
Read more
Infiniti

Infiniti Reveals the Inspiration Concept with a Look Into the Future

Infiniti isn't the biggest player in the luxury space, but it's making strong efforts with all-new products with bolder designs in 2018 going forward. The Inspiration Concept provides a quick glimpse.
Read more
Infiniti

Shopping for a used 2018 Infiniti QX30? The luxury CUV saw minimal changes vs 2017 but here's a closer look at the base FWD & top-end QX30 Premium AWD trim.
Read more
Infiniti

Road Trip to Philadelphia in the Infiniti QX60

There’s a richness to Philadelphia that goes well beyond cheesesteaks. Our man Travis hits the road in the 2016 Infiniti QX60 to find out.
Read more
Car Reviews