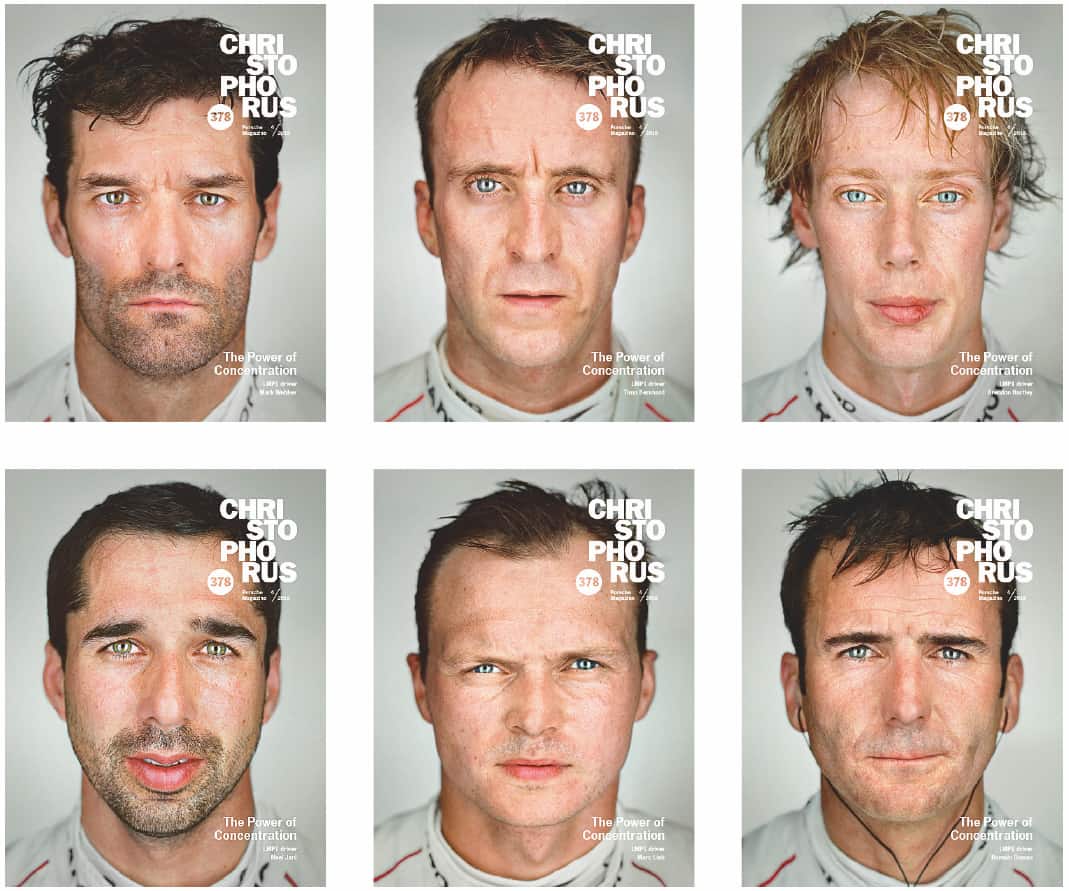 Capturing the raw emotion of Porsche’s LMP1 drivers, photographer Martin Schoeller does just that for the September issue of Porsche Christophorus

For their September 2017 issue, Porsche Christophorus — the official Porsche customer magazine and one of the oldest customer publications in the world, 65-years and running — is offering a newly launched boxed set that includes 6 different covers with portraits of of each of the six LMP1 drivers in the FIA World Endurance Championship during the six-hour race on the Nürburgring in July 2016, published by Delius Klasing.

Shot by acclaimed New-York-based portrait photographer Martin Schoeller, he setup a mobile studio and had the exhausted drivers pose for him as they immediately hopped out of their Porsche 919 hybrid- racing cars. The result? A true, timely depiction of the emotions of each driver after the long distance race — all from a headshot. You can really see, and feel, the vibe of all six drivers including Mark Webber, Neel Jani, Brendon Hartley, Marc Lieb, Timo Bernhard and Romain Dumas.

Also check out: In Pictures: 2016 WEC and IMSA at Circuit of The Americas in Austin, TX If you're planning to 'go green' affordably then the Taycan Turbo and Taycan Turbo S aren't for you. But expect huge power & hit 100 km/hr in 2.8-seconds.
Read more
Porsche