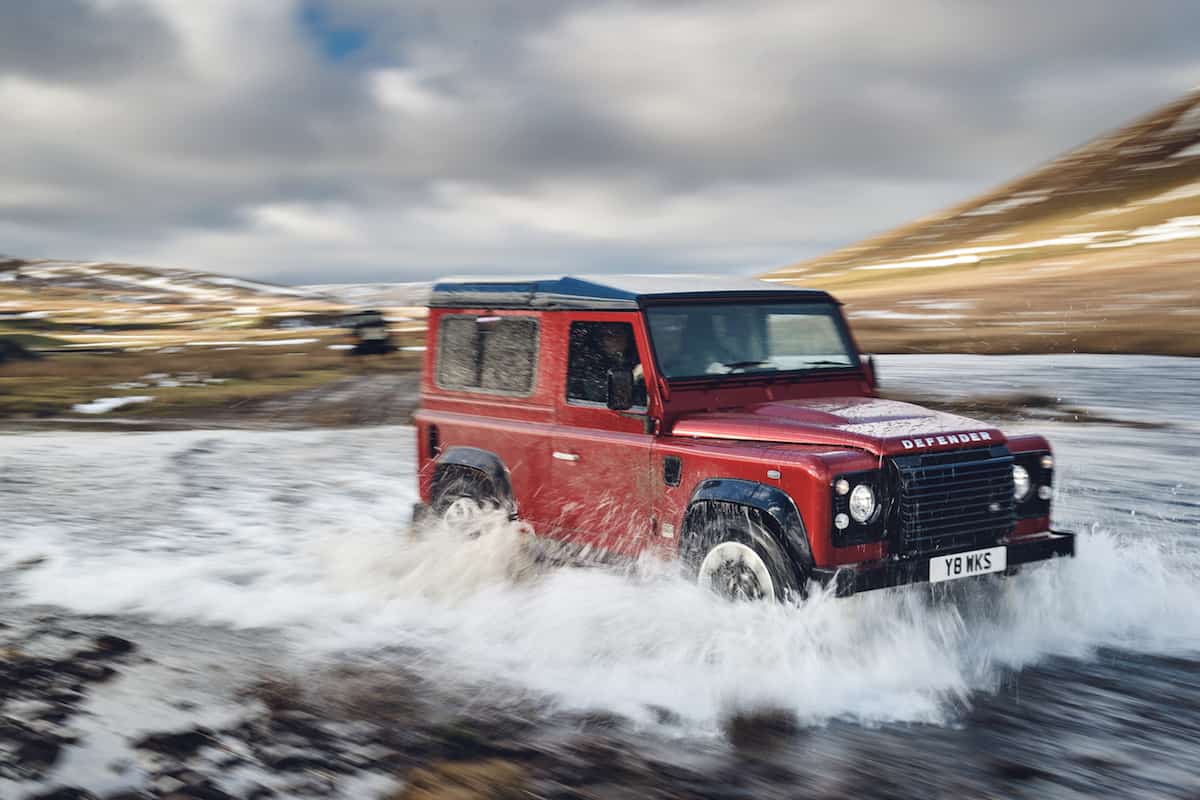 It’s what fans of of this iconic beast have been yearning for, and now it’s finally here. The new Land Rover Defender Works V8 will go down in history as the storied models fastest, most powerful example to date. But with only 150 units produced, this limited-edition Defender may not find its way into your garage anytime soon.

Most powerful model to date

Completely re-engineered, the new Defender is powered by a 5.0L naturally-aspirated petrol V8 powertrain, making 405-hp and 515 lb.ft of torque paired to an eight-speed ZF automatic transmission with sport mode, uprated brakes and handling kit. Compare that to the model’s standard 122-hp, it all begins to make sense.

And reaching a top speed of 106mph and sprinting 0-60mph in just 5.6-seconds, means you’ll be first dude at the chair lift to hit the fresh powder. The purpose behind this special release is to celebrate the Land Rover’s marque 70th anniversary in 2018.

As Tim Hannig, Jaguar Land Rover Classic Director, puts it, “It’s fitting that we’ve been able to release the full potential of the iconic Defender, whose much-loved shape remains synonymous with Land Rover, 70 years since it was seen in public for the first time. ” He adds that the British automaker considered reintroducing a V8-powered Defender four years ago when they were still producing it, acknowledging the demand for a power-hungry version of the off-roader. But waiting until now to ensure the best version possible certainly was the way to go.

Both 90 and 110 wheelbase Defender Works V8 derivatives will be available to purchase direct from Land Rover Classic, with prices starting from £150,000 for a 90 in the UK.

We’ll have more info as it comes in. Red Cross Gets Taste of the Defender Prototype in Dubai

Since 1954, Land Rover has supplied the Red Cross with over 120 vehicles for humanitarian efforts. The new Defender is next, tested to the limits in Dubai.
Read more
Land Rover Defender

The 2,573-piece LEGO Defender Technic set drops in October 2019; the 2020 Defender SUV in September. Is this a glimpse at the real thing? We love it anyway.
Read more
Land Rover

If celestial bodies & special edition luxury SUVs are your thing, the Range Rover Astronaut Edition, based on the Autobiography, is calling your name.
Read more
Tools

Crack open that beer or check your tire thread in style. Whether you're a fan of the iconic 4x4 or not the Defender Multi Tool offers 11 tools in one. Nice.
Read more
Land Rover Defender

East Coast Defender teams up with Barbour and Orvis on this Heritage Edition Defender 90 dubbed 'Project Barbour' they're giving away in 2018.
Read more

A 2015 Defender 110 Pickup with some Project Kahn love