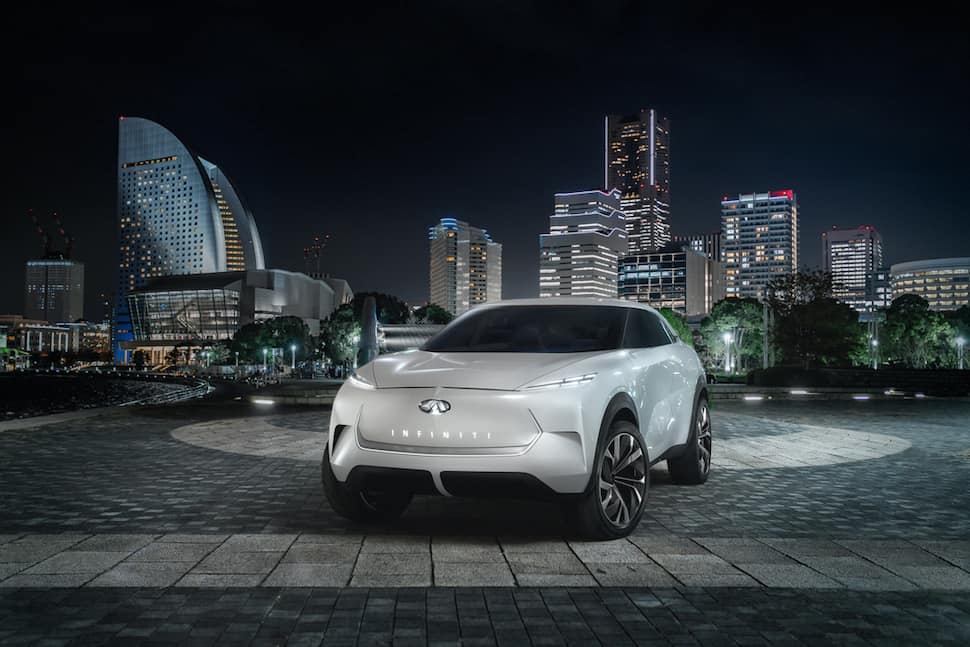 Infiniti is going full throttle on the high-performance electrified vehicle front. The luxury Japanese automaker’s latest preview is the glossy Infiniti QX Inspiration — an electric SUV the company says “is the beginning of a new era for Infiniti and an illustration of where we want to go with the brand.”

Similar to their past concepts like the Inspiration Concept sedan, QX50 Concept, and sweet Vision Gran Turismo, the QX Inspiration SUV looks to showcase Infiniti’s new and future tech with some hints to upcoming design language with Canadian designer Karim Habib at the helm.

Beefy looks with smooth panels, expect the QX Inspiration to offer a hand-crafted, lounge-like cabin with some “omotenashi” flavour (Japanese for a welcoming environment and hospitality).

Details on the electrified SUV are slim with a full reveal slated for the upcoming 2019 North American International Auto Show in Detroit, on Jan. 14, 11:40 a.m. EST, to be exact.

Check out some more concepts here.