The history of Kawasaki motorcycles and the story behind this restored 1973 Kawasaki Z1 900 connecting with its owner. 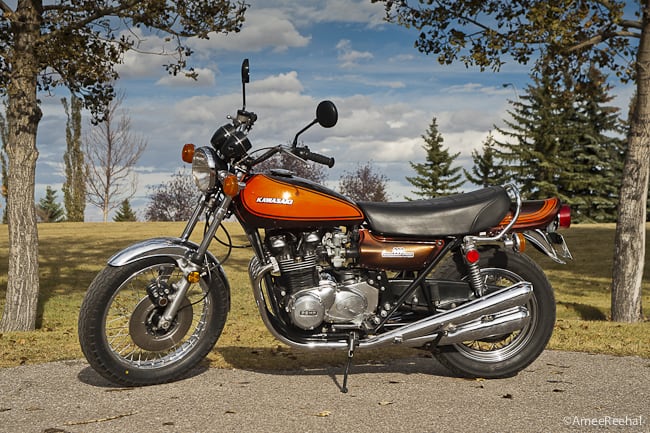 Some folks are pretty impressionable — especially those who are interested in motorcycles. Take Calgary’s Wade Youngman, for example. Back in 1973 he was 16 years old, and he’d just bought a brand new Kawasaki Trail Boss motorcycle. It was a 100cc machine, but that wasn’t enough for him. No, later in the year he decided he also had to have a 1973 Kawasaki H2, the 750cc triple-cylinder two-stroke screamer.

In 1973, however, there was an even bigger Kawasaki available. This penultimate Japanese machine was the recently introduced Z1 900. Youngman had already bought two new 1973 Kawasakis with his paperboy’s wages, and he couldn’t afford to buy a Z1. He didn’t soon forget about the Z1 900 though, and he was forever after on the lookout for a good example of the Kawasaki he never owned.

Fast forward to the Calgary Motorcycle Show in January 2009. Youngman, while helping look after the vintage motorcycle display hosted by the Canadian Vintage Motorcycle Group, learned of a 1973 Kawasaki Z1 that was for sale. In February – when it’s usually frigid and dark here on the prairies — he and a couple of friends managed to drive the hour and a half south to Parkland where the bike was stored. In an old single car wooden garage the Z1 was parked.

“(The owner) had bought the bike used in 1975,” Youngman says. “He’d kept it since, and told us it was his baby. But he was ready to part with it because he’d found a Harley-Davidson that he wanted to buy.”

“(The owner) had bought the bike used in 1975,” Youngman says. “He’d kept it since, and told us it was his baby. But he was ready to part with it because he’d found a Harley-Davidson that he wanted to buy.”

The Goal: Restoring this old Kawasaki to its original state

Youngman says the Kawasaki looked to be in reasonable condition, although it was fitted with a few non-standard parts such as a sissy bar and a king/queen saddle. At one point the Z1 had had a fairing fitted on it, and there was a four-into-one header installed. There was a 16” rear wheel in place of the original 18” hoop and the tachometer was incorrect for the year.

There were enough things right about it, though, to get Youngman excited. For starters, it was still in its original root beer and orange paint scheme that he personally liked, and it was obvious the bike had never been repainted. It was also apparent that the bike had not been abused, and although it was slightly dirty the machine was currently registered and the owner had used it the summer before to travel to Vancouver Island. There was, of course, a deal clincher.

“The key to the whole thing was he kept saying he had this piece and that piece, so I asked to see the extra parts he did have,” Youngman says. “He pulled out a ladder and climbed into the attic of this garage and came down with a box filled with NOS parts, including all new rubber bits, a NOS front fender and headlight ring – just a ton of new parts.

“So, I was asking about the exhaust, because the four into one header is not original. He went into the house and he came out with a NOS four-into-four exhaust system for the bike. I got really excited when I saw that.”

Youngman told the owner he wanted to buy the bike, but he also wanted to hear it run before becoming totally committed to the deal. He offered to leave the seller some cash to hold the machine, but he was told it wasn’t necessary, and that he’d call Youngman when the weather was warmer. True to his word, he called Youngman in June and told him to come down. When Youngman pulled into the yard the battery was just being connected, and with two kicks on the starter the Kawasaki burbled to life. Youngman was surprised at how quiet the engine ran, and taking it for a quick run down the highway proved the machine was in good nick. Done deal.

When it was introduced in 1973 the Kawasaki was the largest four-cylinder four-stroke Japanese production motorcycle, and it quickly was ranked a ‘superbike’. Prior to 1968 Kawasaki’s forté was mostly two-stroke engine development – although four-stroke technology wasn’t entirely new to the company. Kawasaki got its start in 1896 with the production of heavy machinery, and in 1953 they produced their first four-stroke single-cylinder 125cc motorcycle engine. In the early 1960s Kawasaki merged with Meguro Works, another Japanese motorcycle maker, and became the Kawasaki Motor Sales Co.

By the late 1960s Kawasaki was working on a 750cc four-stroke motorcycle engine, but they were beat to the street in 1968 when Honda announced their CB 750. Kawasaki shelved their initial plans, but by 1970 the company was back at the engineering table drawing something even bigger and better. Kawasaki’s research indicated there was a need for a reliable, larger capacity motorcycle capable of high performance and that, when asked, could also be a decent touring machine.

The Z1, with its 903cc DOHC engine, was the answer. This powertrain produces 79 horsepower at 8,500 r.p.m. and transfers its torque to the rear wheel via a five-speed gearbox and chain final drive. For a chassis Kawasaki designed a double-cradle tube frame and put a 19” wheel up front and an 18” wheel out back. There weren’t many other machines on the road that had the distinctive style of the Z1, with its streamlined front fender and slim fuel tank and saddle. Overall, the machine weighed in at 544.5 lbs. wet.

When Youngman got his Z1 home he promptly removed the sissy bar and put the original seat rail back on the bike. While the Kawasaki was in its original paint the finish was badly oxidized. Youngman tested a spot with some paste wax and found with some elbow grease the original paint would shine. He found a NOS saddle on eBay and replaced the king/queen seat, and for the most part has simply cleaned and detailed the machine. Nothing mechanical has been touched, but he will be replacing the small rear wheel with the proper 18” item.

Although he debated installing the NOS exhaust system Youngman says the bike just didn’t look right with the header, so he broke down and put it on. “Part of what I loved about the bike back in 1973 was the paint and the four-into-four pipes,” he says. “I just make sure I’m riding the bike for a good distance to ensure there’s no condensation in the exhaust.” 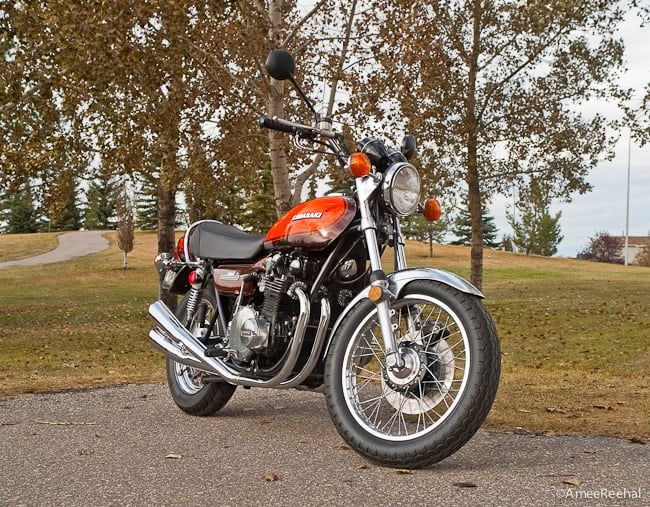 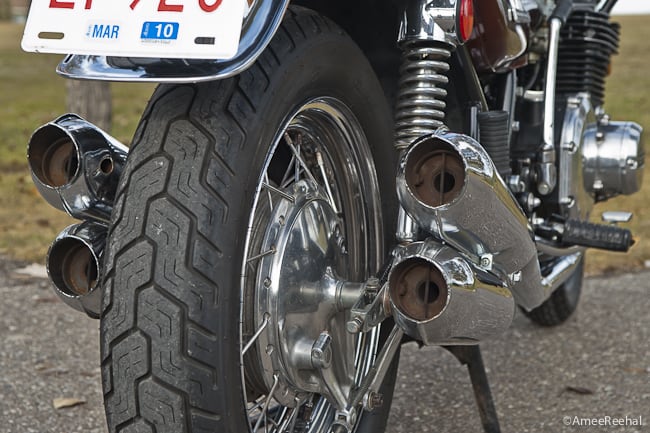 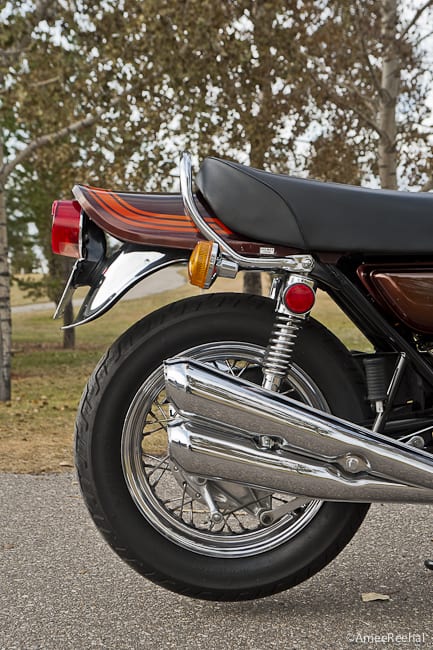 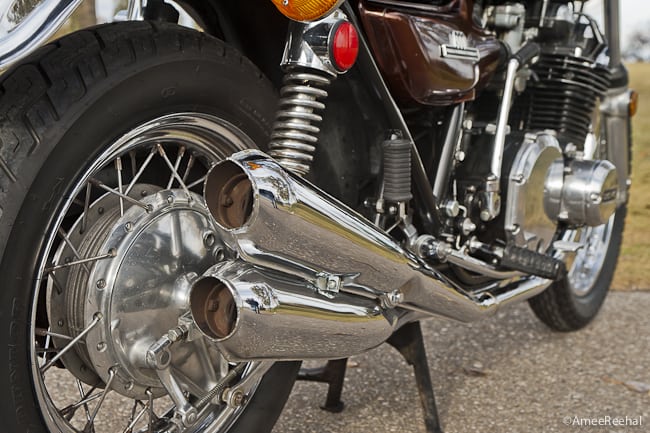 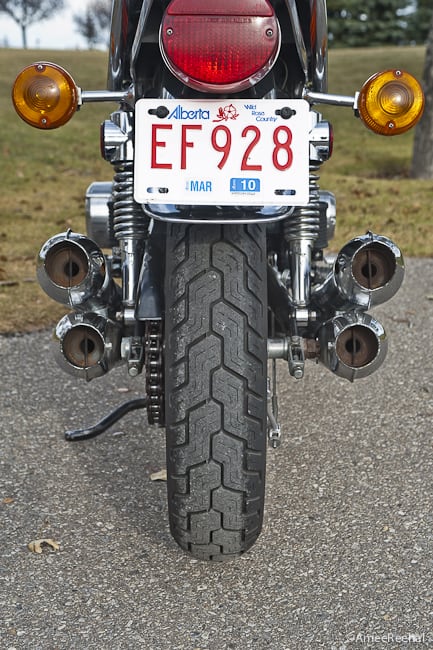 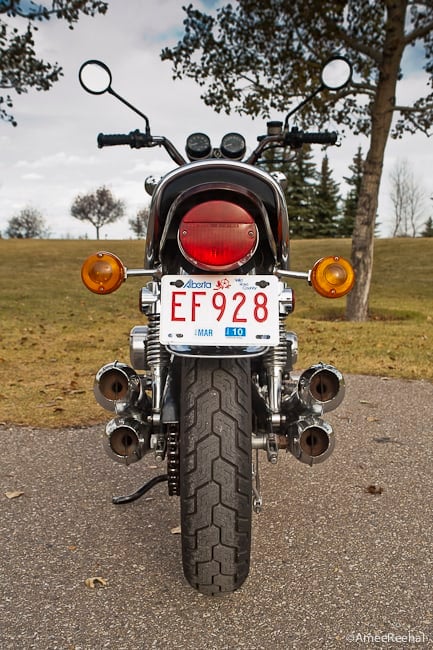 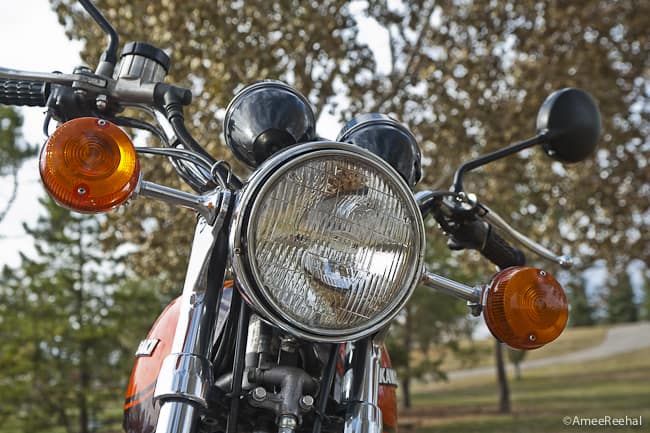 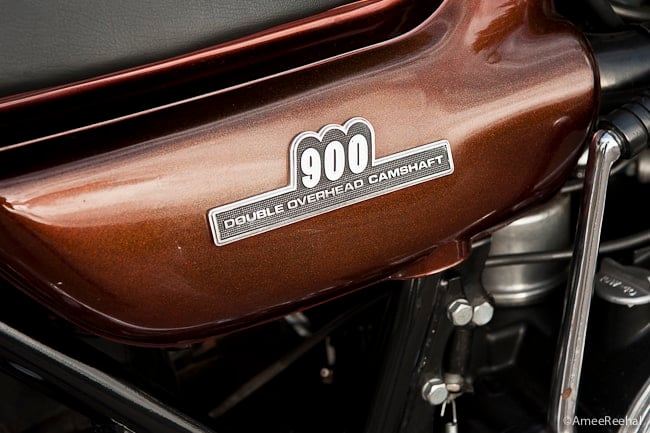 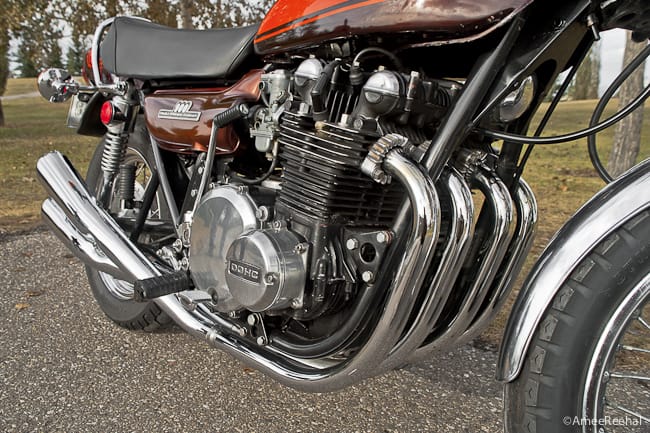 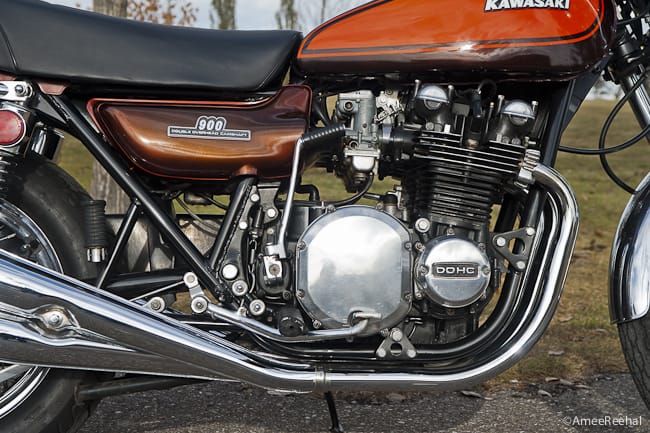 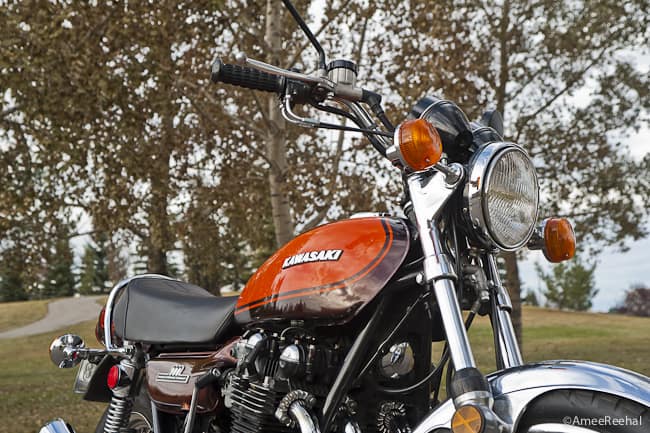 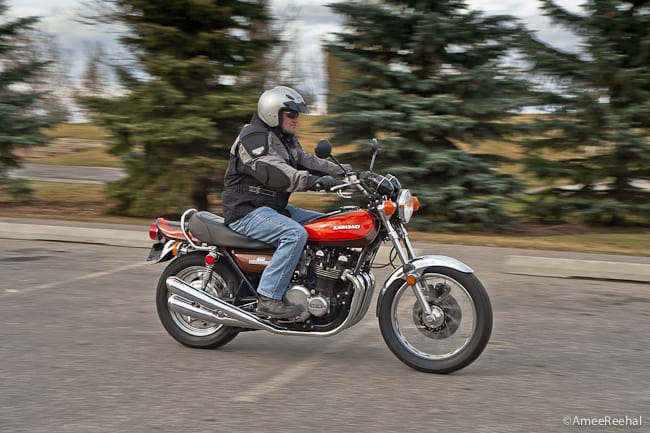