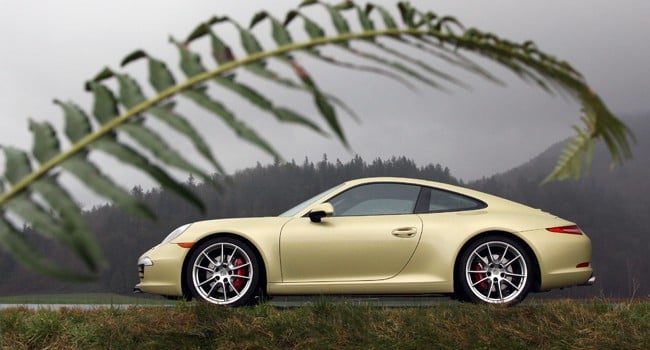 The Porsche 911 is one of the true icons in the automotive world. The model was born out of the successful 356 program in 1963 and is quickly approaching its 50th year of production. The car is in short, a legend. It represents the dream machine for people from all walks of life and every age group, and has established a very large fan base over the last half century. This past spring Porsche unleashed the seventh generation of the venerable 911 sports car, code name 991, to the motoring public. Each time the German company revisits the 911 design there is a mild sense of tension felt among car enthusiasts worldwide as they are always haunted by the possibility that someone may drop the ball, and damage the image and functional form of the four-wheeled masterpiece of engineering that is the Porsche 911.

Evolution takes time, and the designers and engineers at Porsche have managed to carefully direct this process for almost five decades. The 911’s basic shape and layout is still intact and acts to provide a tried and true foundation upon which they are free to create a car that stirs the heart, and the soul. With each new variant the team at Porsche has managed to keep the car relevant, competitive and surprisingly (for such an aged design) innovative.

The 991 is the most forward thinking 911design yet. The new car features a longer wheelbase, a significantly lower suspension, and a wider track. These technical changes have given the new car an enhanced level of stability which will help inspire driver confidence. Few automobiles can claim the motorsport heritage held by the Porsche 911. Variants of the nimble coupe have been racking up major racing victories and establishing track records around the globe since day one, so it should come as no surprise that from certain angles the 991 looks like the incredible wind-cheating GT1 endurance racer of days gone by. The wide rear fenders, sharply slanted windscreen and slivered taillights remind us that the familiar shape of the 911 was penned for the track and perfected in the wind tunnel.

…from certain angles the 991 looks like the incredible wind-cheating GT1 endurance racer of days gone by.

The car was made a little larger than previous iterations to provide much needed room in the passenger cabin, so it was important for the design team to monitor weight gain. One solution was to replace some of the body panels with aluminum- including the doors, fenders, and hood and trunk lids.

The passenger cabin is more luxurious than that of previous offerings, and the dash, instrument cluster and centre console have been modernized to look more like less cluttered versions of those featured in the car’s sisters, the Panamera and Cayenne. The car’s cockpit has been designed to place the driver in the optimal setting to become one with the car, and the most vital controls, gauges and switches are easily accessible for the operator. The body-hugging sports seats seemed infinitely adjustable (18-way) and proved firm and well-bolstered enough for serious track duty. The three-spoke steering wheel features a wide-rim, and is fitted with paddle shift levers so that the driver can extract the most fun from the incredible PDK transmission.

Once you slip into the driver’s seat you will notice that there is a little more room to stretch out in which will bode well for sales in the North American market.  Retracting the extra-large moon roof ($1,710) gives the occupants an almost open-air driving experience. The rear passenger area is still best reserved for diminutive folk, but the stretched wheelbase added enough room to the rear foot- well that I could now stow my camera bag on the floor rather than the rear seat.

Standard equipment on my test car included a dual zone automatic climate control, power windows, mirrors and door locks, Bi-Xenon headlights, navigation, Bluetooth mobile phone interface, and a premium audio system.  My test car was fitted with the optional twin-tube sport exhaust system so I have to admit that I may have neglected to explore the capabilities of this apparently excellent sound system, as my ears prefer to be tickled by the mechanical music created by this mechanical instrument.

The base 911 features a 3.4-litre, flat-6-cylinder engine that produces a healthy 350-horsepower and 288 lb-ft of torque, but my test vehicle was the upmarket Carrera S model, which gets its motivation from a 3.8-litre unit blessed with 400-horsepower and 325 lb-ft of torque.  A 7-speed manual transmission is standard on both models, but most buyers will opt for the 7-Speed Porsche Doppelkupplung (PDK) auto-manual.

While Porsche automobiles are lauded for being the apex predators of the performance food chain it is refreshing to see that the company acknowledges the need to protect the environment with their non-hybrid offerings as well.  As a result, all 911s now feature Porsche’s auto start-stop function that shuts down the engine when the car rolls to a stop in an effort to reduce vehicle emissions.

…all 911s now feature Porsche’s auto start-stop function that shuts down the engine when the car rolls to a stop in an effort to reduce vehicle emissions.

Apart from the time I was allotted to test the 911 Carrera S on the street, I was also lucky enough to get the chance to spend some time behind the wheel of a similar model at two separate track events. The first took place in February when I did my best to learn how to drift Porsche’s iconic coupe through the technical corners of a high-speed, snow-covered track while attending the car’s Canadian launch at Camp4, held in Notre-Dame de la Merci, Quebec.  The second track experience took place in April at my local track- Mission Raceway Park – where I was given the chance to put the new car through its paces as part of a lapping day organized by the local Porsche representative. What did I learn about the new car? Well the biggest revelation is that the car feels much more planted at speed, especially when pushed hard through the corners.  Handling is razor sharp and surprisingly neutral for a 911, a car that at one time was plagued by under steer due to the fact that the engine hangs out past the rear axle.

The all new electric power steering has been engineered to provide just enough assistance to reduce the amount of effort required by the driver, while at the same time enhance the level of steering precision. While playing on the icy road surfaces at Camp4 I was amazed that I wasn’t sawing at the wheel as I completed my lapping exercises. The car didn’t seem nervous or unsettled no matter how hard I pushed; however, the same could not be said for my passenger.

I like to think of the new Carrera S as a memory factory, as launching the car from a standstill is a pleasure inducing experience that I would like to live over and over. Runs from 0-100 km/h take 4.5-seconds, and the car’s top speed is listed as 304 km/h. Acceleration is a controlled fury as a full complement of electronic stability and traction controls are on board to keep the car tracking straight and true. The Carrera S comes fitted with Porsche Stability Management (PSM) and Porsche Active Suspension Management (PASM) as standard equipment, but enthusiast buyers looking to sharpen this track tool will want to order both the optional Porsche Dynamic Chassis Control (PDCC) and the optional Sport Chrono Package to help enhance the driving experience further. If that wasn’t enough, the 911 Carrera S also features the company’s latest innovation, Porsche Torque Vectoring (PTV), which increases dynamic performance.

Of course a speed activated rear spoiler is on board to deliver down-force when travelling at higher speeds, but this latest design is longer than that of the outgoing 997, and is more visually appealing when deployed.What did I learn about the new car? Well the biggest revelation is that the car feels much more planted at speed, especially when pushed hard through the corners. The torque curve is a little wider than that in the previous model, which means you will find that you are able to power through corners like never before. Luckily similar improvements were made to the braking system to ensure that you can draw in the reins when your enthusiasm overwhelms your driving abilities. These powerful brakes sport lightweight discs, huge cooling ducts, and six-piston calipers up front.

The all new electric power steering provided just enough assistance to reduce the amount of effort required by the driver, but at no time did I feel any substantial loss of feel. In fact, it seems to enhance the level of steering precision.

The new Type 991 represents the future for Porsche designs.  The car embraces the 911 model’s long lineage and sporting tradition while at the same time, delivers the performance, efficiency, and comfort now demanded by the modern Porsche buyer.  The legend continues.

Review and Photos by Russell Purcell