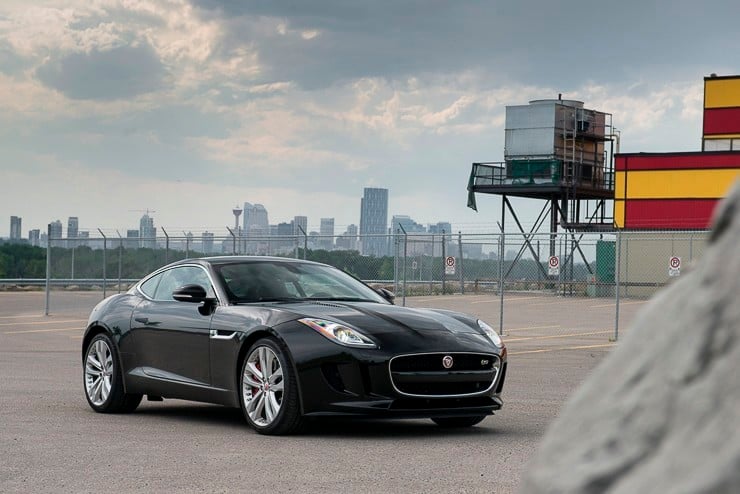 The 2015 Jaguar F-Type S Coupe Is An Evil Roadster. If you’re not a nice person, you’ll feel right at home.

The Coupe Will Always Be More Evil Than The Roadster

When Jaguar launched the original convertible version of the F-Type, they produced a Sundance Film Festival short film to accompany it. The film was titled “Desire” and it featured Damian Lewis, who is recognizable, alongside actors who aren’t. The film wasn’t very good. For the launch of the coupe version of the F-Type, Jaguar produced a much better sixty second cinematic advertisement for Super Bowl XLVIII. “Rendevous” featured Ben Kingsley (Ghandi), Tom Hiddleston (Loki in Thor), and Mark Strong (Lord Blackwood in Sherlock Holmes) as British Villians rendezvous-ing at Ben Kingsley’s mansion. Jaguar used the tag line “It’s Good To Be Bad”. Until you experience the coupe version of the F-Type for yourself, you’ll probably think that this is simply hyperbole. But, fantastically, it’s not. The F-Type coupe really does feel evil all the way down to its (aluminium) marrow. You half expect an assassin to leap out at you from the tiny cubby space beneath the rear hatch, or perhaps more realistically, you’re the assassin and you’re on your way to do evil, unspeakable things.

The main differences between the coupe and the convertible, which are a direct result of the addition of the fixed roof, are the styling of the side windows and the rear C-column of the F-Type, the use of the space beneath the hatch as a resonance chamber for the exhaust note, the lower balance at the rear of the car due to a lack of mechanical equipment for lowering the roof, and slightly stiffer torsional rigidity owing to the roof pillars and roll cage beams, which pass through the cockpit behind the seats. Just how Jaguar managed to make the coupe feel evil is open to debate, but it has to do with how they engineered those four parameters. Sitting in the driver’s seat looking out through the passenger window, you notice that the side window is composed of a heavily sloped (or angled) rhomboid, which can be characterized as being stealthy and aerodynamic, and having a low profile, as if it wants to avoid being seen. The effect makes the windows feel aggressive and cagey.

Under the hood: Driving impressions

The sound is visceral, unexpected, and entirely welcome. The auditory magic of the original F-Type was it’s strongest selling point, and Jaguar has gone to great lengths to preserve that in the coupe.

Drive through an underpass, or next to a retaining wall, and the sound from the F-Type is brilliant, simply brilliant, and for those who know what a Termingoni exhaust sounds like, the likeness is spot on. Somehow, Jaguar’s engineers (probably using black magic) have managed to capture the same experience inside the small confines of the V6 S coupe’s cockpit, which is completely unexpected.

They have managed to let just enough exhaust sound penetrate the cabin at the rear, that when it is deflected off the inside of the rear hatch’s glass, it is transmitted perfectly to your ears as if the sound were being pumped from expertly placed, million dollar speakers directly behind your head. The sound is visceral, unexpected, and entirely welcome. The auditory magic of the original F-Type was it’s strongest selling point, and Jaguar has gone to great lengths to preserve that in the coupe. You’ll need to really push the F-Type V6 S Coupe to feel the difference in the rear end’s balance and in the torsional rigidity of the car, but the differences are there, which is important for track days, or for getting to the site of a planned murder very quickly without losing control of your car and creating a pickle of a situation for you and the police. The centre of mass across the rear axle feels a few inches lower, which provides less body roll across the rear end through corners.

The strength through the roof pillars and the additional aluminium roll cage beams that peek through the interior of the cabin behind the seats provides a bit more cohesion between the front and rear of the vehicle, which allows the F-Type to take a quicker set during a change in direction.

Finally, the view from outside the F-Type coupe is menacing. The convertible has a soft, flowing design over the rear haunches, which helps to accentuate the wide track and inherent power being delivered to the rear wheels. With the coupe, the softness is lost with the addition of the C-pillar that sits high on the very rear of the F-Type and rakes forward almost completely horizontally. This is an exceptional design cue that has, in part, led to the F-Type Coupe being named Globe Drive’s most beautiful car in Canada, and lends the coupe an attack-oriented design theme from the rear. If you’re not a nice person, you’ll feel right at home in the 2015 Jaguar F-Type S Coupe. You’ll be able to terrify other drivers on the road with the incredible roar from this beast, and the F-Type is still rare enough that most people won’t recognize it, so the visual assault from the rear of the F-Type will reinforce everyone’s perceived fears of this vehicle in fast moving traffic.

In a way, this must be what it feels like to be a god in your element, and what person throughout human history, who has been touched by a bit of evil, hasn’t wanted to be a god? This is your chance. You are the God of the Highway in your 2015 Jaguar F-Type V6 S Coupe. Just don’t act like a jerk. Gods don’t do that.

Finally, a word of advice. If you’re going to get the 2015 Jaguar F-Type S coupe, make sure to get it with the Panoramic Glass Roof. The glass fills the entire roof and gives you the impression that you are actually driving the convertible, but without all the wind noise, bugs, melanoma, etc.

The glass does not change any of the specifications of the vehicle’s handling characteristics either, so it’s a decision without compromises. Without the glass roof, the cabin of the F-Type can feel slightly claustrophobic. Jaguar engineers must have realized this, and their solution creates a truly remarkable motoring experience from inside the coupe. 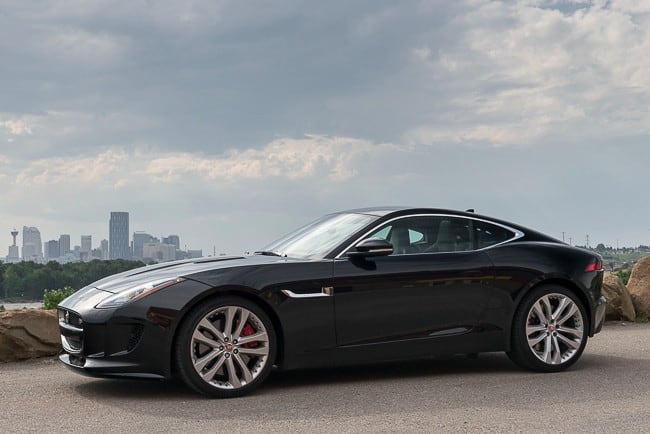 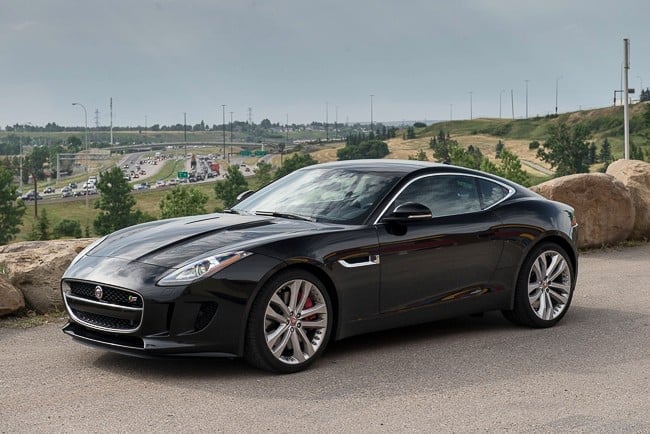 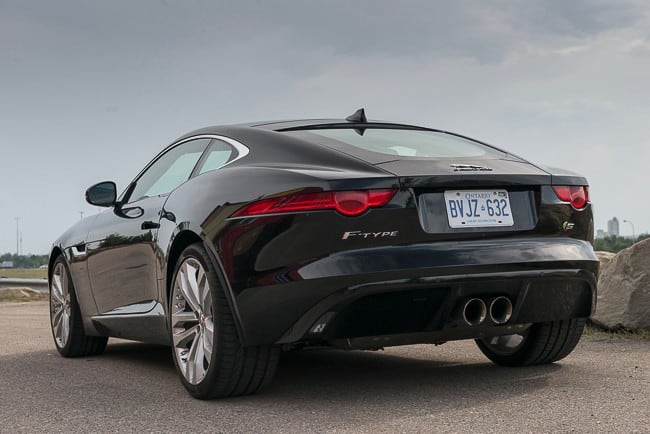 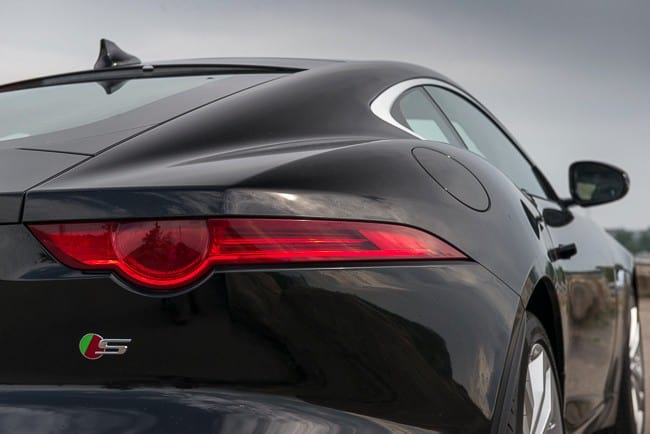 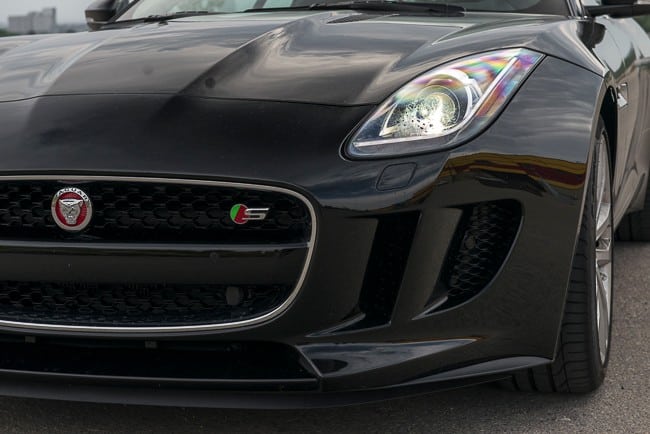 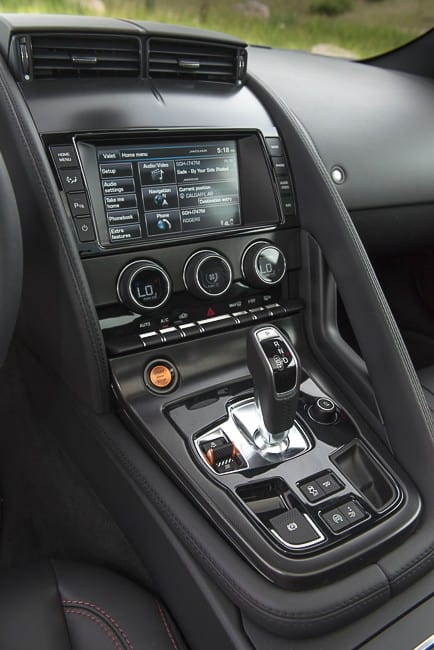 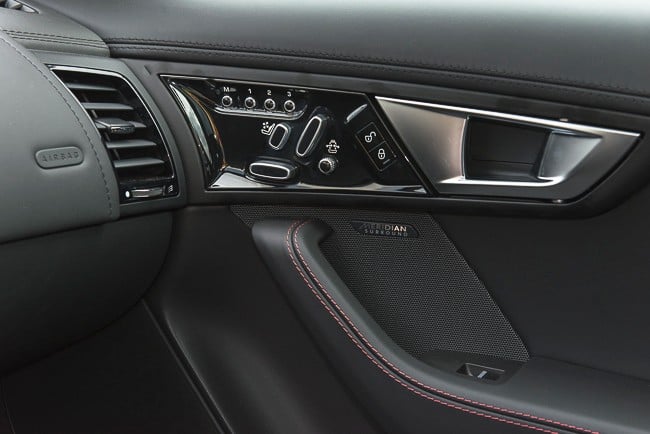 The N brand launched in Europe with the i30 hatchback and comes to North America with the mechanically similar Veloster N, now in its 2nd-generation.
Read more
Jaguar

For 2018, Jaguar has pushed the F-Type performance envelope into the stratosphere by unleashing the 575-hp F-Type SVR.
Read more
Jaguar

2019’s Fastest SUV in the World Comes from Britain