A Day at the 2015 Kawasaki Ninja Experience Tour 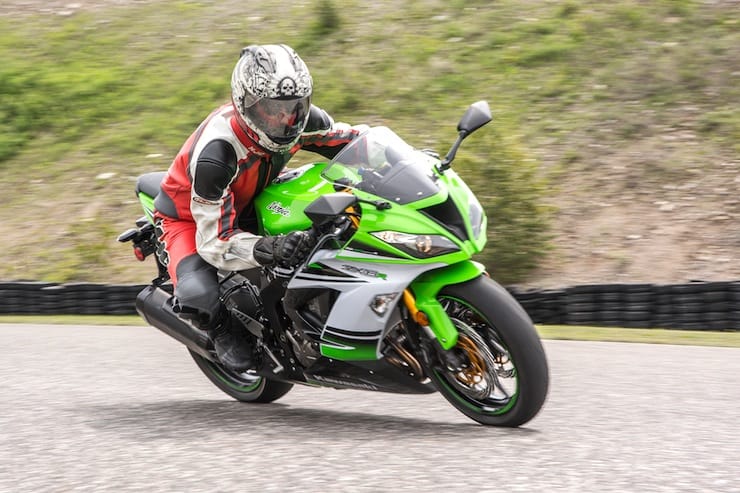 We checkout Kawasaki Canada’s Ninja Experience Tour – an opportunity for dealers and consumers to get close and personal with the brand’s latest offerings.

Few interactions in life are as exciting as purchasing a motorcycle, regardless of your age, gender or level of experience. One of the more frustrating aspects about such a purchase however is that you are rarely able to participate in a test drive like you would when buying a car or truck. This is understandable of course since the liability is substantially higher and the possibility of damage far greater, however it doesn’t change the fact that it is difficult to know which bike is right for you simply from kicking tires and sitting on it in a showroom. Enter the third installment of Kawasaki Canada’s Ninja Experience Tour, a series of events that take place at the premier racing facilities of this great nation where dealers and consumers are welcomed with open arms to ride Big Green’s latest and greatest in a (controlled) racetrack environment. This is especially smart when dealing with sportbikes that could easily land you in jail before you even get out of first gear. Taking place across the country at such legendary tracks as Cayuga, the Autodrome, Canadian Tire Motorsports Park, Castrol Park, Mission Raceway and Atlantic Motorsport Park for 2015, the event I attended was at none other than Calabogie Motorsports Park, regarded by many as Canada’s foremost motorcycle racing facility. Known mainly for the supersports and the venerable Ninja lineup that were in attendance, this year’s travelling event featured a more extensive lineup, including the Concours 14 ABS, Vulcan S, ER-6n, Versys 650 and 1000, although unsurprisingly the belles of the ball were the track-focused ZX-6R and ZX-10R.

After completing the typical sign-in documentation and liability waiver agreements, we were shown a promotional video of the new H2 and H2R then given a briefing on how the day would go. We would not be given free reign of the racetrack, we were not to engage in any shenanigans that could endanger ourselves or our fellow riders and if we were to attempt such behaviour we would be shown the gate. We were then broken up into four groups, each with a lead rider who would control the pace while demonstrating the proper riding line and a sweeper who followed behind in case anything went off the rails. Completing the track day experience were track marshals and giant big rigs towing racing trailers. Donning my full racing attire wasn’t necessary as some riders simply wore riding jackets and jeans, I immediately snagged the ZX-6R on my first set of laps. Hunching over the handlebars and thumbing the start button, the eager powerplant came alive with an assertive brap before settling into a confident hum. Once acclimatized to our chosen rides we were waved out onto the track in a pack of six, following our fearless leader at varying speeds, degrees of radius and camber. True professionals can take years to fully learn the idiosyncrasies of a racetrack and even then strategies will differ between riders. So rather than attempting to set a new lap record, I decided to focus on learning the track, developing my form and simply enjoying myself, all of which I did quite successfully I might add. Having the opportunity to ride the aforementioned ZX-6R, ZX-10R, Z1000 and the mammoth ZX-14R in a spirited fashion around a world-class racing facility gave me a whole new appreciation for the level of sophistication and engineering that has been adopted across the whole lineup even in just the last few years. Materials are lighter yet stronger, aerodynamics are more efficient and racing technology has trickled down to motorcycles that most riders can afford.

Speeds increased over the course of the morning session as riders became comfortable and thanlfully only a single yahoo was sent packing for poor behaviour, after several stern warnings. Lapping a racetrack will give you a clear idea of a bike’s capabilities and allow you to identify which one is best suited for you and what you plan to use it for. Who knows, you may even be surprised by which one is your favourite.